A Rainbow Under the Water

Scientists have discovered a new species of very colorful fish.

There are rainbows under the water—rainbow-colored fish, that is! Scientists have discovered a new species of fish that has red, orange, and purple coloring.

The fish is called the rose-veiled fairy wrasse. (Wrasses are a family of brightly colored fish.) It lives in the waters around Maldives, a nation that’s made up of a group of islands in the Indian Ocean. The area is home to many species of marine life. The rose-veiled fairy wrasse also goes by its scientific name, Cirrhilabrus finifenmaa. Finifenmaa means “rose” in Dhivehi, the language spoken in Maldives.

Researchers first spotted the rose-veiled fairy wrasse in the 1990s, but they thought it belonged to a species they already knew about. Recently, they studied the fish more closely and realized it was actually a different species.

Corals are animals, not plants. They use their tentacles to capture tiny animals called zooplankton, which drift in the water.

Coral reefs aren’t the only animals that look like plants. Check out these others.

Emerald green sea slugs
Emerald green sea slugs look like leaves, but they’re actually animals that feed on algae.
Sea anemones
Sea anemones look like flowers, but they’re animals.
Some anemones use their stinging tentacles to capture prey, such as fish.
The giant leaf insect
Guess what the giant leaf insect looks like. A leaf!
Guess what it eats. Leaves!
Sea cucumber
The sea cucumber looks like a cucumber with small feet. Sea cucumbers hurl their internal organs at attackers. Afterward, the organs grow back!
Previous
Next 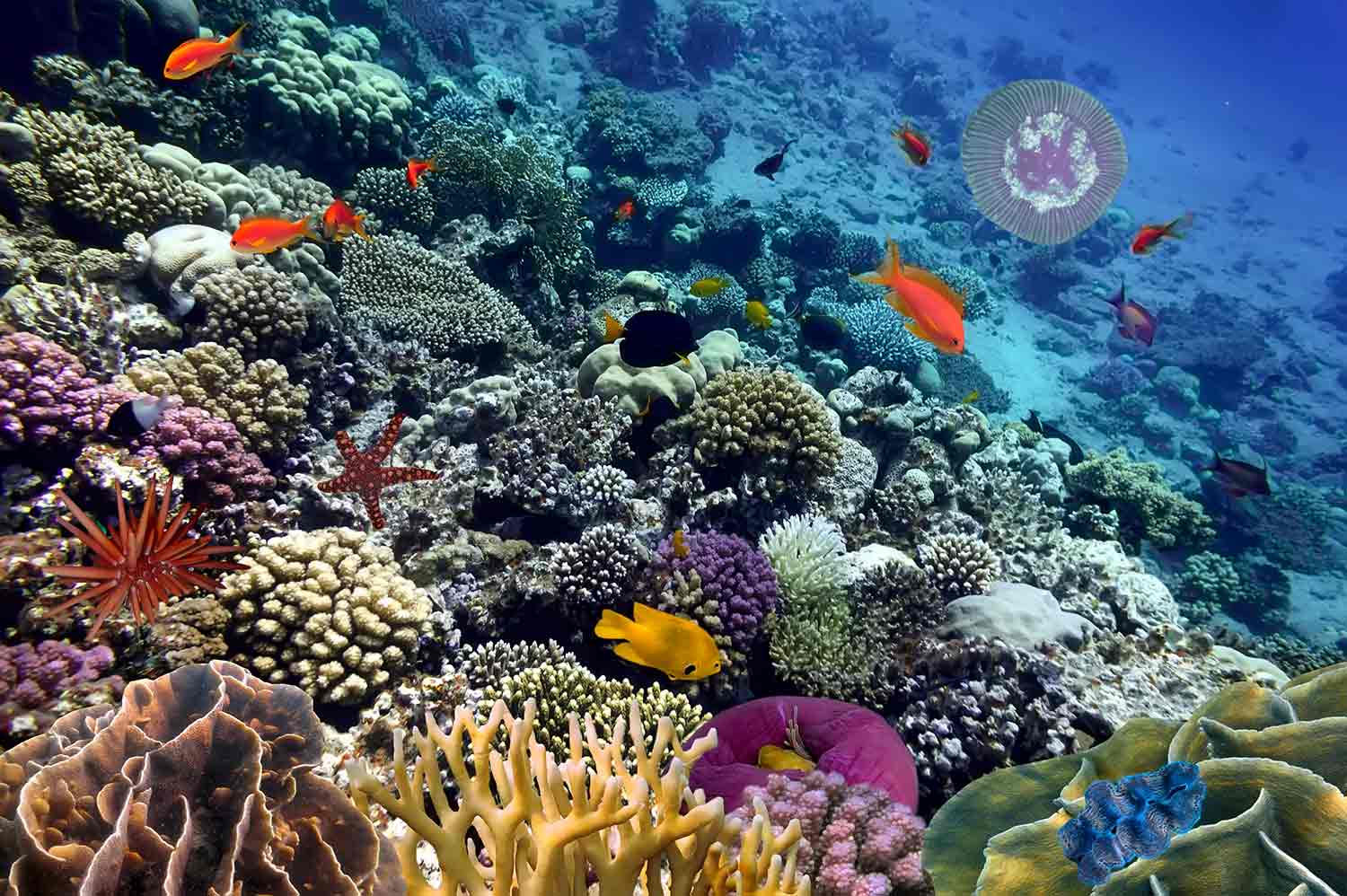 Corals are really important! Learn more about this sea life.