Ketanji Brown Jackson will be the newest justice on the United States Supreme Court.

Judge Ketanji Brown Jackson has made history! The U.S. Senate voted to confirm Jackson’s nomination to the Supreme Court, the most powerful court in the United States. Jackson will be the first Black woman ever to serve on the Court.

How do you become a Supreme Court justice? Justices are nominated by the president before the Senate votes on whether they should get the job. Those who are nominated usually have a lot of experience as a lawyer and a judge.

Jackson has had a long career in the law. She grew up in Florida, where both of her parents were teachers before her father became a lawyer and her mother became a school principal. Jackson went to Harvard University and Harvard Law School. Then she worked as a law clerk for Supreme Court Justice Stephen Breyer, which means she helped him when he was deciding cases. Jackson also worked as a lawyer and then a judge. In 2021, Jackson became a judge on the D.C. Circuit Court, which is the second most powerful court in the nation. When Justice Breyer decided to retire from the Court, President Joe Biden nominated Jackson to replace him.

Like all Supreme Court justices, Jackson will have her job for the rest of her life, unless she decides to retire. Jackson’s decisions and opinions will be very important because they will affect the lives of all Americans. 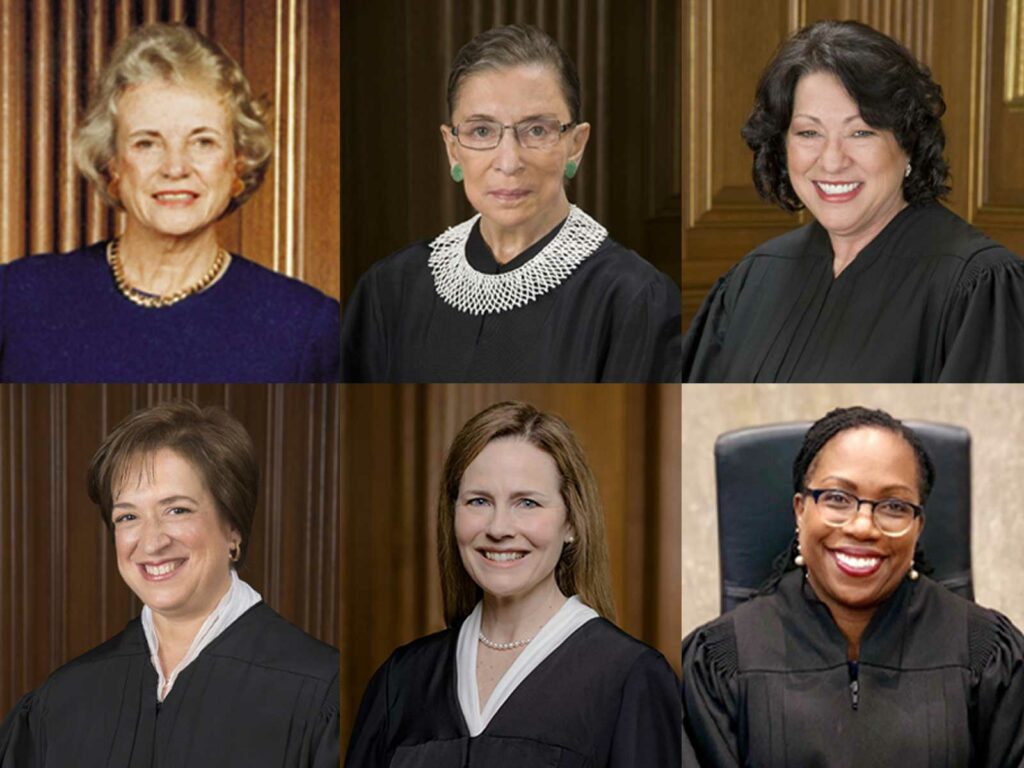 The photo above shows all the women who have been confirmed to the Supreme Court. They are (top row) Justices Sandra Day O’Connor, Ruth Bader Ginsburg, and Sonia Sotomayor, and (bottom row) Justices Elena Kagan, Amy Coney Barrett, and Ketanji Brown Jackson.

Justice Jackson will be only the sixth woman ever to serve on the Supreme Court. However, there are now four women justices on the Court.

Why the Black Robes? 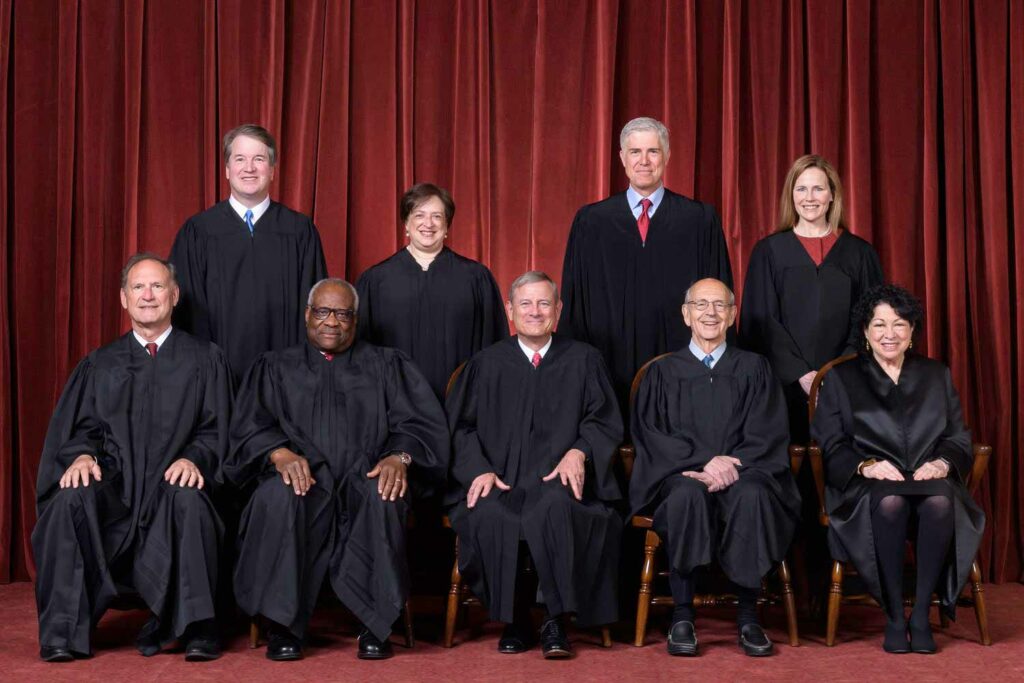 Fred Schilling, Collection of the Supreme Court of the United States

No one is sure why Supreme Court justices wear black robes. Some historians believe the tradition goes back to 1801. They think Chief Justice John Marshall decided all-black would be best to show that all the justices worked together as one body.

To this day, most Supreme Court justices have worn black. But there’s no rule stating that they must. Chief Justice William Rehnquist put gold stripes on the sleeves of his robe. And Justices Sandra Day O’Connor and Ruth Bader Ginsburg added white collars to theirs.

Which justice will dare to be different next?

Did you know there’s no jury when the Supreme Court hears a case? There’s a lot more to learn about the highest court in the U.S.!

to give official approval to (something or someone)

Can you find 12 words about transportation?