Scientists discovered something very interesting about the way orangutans communicate.

Humans make up new slang words all the time. And, it turns out, orangutans do something similar, though they don’t use words.

Orangutans can’t talk, but they do use sounds to communicate. Scientists in the United Kingdom have found that orangutans often come up with new sounds. Like human slang words, these sounds often catch on and are used by other orangutans in the community.

If this sounds familiar, it may be because this is a lot like the way humans add new words to their languages.

Scientists already know that human language is shaped by social surroundings. In other words, we begin to use new words after seeing or hearing them from friends, social media, TV, and other sources. The study provides evidence that orangutan communication is somewhat similar. Dr. Lameira told The Guardian he believes that some orangutans will invent new sounds to “show off their coolness and how [much of a] rebel they are.”

You can learn more about orangutans by clicking here. 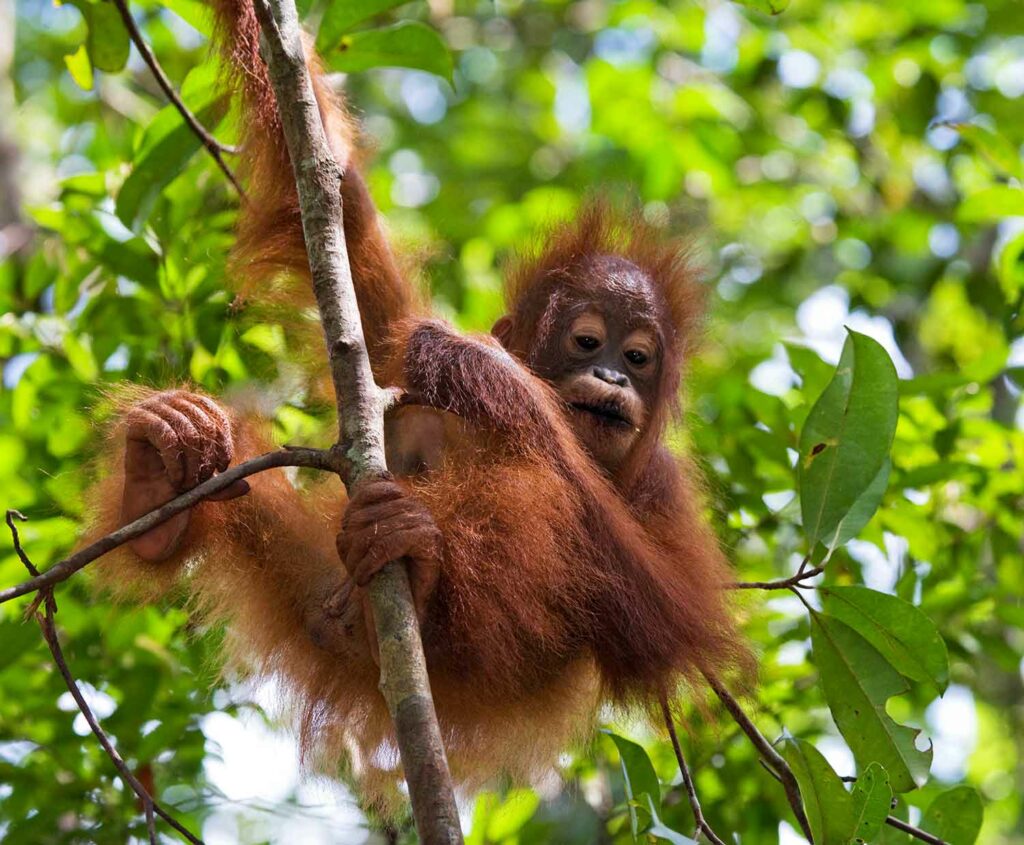 The Bornean orangutan has been critically endangered since 2016 due to habitat destruction and illegal hunting. This orangutan population has been reduced by half in the past 60 years.

Want to know how much human language changes over time? Check out these slang terms from the 1920s!

Know your onions: to know a lot about something

Sinker: a doughnut (because people would dip their doughnuts in coffee)

The bee’s knees: a highly admired person or thing

The cat’s pajamas: an excellent person or thing

: a word or phrase that is used mostly in informal speech : a colloquial expression