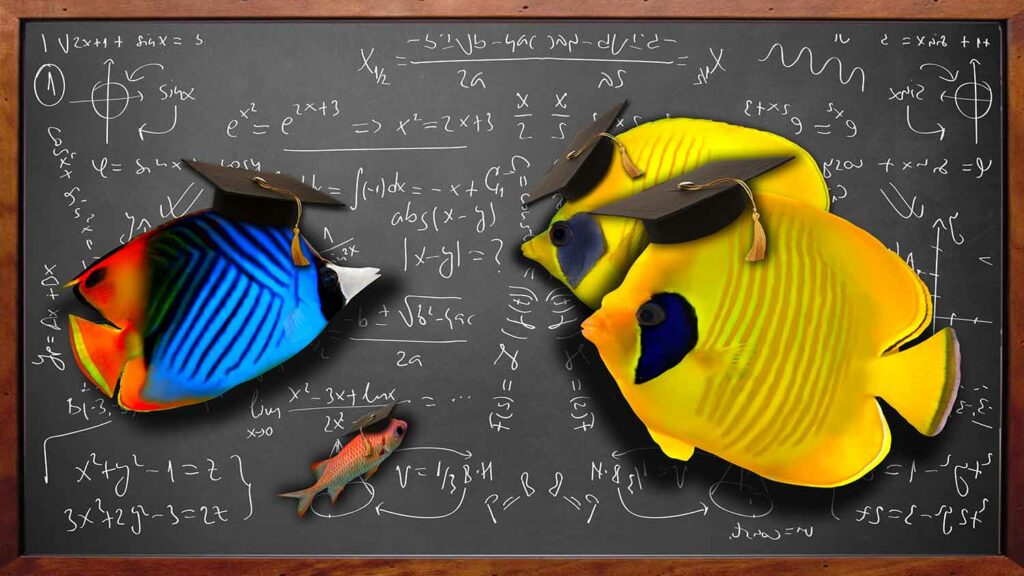 A group of scientists say they were able to train fish to do math.

No, this does not mean your pet goldfish can help you with your fractions. But in a recent study, stingrays and cichlids (a species of freshwater fish) demonstrated basic numerical skills.

“We trained the animals to perform simple additions and subtractions,” said Vera Schluessel of the Institute of Zoology at the University of Bonn in Germany.

Here’s how the study worked: Each fish was shown an image with between one and five shapes. The shapes were always either yellow or blue. Blue meant “add one to the number of shapes in the image,” while yellow meant “subtract one from the number of shapes in the image.” So, an image with three blue shapes meant “three plus one.” And an image with four yellow shapes meant “four minus one.” The fish would then be shown two new images and have to swim to the correct one. For example, a fish shown three blue shapes, or “three plus one,” had to swim to the card with four shapes.

Scientists trained the fish to do some simple problems by giving them treats when they got correct answers. Then it was time to test whether the fish really understood the concepts of addition and subtraction. The scientists did this by presenting the fish with problems they hadn’t seen before. The fish got most of the new problems right.

Some scientists not involved in the study think the results are a little…fishy. Or, at least, they question whether the fish were actually doing math. But the study authors say their findings provide clear evidence that these animals can add and subtract. 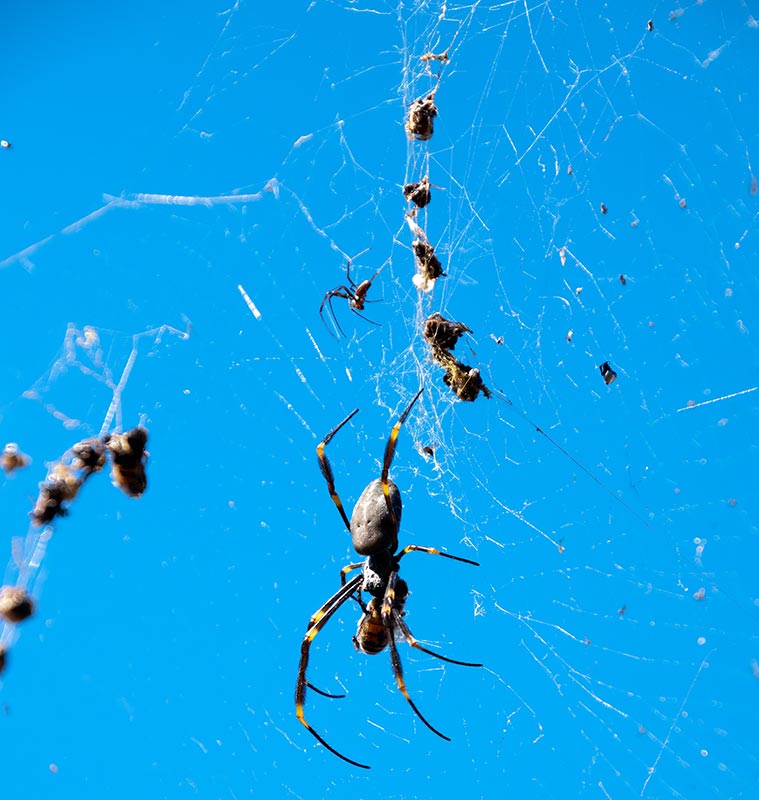 Scientists have learned that many animals seem to understand numerical values. For example, orb-weaving spiders keep track of how many prey items they’ve wrapped up and saved. If some are removed from the spiders’ webs, they go looking for them!

The Smartest of Them All 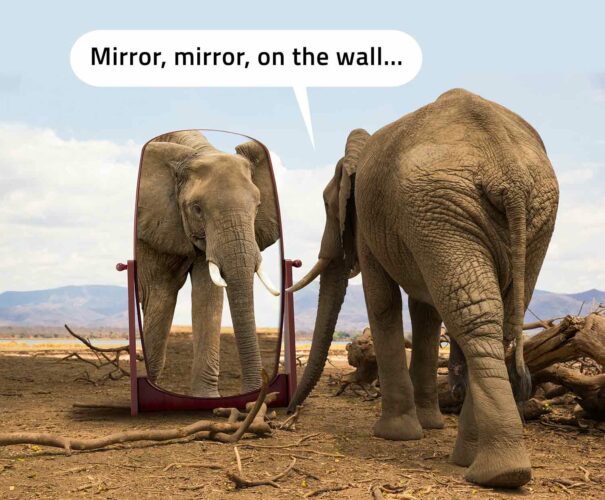 Which animals are the smartest? Well, humans are, at least by the standards of intelligence set by humans. Chimpanzees, our closest relatives, are also very bright. But don’t count out other animals!

Here are a few of the cleverest creatures.

Elephants are highly social and often work together to solve problems within their herds. Elephants can recognize themselves in mirrors—unlike cats and dogs, which seem to think their reflections are other animals.

Octopuses are a brainy bunch. In one experiment, an octopus figured out how to unscrew a container lid to retrieve the tasty morsel inside. In another, an octopus learned to recognize human individuals, responding positively to a friendly person while ignoring a person who was less friendly.

Goats can solve problems, especially when food is their reward. In one test, goats had to use their teeth to pull a rope down, activating a lever that they then had to lift with their mouths. Nine out of 12 goats were able to figure out the device after four tries, and most of them still remembered how to work the device 10 months later.

How likely are you to encounter a stingray? It depends on where you live.

: a natural ability to do something or to learn something

See if you can spot all the super smart animals. (Humans not included!)

Making Spaces Safer
An easy-to-build box can help in the fight against COVID-19.

Putting Plastic on Blast
Just in time for Earth Day, world leaders are taking on the plastic problem.