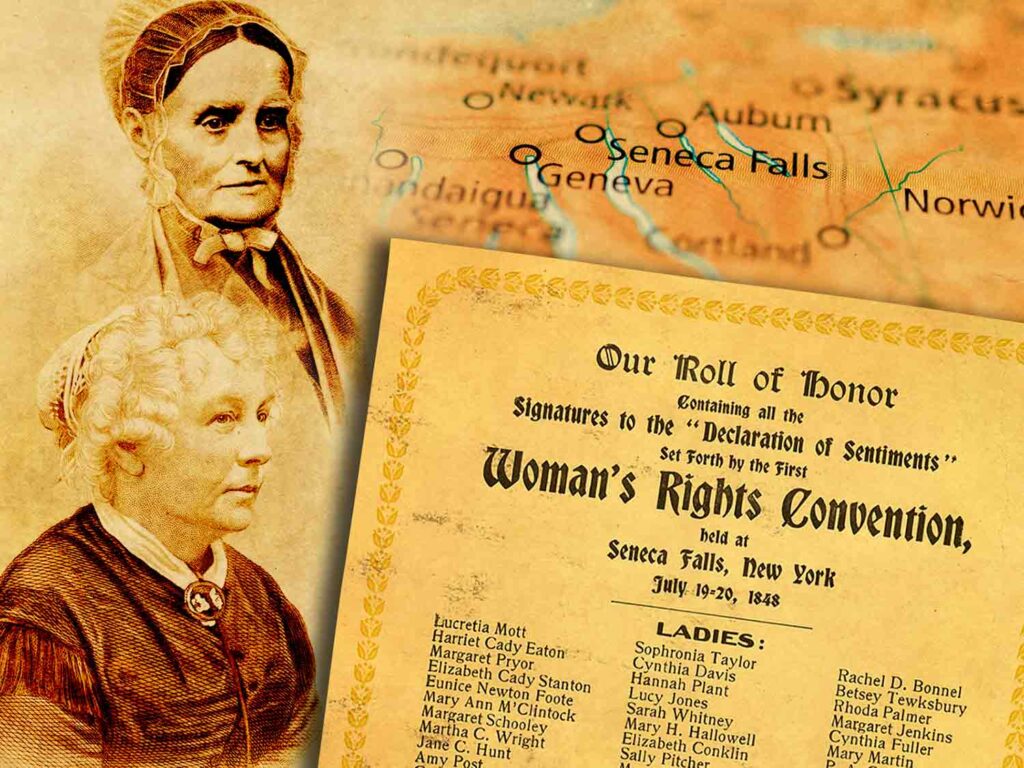 July 19 is the anniversary of the first day of the Seneca Falls Convention, which took place in 1848 in Seneca Falls, New York. The event, organized by activists Elizabeth Cady Stanton and Lucretia Mott, aimed to expand women’s rights in the United States.

Although the United States was founded under the ideal that “all men are created equal,” Stanton, Mott, and other activists knew this wasn’t the reality. Only white men had guaranteed rights. Other Americans did not. This was especially true for enslaved Black Americans. The law did not even consider enslaved people to be people. White women were far better off, but they didn’t have the same rights as white men. In most states, they weren’t allowed to sign contracts or own property, and their educational opportunities were limited. And since women weren’t allowed to vote, they were unable to participate in elections for leaders who would champion their cause. The purpose of the Seneca Falls Convention was to draw attention to these inequalities and challenge the nation to live up to its ideals.

The two-day event drew more than 300 women and men. The attendees discussed whether to adopt a document called the Declaration of Sentiments. Written by Stanton and modeled after the Declaration of Independence, the document began, “We hold these truths to be self-evident: that all men and women are created equal.” It resolved that, under the ideals of the United States, women were entitled to certain rights, including property ownership, equal education, and suffrage (the right to vote).

Only one of the resolutions in the Declaration of Sentiments turned out to be controversial—women’s suffrage. But Stanton, along with abolitionist Frederick Douglass, were eventually able to convince enough attendees to support voting rights for women. The document was ratified on July 20.

Seneca Falls was only one milestone in a long fight for women’s rights. In the decades that followed, many states would pass laws that expanded certain rights for women. In 1869, Wyoming (which wasn’t yet a state) granted women full voting rights. Some other states and territories followed. More than 50 years later, in 1920, Congress ratified the 19th Amendment, which guaranteed women in the United States the right to vote.

You can read the Declaration of Sentiments at Britannica School. 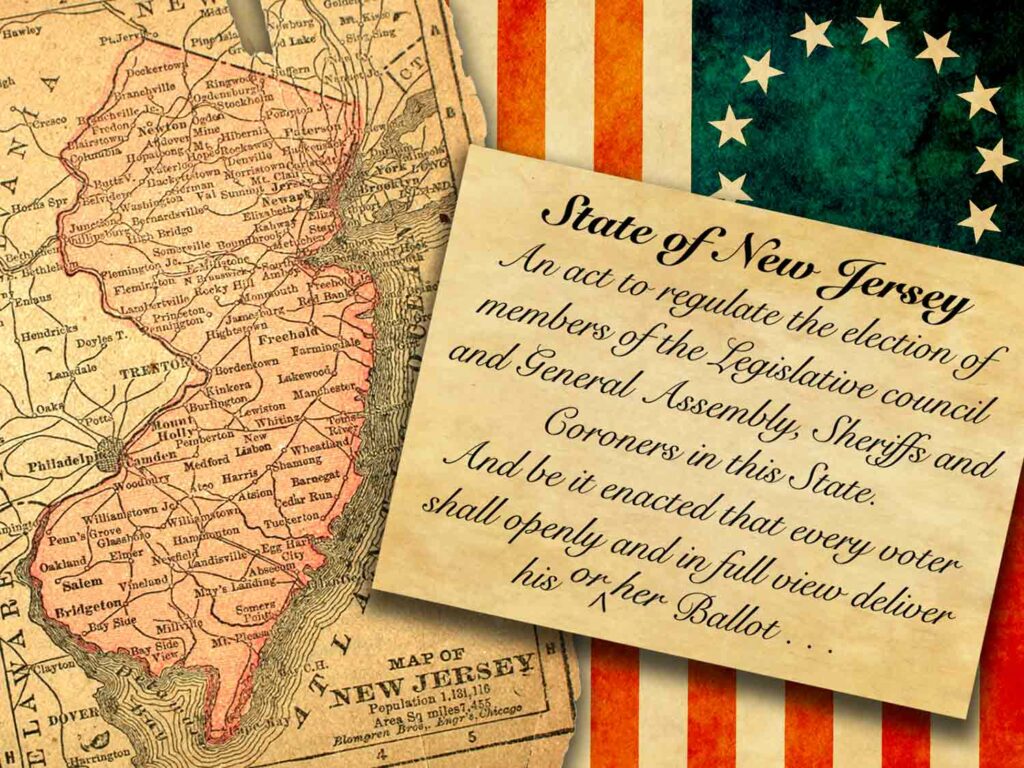 In New Jersey, some women could vote as early as 1776. The state’s first constitution granted voting rights to everyone who was old enough and had a certain amount of money. Married women (who couldn’t own property) weren’t permitted to vote. Historians are not certain whether Black New Jerseyans were allowed to vote.

In 1807, the New Jersey legislature restricted voting rights to tax-paying, white male citizens. New Jersey women would not be allowed to vote again until the passage of the 19th Amendment in 1920.

Many Black women were involved in the fight for women’s suffrage (right to vote) in the United States. Here are some of their stories.

Mary Ann Shadd Cary was born in Delaware in 1823. Although slavery was legal in Delaware, Cary’s parents were free. When Cary was 10 years old, the family moved to the free state of Pennsylvania, where they helped people escape enslavement as part of a network known as the Underground Railroad.

Cary became a teacher and then a lawyer. After the Civil War, she spoke out in favor of amending the U.S. Constitution to give Black Americans citizenship and the right to vote. When the 15th Amendment granted the vote to Black men but not women, Cary got more heavily involved in the women’s suffrage movement.

Born to free Black parents in 1825, Frances Ellen Watkins Harper was working as a teacher when she became involved in the anti-slavery movement. Eventually, she went on a lecture tour, giving speeches around the country in favor of abolition. Harper also published poems and essays about slavery and discrimination.

Harper believed strongly in the power of the vote. She was a supporter of the 15th Amendment and a founding member of the American Woman Suffrage Association. Harper pointed out that many white suffragists were concerned mainly with securing the vote for white women. At one suffrage convention, she said, “You white women speak here of rights. I speak of wrongs.”

Mary Church Terrell was born in 1863 to parents who were formerly enslaved. After attending Oberlin College in Ohio, she became a civil rights activist. U.S. lawmakers had expanded rights for Black Americans after the Civil War (1861-1865), but by the 1890s, new laws restricted some of those rights. Terrell worked to get anti-discrimination laws passed. Her work extended into the 1950s, when she protested segregation laws in the southern United States.

Terrell came of age in an era when the Constitution had been amended to grant voting rights to Black men, but not Black women. Terrell challenged white suffragists to include Black women in their cause. In 1913, she and other Black suffragists picketed the White House in support of women’s suffrage.

Want to know more about the Seneca Falls Convention?

Lucretia Mott, Elizabeth Cady Stanton, and Frederick Douglass worked to get the Declaration of Sentiments ratified.

: to give (someone) the legal right to vote