A giant ancient shark called megalodon may have faced some serious competition for food. 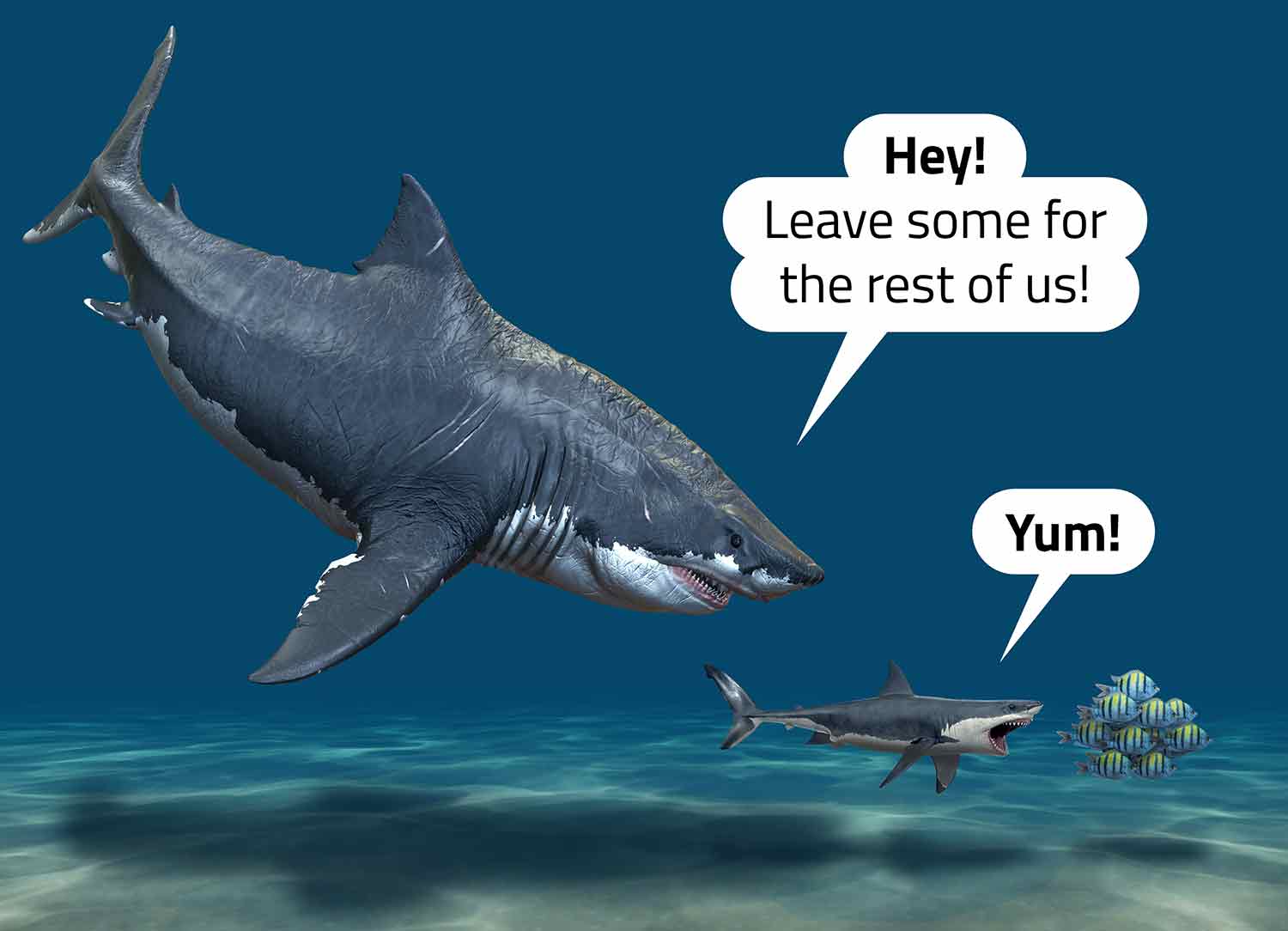 Bigger isn’t always better. Scientists say they believe that a massive prehistoric shark called megalodon may have been wiped out by the presence of a smaller shark: the great white shark.

Megalodon was a beast. At 60 feet (18.3 meters) long, it was more than three times the length of the great white shark. Megalodon’s teeth were as big as an adult’s palm. It was probably at the top of the food chain.

Knowing this, scientists have long wondered why this ancient sea monster went extinct about three million years ago. They think it’s possible that some environmental factors, like sea level changes, helped lead to megalodon’s demise. But they wondered about megalodon’s relationship with the great white shark. After all, the two species co-existed for a while, and the great white shark is still dominating the world’s oceans today.

Researchers examined zinc isotopes (variants) in the teeth of sharks that are both extinct and in existence. Zinc is an element. Zinc in tooth enamel can provide clues about an animal’s diet. Scientists found evidence that ancient megalodons and ancient great white sharks ate many of the same large fish. That means they may have been competing for food. Megalodons could have hunted great white sharks, but so far scientists haven’t found any evidence of that.

But why would the smaller great white shark win a competition against a giant megalodon? The answer may be that megalodons just couldn’t get enough to eat.

“The smaller sized great whites likely did not require as much food as megalodon did, so they would have had the competitive advantage if they were feeding on similar prey items,” geochemist Michael Griffiths told CNN. 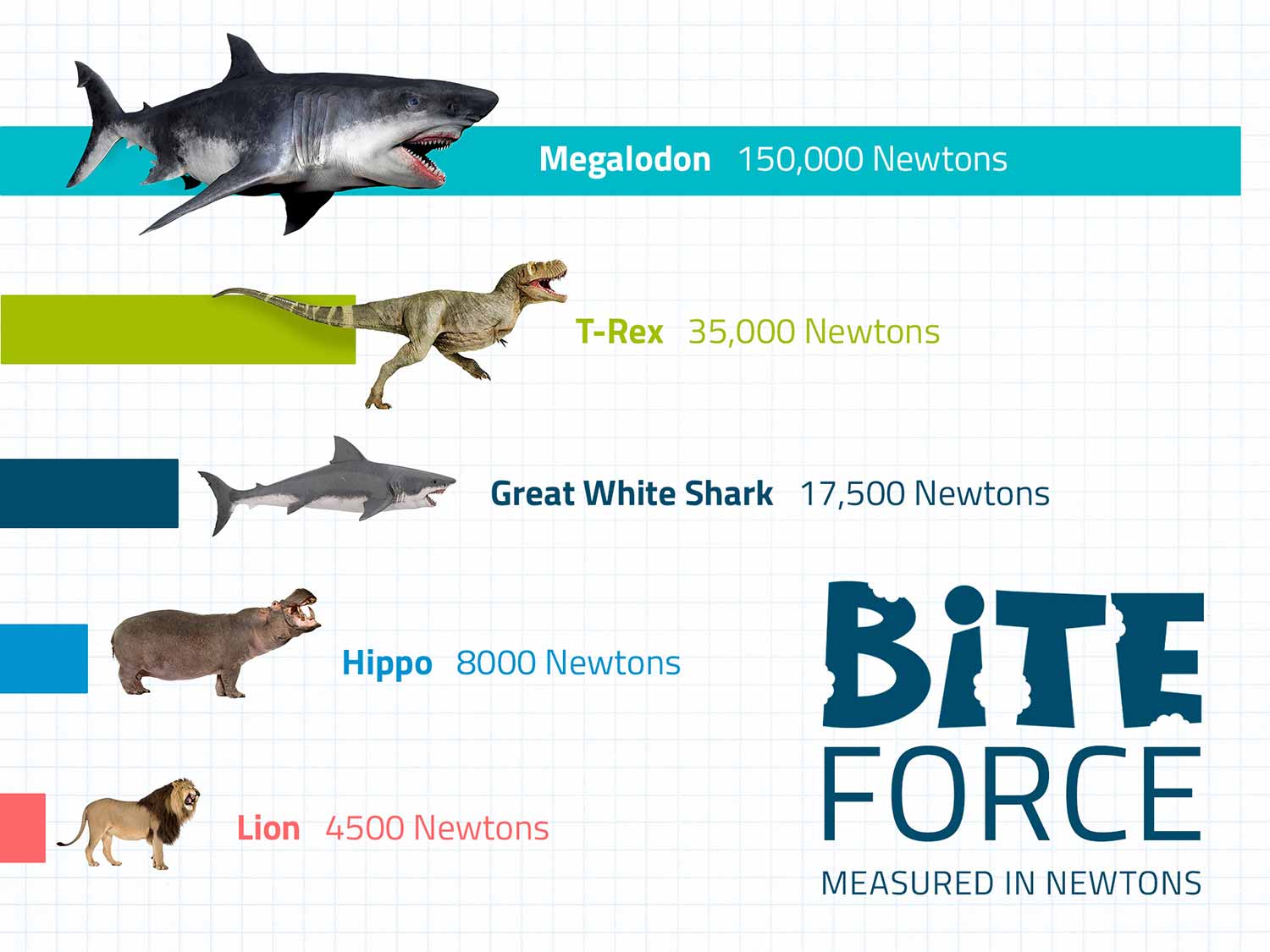 Bite force is measured in Newtons. Scientists believe megalodon’s bite force was 150,000 Newtons. Check out how that compares to some other animals.

Do Sharks Really Die If They Stop Swimming?

It’s a widespread belief: If sharks stop swimming, they die. But is that actually true?

It’s true for some shark species but not others. For example, the nurse shark and the tiger shark can stop swimming whenever they want. They breathe by way of buccal pumping, actively “inhaling” water by using cheek muscles to draw it into the mouth and over the gills. This allows sharks to stop moving but continue breathing.

But some shark species don’t have the luxury of buccal pumping. For example, the great white shark, the whale shark, and the mako shark don’t have buccal muscles at all. Instead, these sharks rely on obligate ram ventilation. This is a way of breathing that requires sharks to swim with their mouths open. The faster they swim, the more water is pushed through their gills. If they stop swimming, they stop receiving oxygen. They move or die.

Megalodon’s teeth were up to 6.9 inches (17.8 centimeters) in length. Find out what made this apex predator tick. 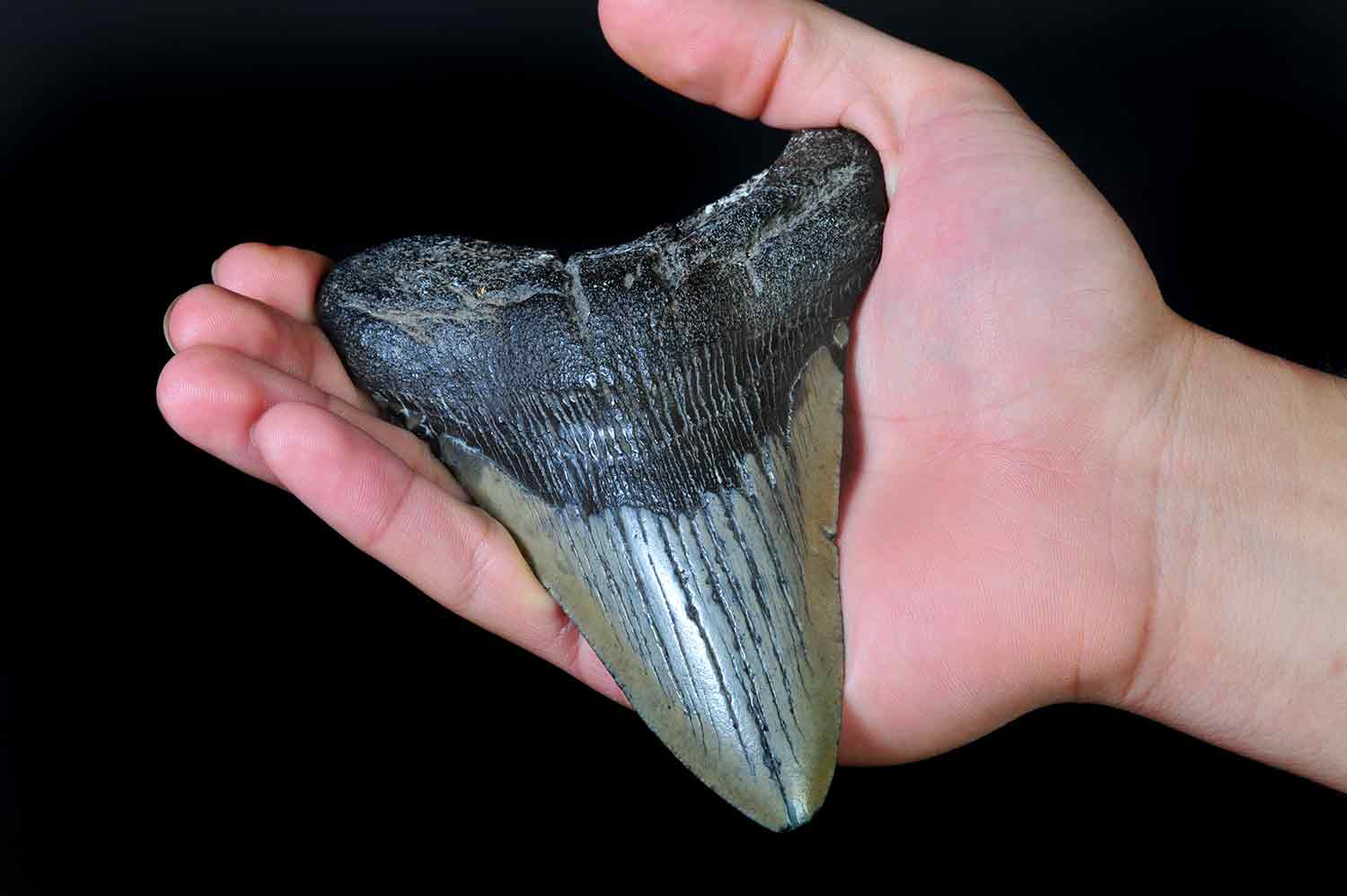 See how many shark and shark-like words you can find.

Gabriel’s Gift
A 12-year-old woodworker from England found a creative way to help children in Ukraine.