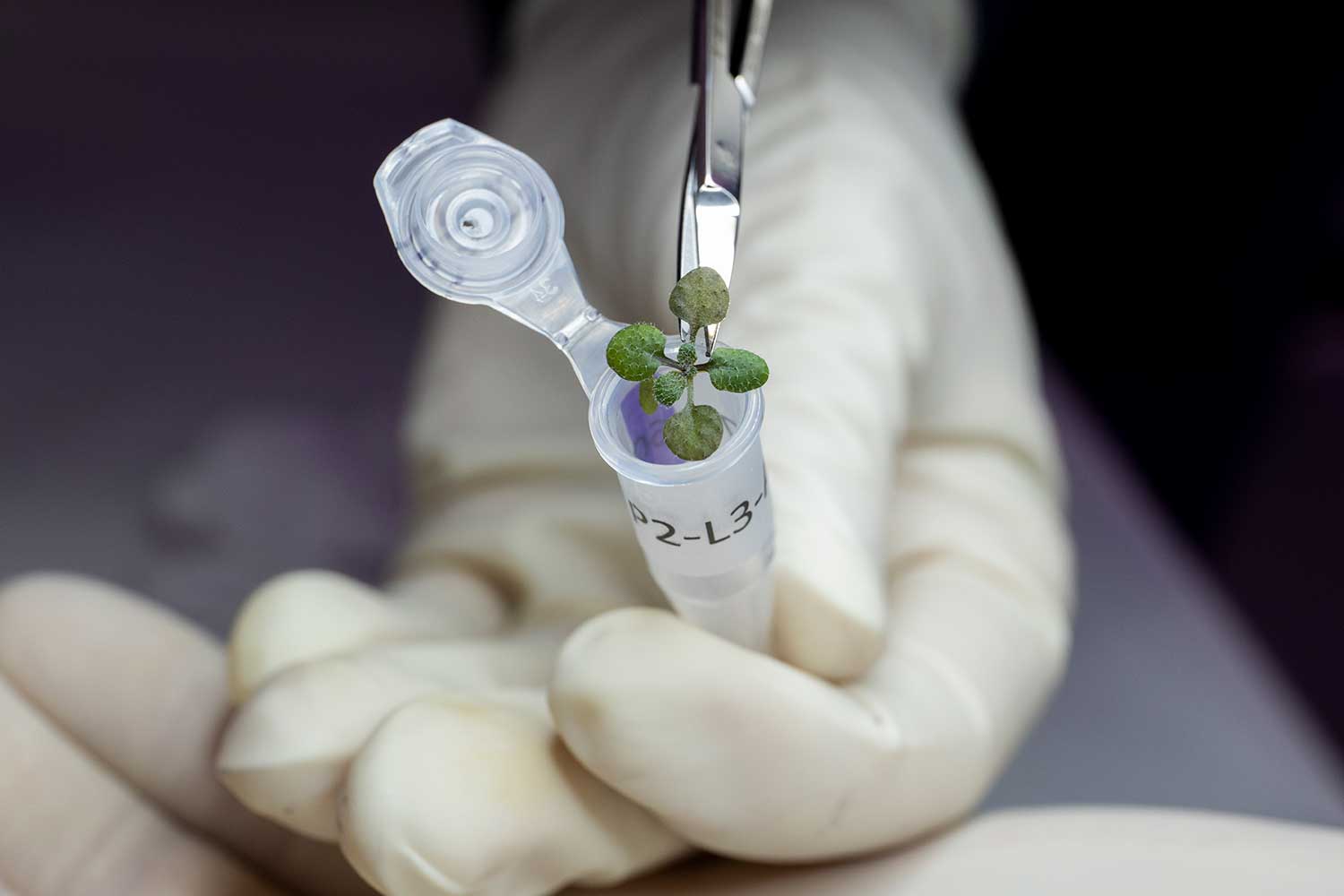 Scientists have successfully grown plants in soil collected from the Moon. They say this suggests that it may one day be possible to cultivate crops on the lunar surface and beyond.

Scientists received samples of material that had been collected from the lunar surface during the Apollo missions to the Moon that took place in the 1960s and 1970s. They planted seeds from a plant called thale cress in the lunar material and added water and nutrients. They planted thale cress seeds in some Earth materials as well, some from extreme environments, including volcanic ash. They put all the plantings under an LED light to encourage growth. The result? Nearly all the seeds sprouted, including the seeds that had been planted in the lunar material.

Scientists reported that the seedlings didn’t thrive in the lunar soil the way they did in some other materials. They were smaller and grew more slowly. Their green leaves had some reddish black pigment, which is a sign of stress. 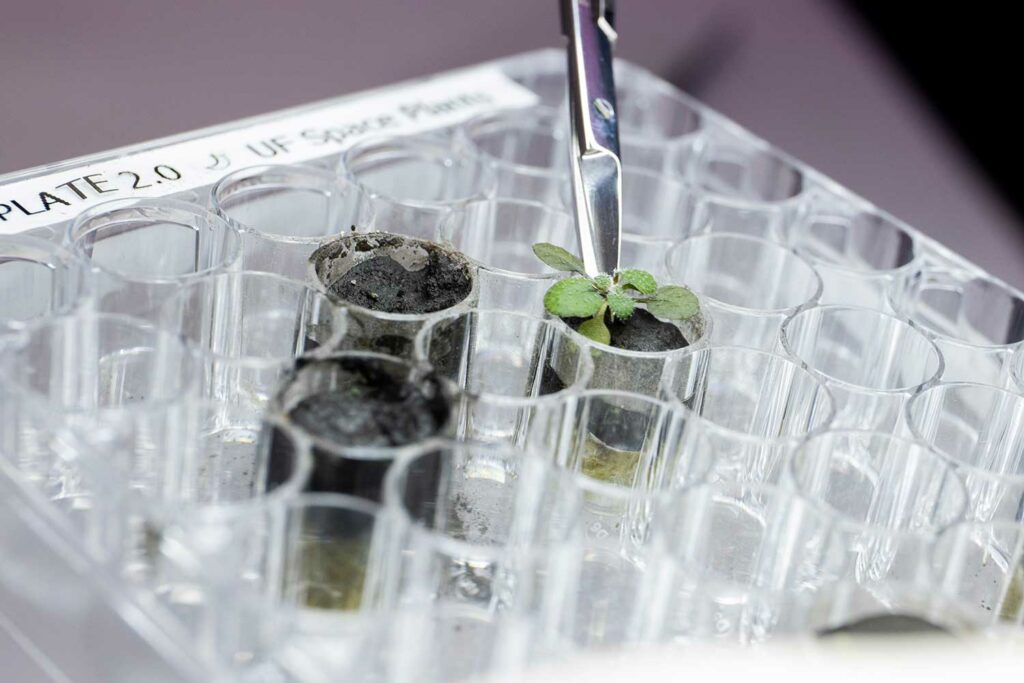 The experiment is part of scientists’ investigation into space agriculture. Long space missions would require the ability to cultivate food in space. So far, scientists have been able to grow food on the International Space Station. But they aren’t sure whether it’s possible to do so on celestial bodies other than Earth.

“To explore further and to learn about the solar system we live in, we need to take advantage of what’s on the Moon, so we don’t have to take all of it with us,” said NASA scientist Jacob Bleacher.

There are still plenty of questions to be answered. Scientists want to find out if there are ways to reduce stress for plants that grow in lunar soil. They also don’t know how well plants would do on the Moon, where the soil is regularly exposed to cosmic rays and solar wind. They’re not sure how the lunar soil would affect the nutritional value of crops, if at all. And they have more questions about how well the soil on the Moon would tolerate having to support crops. Lunar soil is very dry, so crops would need to be watered heavily.

Scientists will keep investigating. Their hope is that, someday, crops on the Moon—and maybe even on Mars—will be a reality. 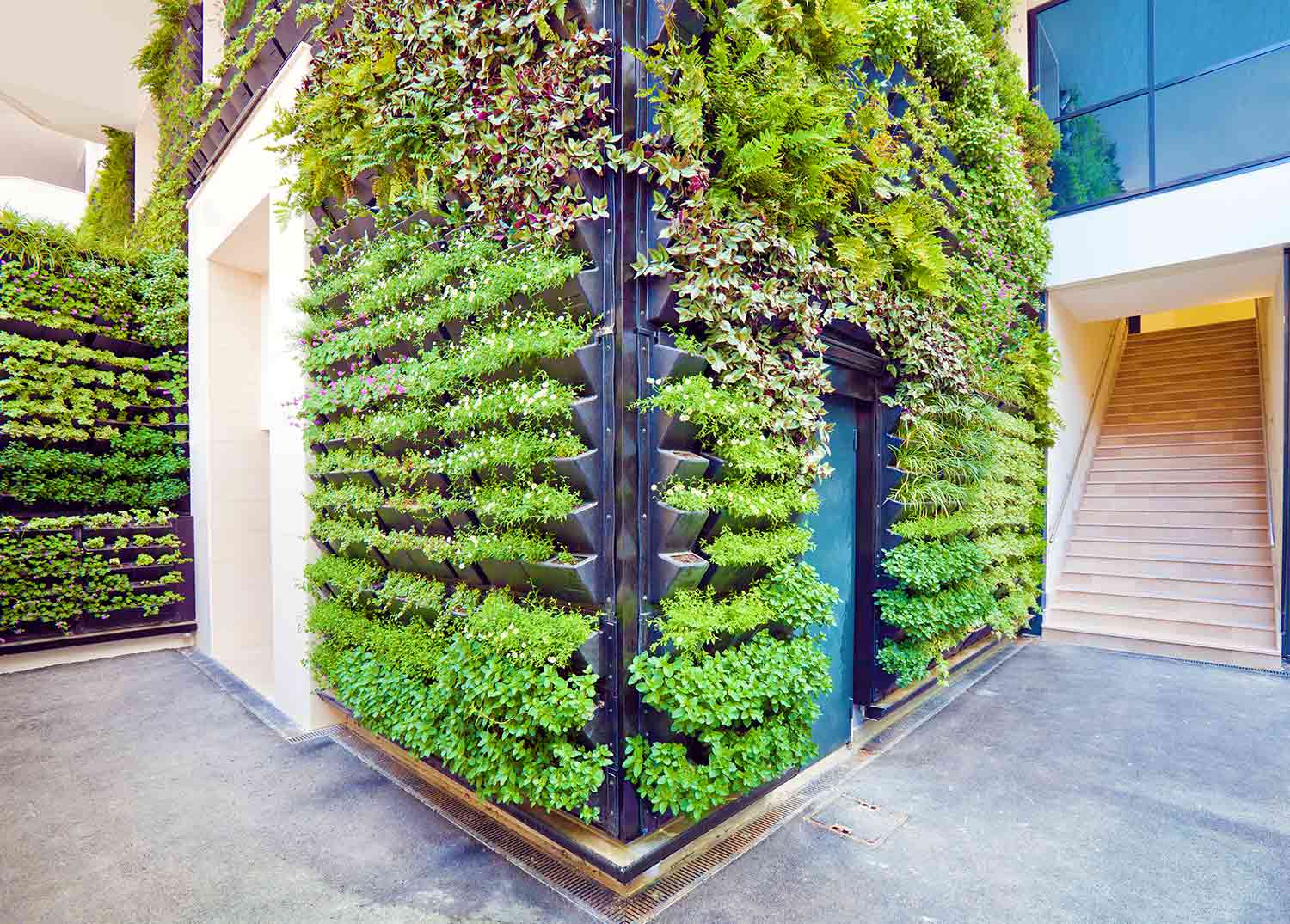 Here on Earth, you don’t need soil to grow food. Hydroponics is the practice of growing plants in water that has nutrients added to it.

Scientists say there are plenty of advantages to raising crops hydroponically. For one thing, plants can be grown in areas where the soil is poor. Without the need for fertile land, crops can be cultivated anywhere—even inside abandoned city buildings. And growing food in urban areas means using less fuel to transport crops to city dwellers. Meanwhile, forests don’t need to be cut down to create farmland. 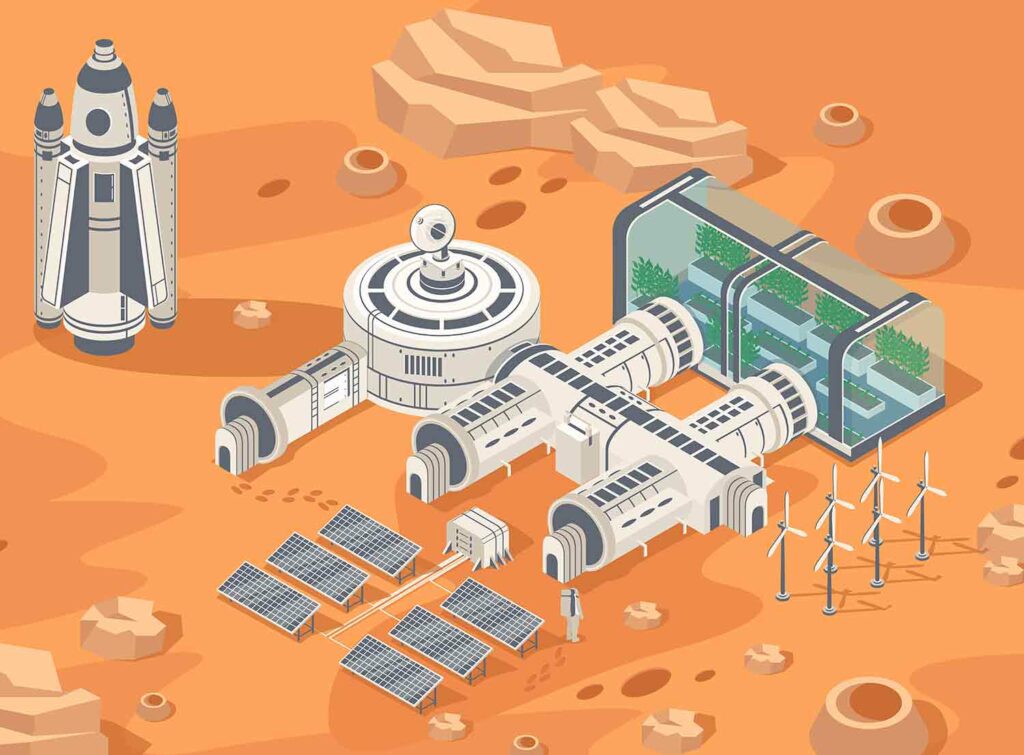 Some people believe humans might build a settlement on Mars before the year 2050. But for Earthlings to settle on the Red Planet, we’ll have to overcome a long list of logistical challenges.

Among the biggest challenges is the need for a self-sustaining food supply. After all, it takes about seven months to travel to Mars, so trips to the supermarket are not going to happen. Transporting and then supporting large livestock for meat and dairy production probably isn’t practical either.

Producing a food supply on Mars will require outside-the-box thinking. For example, scientists have been able to grow meat and fish products in a lab, and they’re working on creating lab-based milk and egg products too. Some people believe this could happen on Mars. Another possibility is to build insect farms, where food could be produced quickly with little water and support a potentially large population. Chowing down on bugs wouldn’t be difficult to get used to. People in many regions of Earth already incorporate insects into their diet.

And crops? Scientists say it’s not reasonable to expect a plant to grow on Mars without some serious help. The Sun is so far away from Mars that its light and heat would not be strong enough to support crops. Instead, scientists say, growing crops would probably require the use of LED lights.

As for whether plants will grow in Martian soil, scientists have yet to determine that.

Who needs soil when you have hydroponics?

See how many answers you can get.

Gabriel’s Gift
A 12-year-old woodworker from England found a creative way to help children in Ukraine.