Say Hello to the Stone Age

Scientists have made a reconstruction of a woman who lived in what’s now Sweden 4,000 years ago. 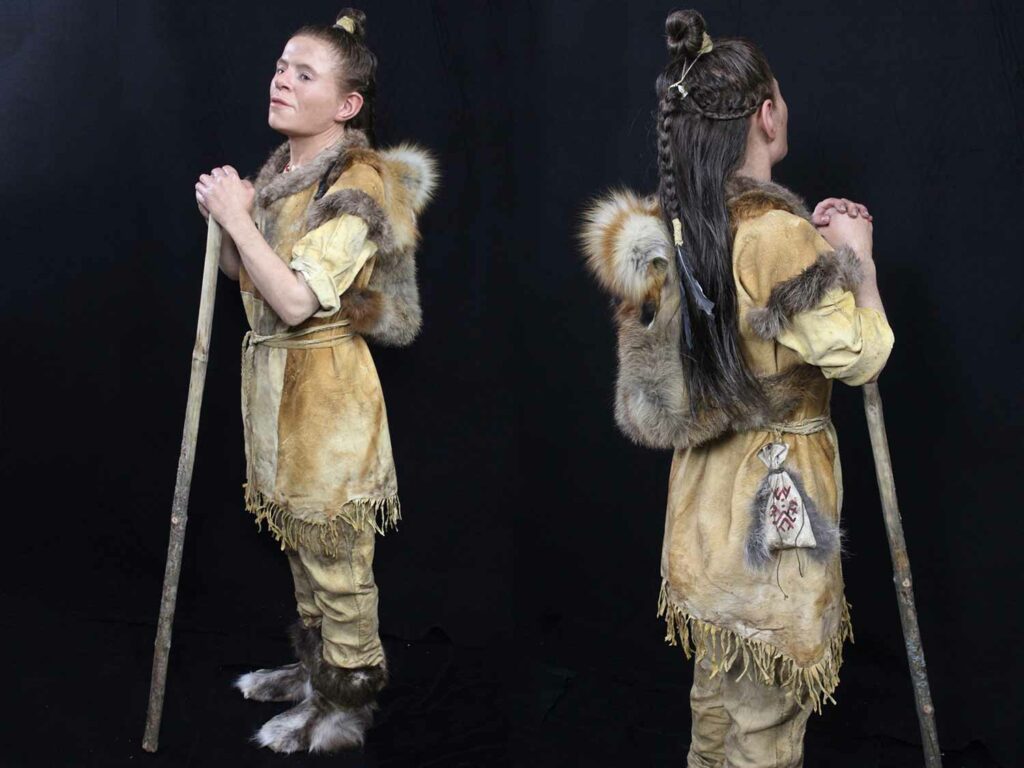 Get ready to meet a woman from the Stone Age.

Nearly 100 years ago, a road construction crew in Sweden found the remains of a woman who had died about 4,000 years earlier. Now, a forensic artist has made a reconstruction of what the woman might have looked like.

The likeness of the woman is on display at Sweden’s Västernorrlands Museum. Scientists used her skeleton to determine that the woman stood about 4 feet, 11 inches (149.9 centimeters) tall and was in her late 20s or early 30s when she died. To figure out what her face looked like, artist Oscar Nilsson scanned the woman’s skull and then made a copy of it with a 3D printer. He also used information thought to be true about the woman’s age and ethnicity, which can affect the shape of a person’s face.

Nilsson had to take some educated guesses about the woman’s appearance. Her DNA, which would have revealed traits such as hair color and eye color, was not well preserved. But scientists know that there were three large migration waves into ancient Sweden. The one that took place during the woman’s lifetime included pale-skinned farmers with dark hair and brown eyes. So they believe the woman may have had these traits.

Scientists aren’t sure if the woman was a farmer. She lived during an era when many people were transitioning from hunting and gathering their food to living in one place and farming the land. She may have done one or the other, or both.

We don’t know everything about how ancient humans lived, but we’re getting closer to knowing what they looked like. 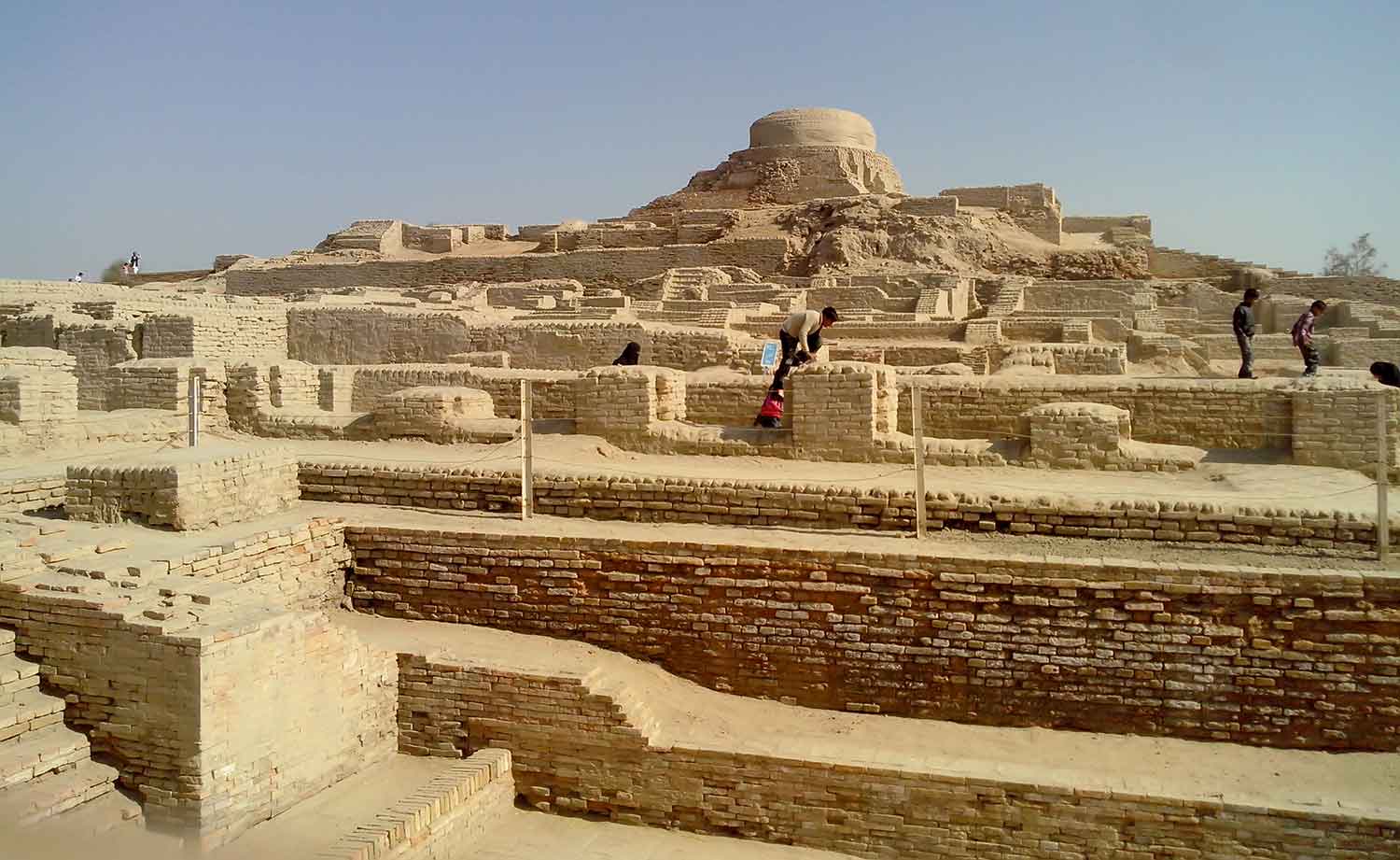 These are the ruins of what was the largest city in the ancient Indus Valley civilization. The ruins are located in what is now Pakistan.

The Stone Age woman described in the article lived 4,000 years ago in what’s now Sweden. During this era, humans were already developing early civilizations in many parts of the world, including Mesopotamia and regions now known as Central America, China, and India.

What did Britannica School have to say about one of these civilizations?

Creatures of the Stone Age

Dinosaurs became extinct long before humans existed. But Stone Age humans did know some giant beasts—and may have caused some of them to go extinct.

Think lions have big teeth? Ancient humans lived at the same time as this fanged cat, which went extinct about 8,000 years ago. In fact, it’s possible that humans helped bring saber-toothed cats to extinction by hunting them.

Modern humans know woolly mammoths from their mummies, remains of the animals that were incredibly well preserved after being trapped in ice. But for part of the Stone Age, woolly mammoths were alive and well. Mammoths became extinct about 10,000 years ago, probably because of a cooling climate.

An armadillo is fairly small. Its ancient cousin, Glyptodon, was anything but. Weighing in at more than 2 tons (1.81 metric tons), this beast was about the size of a car and defended itself with its powerful tail. Humans knew Glyptodon but didn’t love it. In fact, they hunted the animal, possibly helping to hasten its extinction about 11,000 years ago.

How can we draw so many conclusions from human remains? Archaeologists dig up clues and find the answers. 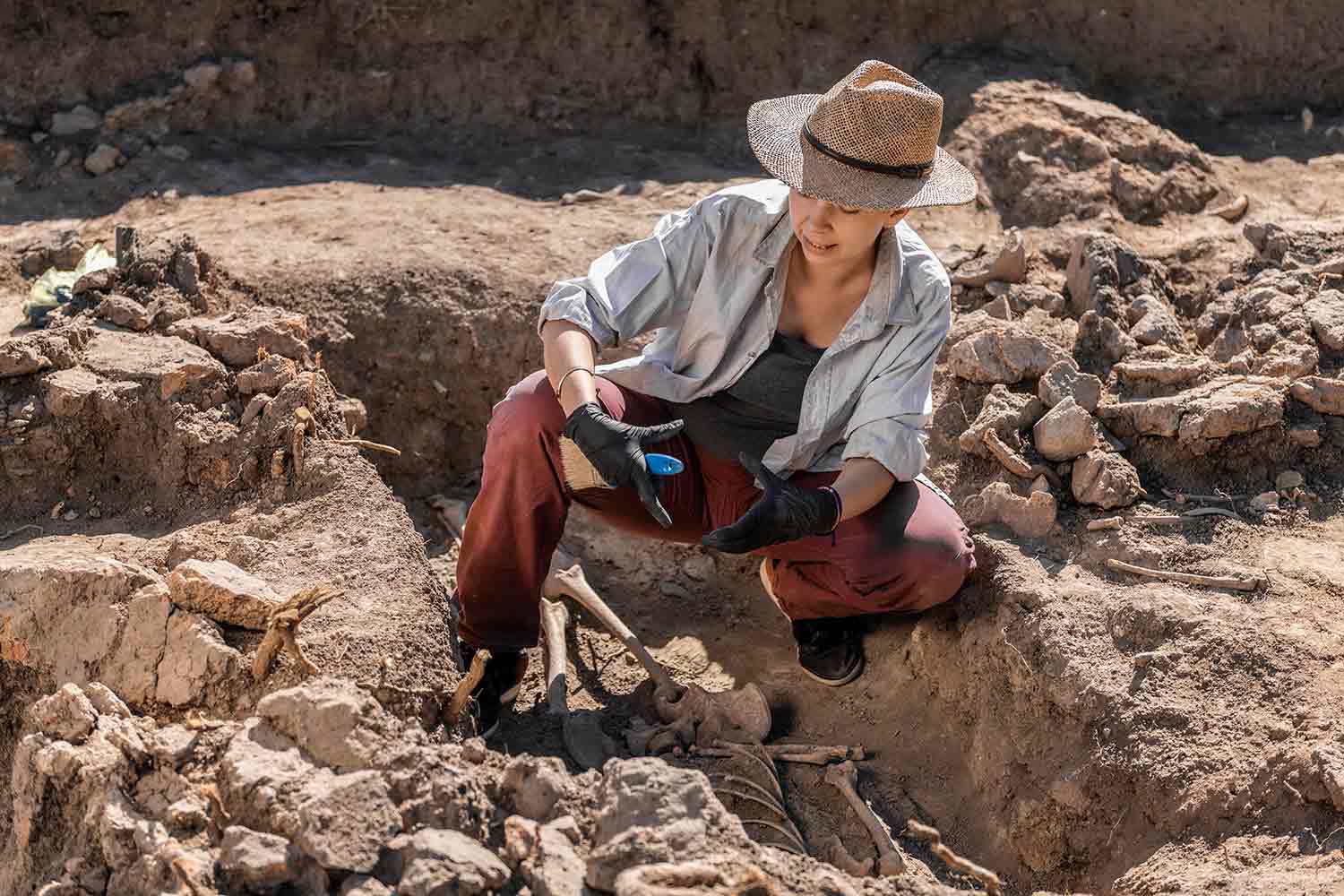 : of or relating to the time during the Stone Age when people used stone tools and began to grow crops, raise animals, and live together in large groups but did not read or write