A man who lost the power to speak can now use a computer to communicate. 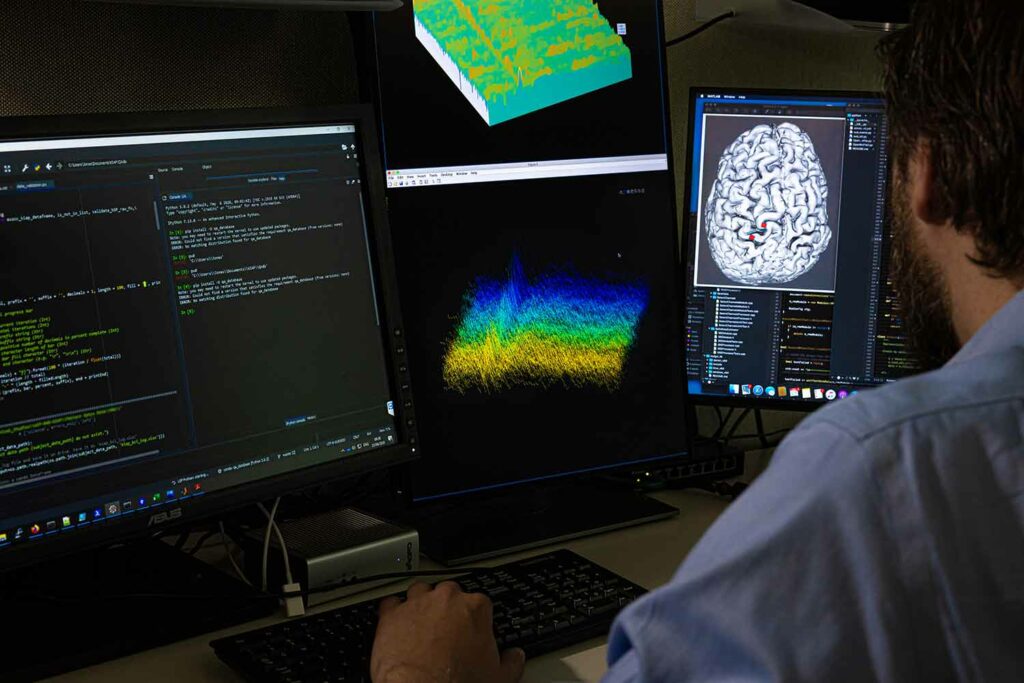 Researchers say a man who is paralyzed and cannot speak was able to communicate after receiving a brain implant.

The man has ALS, a disease that gradually causes a person to be unable to move. The man lost his ability to speak a few years ago and began communicating with his eyes. But his family knew that, eventually, he would be unable to move his eyes. So researchers decided to try something called auditory neurofeedback.

His brain activity would produce a sound wave, which people hear as a tone, or musical note. The greater the brain activity, the higher the tone. The man learned to attempt eye movement in a way that would produce a certain tone. When he wanted to say “yes,” he produced a higher tone. When he wanted to say “no,” he did nothing. This produced a lower tone.

Once the man learned to communicate yes and no, he could spell out sentences. He would say “no” to letters until he got to the right one. One by one, he would spell out the words.

Now the man can communicate with his family, all because of a device that’s in his brain.

Neurons are brain cells that transmit information within the brain and between the brain and other parts of the body. Neurons have long extensions, which work sort of like wires. They send electrical currents down these extensions. When the current gets to the end of an extension, it releases a signal to other neurons.

You may have heard that humans use only 10 percent of their brains. Some people have even speculated that we’d all be geniuses if humans could only unlock the other 90 percent. But is the “10 percent” notion true?

Also, living things evolve due to a process called natural selection. That is, species adapt over time so they have a better chance of survival in their environment.  Brain tissue requires lots of the body’s energy. It wouldn’t make sense if such an energy-hungry organ was mostly useless!

Our brains are constantly sending signals to other parts of our bodies to trigger them to do things we don’t even think about, like breathing!

: to express (something, such as an idea) in words

How many words can you make from these letters? All your words must be at least four letters and use the letter in the center.