If you think your cat is big, check out Fenrir. This fantastic feline has just been named the tallest cat in the world!

Fenrir is a Savannah cat. A Savannah cat is a cross between a domestic (totally tame) house cat and a serval, which is a kind of wild cat. Savannah cats are usually larger than other house cats, but Fenrir is large even for a Savannah!

And he might get taller. Savannah cats sometimes keep growing until they’re about 3 years old. Fenrir was measured for the Guinness world record before he reached his third birthday.

Being tall comes with certain advantages. Like some dogs, Fenrir can reach kitchen countertops by standing on his hind legs. On top of that, he LOVES to eat—so his human dad, William Powers, knows not to leave any human food sitting out.

But while Fenrir may be naughty sometimes, Powers describes his cat as “friendly and outgoing.” Powers, who is a doctor, takes Fenrir to his office sometimes. The giant cat loves to be petted, and he has a calming effect on patients who may be a little bit nervous about being at the doctor’s office.

Fenrir spends most of his time at home, where he knows how to relax and have fun.

“Fen is a big lovable goofus,” Powers told Guinness. “He’s a very silly cat, and loves to play and run around.”

A cat can jump up to nine times its own height from a sitting position! 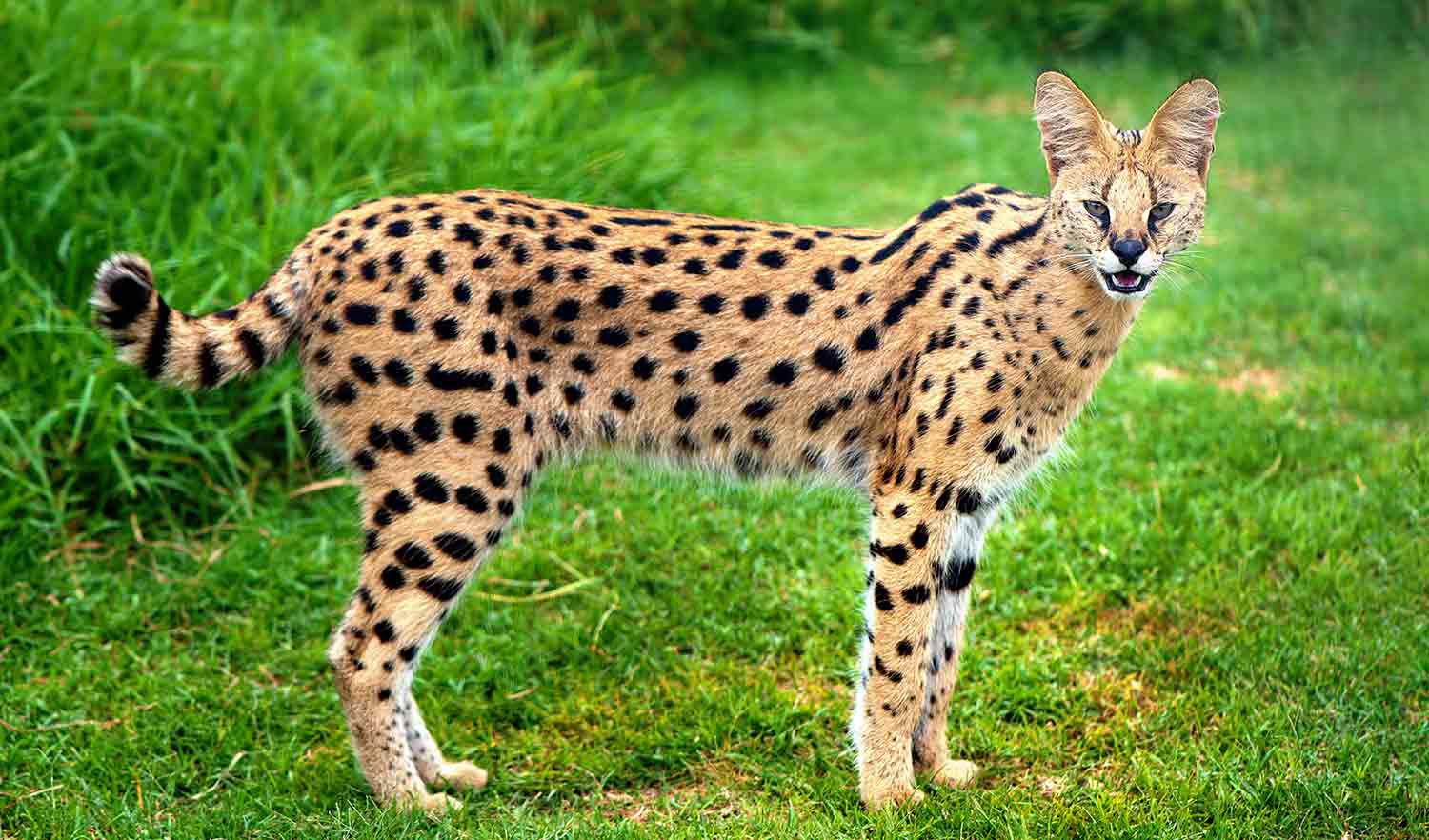 No, the cat in the photo is not a house cat. It’s a serval!

A serval is a species of wild cat that lives in the savannas (grasslands) of Africa. Servals have long legs, very long necks, and the largest ears of any cat. Servals aren’t nearly as large as big cats like lions or tigers, but they’re much larger than house cats. They weigh about 40 pounds (18.1 kilograms).

Servals love the water, which is handy, because water animals make up part of their diets. These cats hunt reptiles, frogs, and crabs. They also like to eat birds. How does a cat hunt a bird? A serval can jump into the air and take down a flying bird with its paws! Servals also feast on rodents and insects.

If you read the article about Fenrir the Savannah cat, you’ll remember that a Savannah cat is a cross between a domestic cat and a serval. Does Fenrir look anything like the serval in the photo? Judge for yourself!

Cats of All Kinds 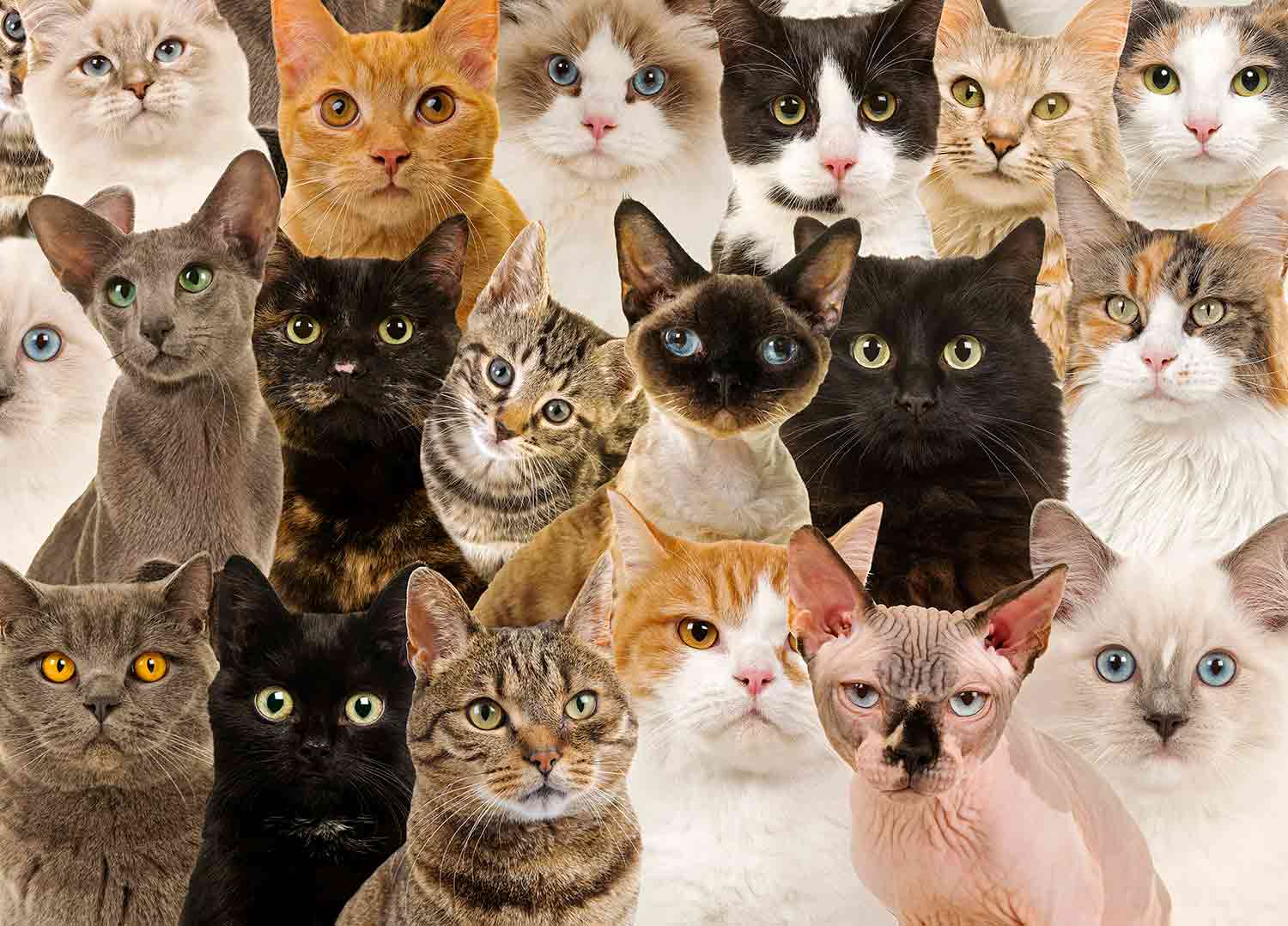 There are many dog breeds. Did you know that there are a lot of cat breeds, too? Learn more at Britannica School!

: quiet and secret in order to avoid being noticed

Can you find all the cats that are hidden in this puzzle?