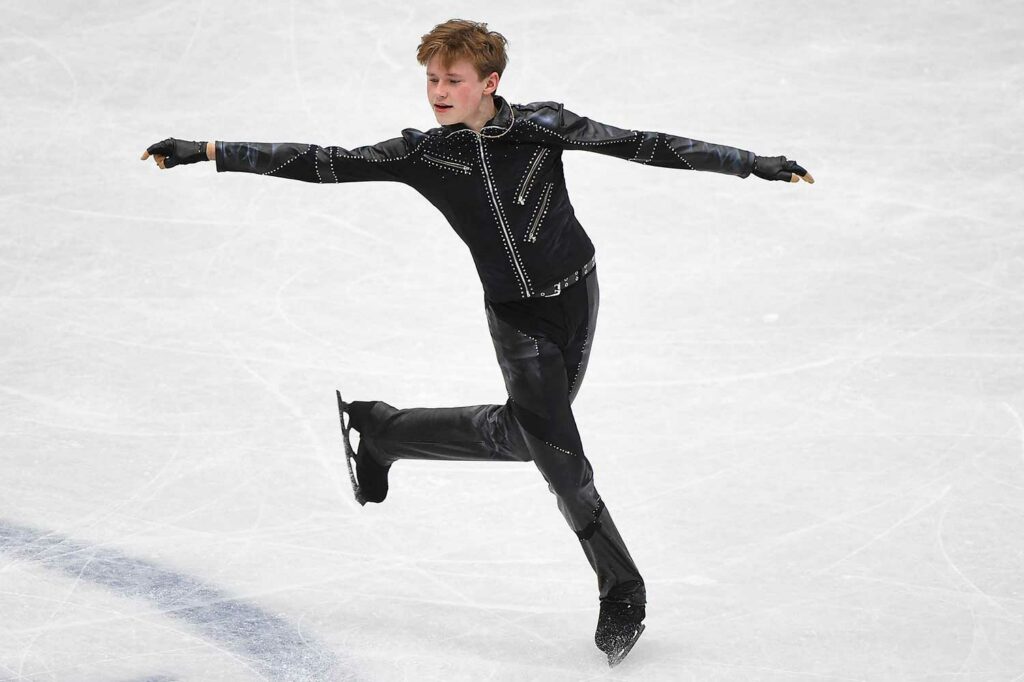 Ilia Malinin doesn’t just ice skate. He flies! Malinin can jump off the ice, rotate (turn) his body four and a half times, and land on one foot. This type of jump is called the quadruple (quad) axel. In September, 17-year-old Malinin became the first figure skater ever to land a quad axel in a competition.

Malinin, who is American, landed the jump at a skating competition called the U.S. International Classic. He said he had done the quad axle many times during practice. But he wasn’t sure if he’d be able to do it during a competition, with so many people watching.

“When I’m practicing [the quad axel], it’s pretty easy for me to figure out how to get the right timing and everything…,” Malinin told reporters. “To do it in competition is a different story because you have nerves and pressure…. So I have to treat it like I’m at home, and it feels pretty good.”

At the 2022 Winter Olympics in February, Japanese skater Yuzuru Hanyu tried a quad axel. Hanyu had been able to complete the jump in practice, but he fell when he tried it in the competition. Malinin was impressed that Hanyu tried the jump. It made him want to try it, too.

Skating fans are excited about Malinin. He won the silver medal at the U.S. National Championships last season. He’s also a junior world champion. Could the 2026 Olympics be next?

Figure skating requires strength, balance, and grace. Figure skaters have to learn how to skate in a certain way so that they can do jumps, spins, and other difficult moves. They need to know just how much to tilt the blades on their skates when they’re gliding across the ice. They try to keep their bodies in just the right positions, or they could fall. And, like dancers, figure skaters need to have great posture.

Hockey players don’t do jumps and spins. Their job is to make sure that the puck gets to the goal post. But athletes always benefit when they gain more control over the way they move. And many hockey players have found that by improving their skating, they improve their game!

It’s All in the Skates

: able to move quickly and easily

All of the words hidden in this puzzle are related to winter sports. How many can you find?