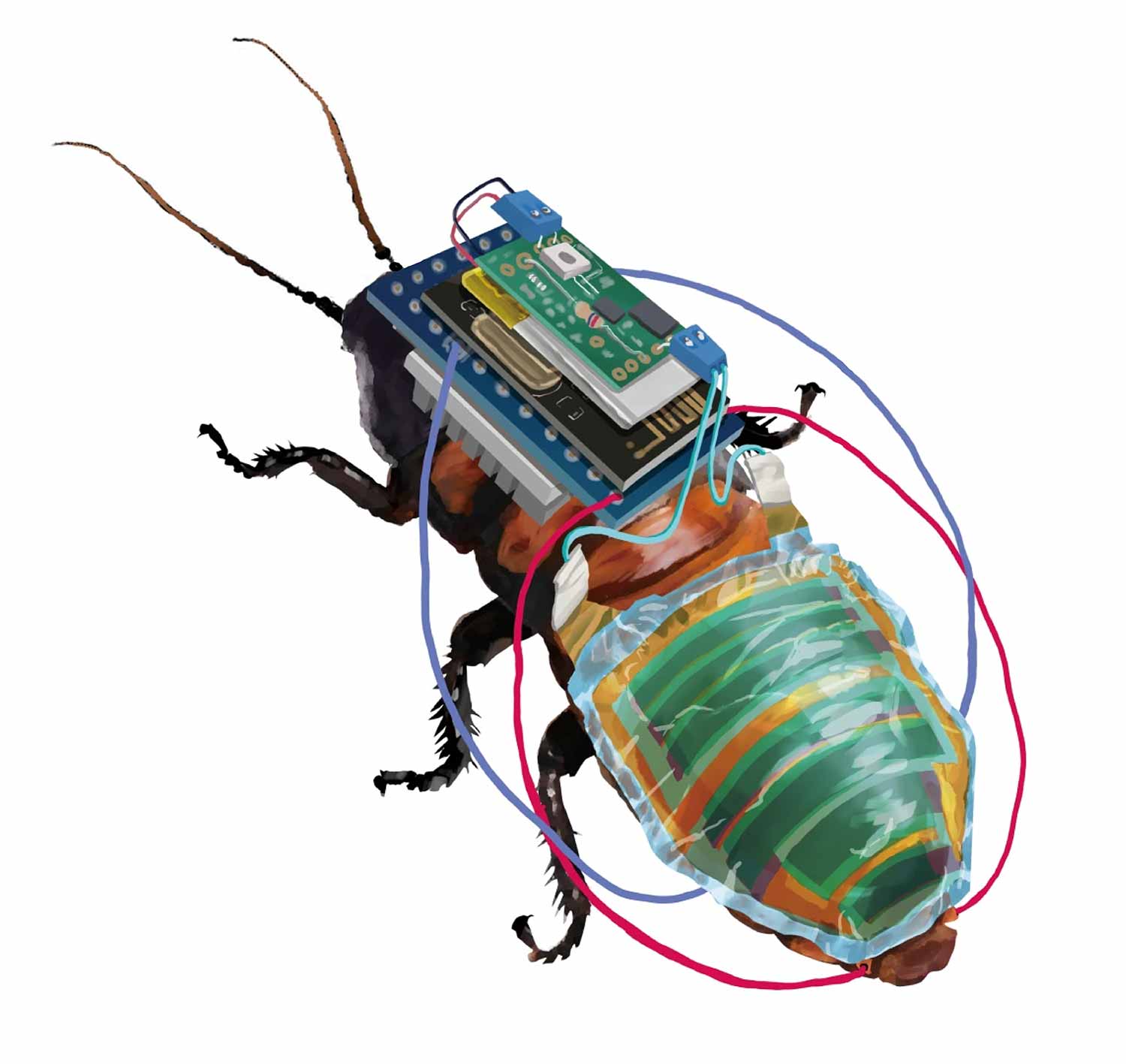 Scientists say that roaches might someday be a big help to humans. They’ve invented an electronic roach “backpack” that could allow people to control the insect as it moves through areas that humans can’t reach.

A team of scientists in Japan created a thin, flexible device that fits on the body of a large roach. Scientists can send signals through the device to make the roach move in the direction they choose. The backpack is solar powered (powered by the Sun), so it never runs out of energy. Scientists say that the backpacks turn roaches into “cyborg roaches,” meaning it’s as if they’re partly roach and partly robot.

Scientists hope to be able to send cyborg roaches into disaster areas to find people who are waiting to be rescued. They could also use the robotic roaches in hard-to-reach places to collect information on things like pollution.

But the scientists aren’t quite ready to do that yet. First, they plan to make the backpacks even smaller and then add equipment, like thermometers or cameras, onto the backpacks. This type of equipment would allow the roaches to become true six-legged helpers.

There are 1.4 billion insects for every human being on Earth! 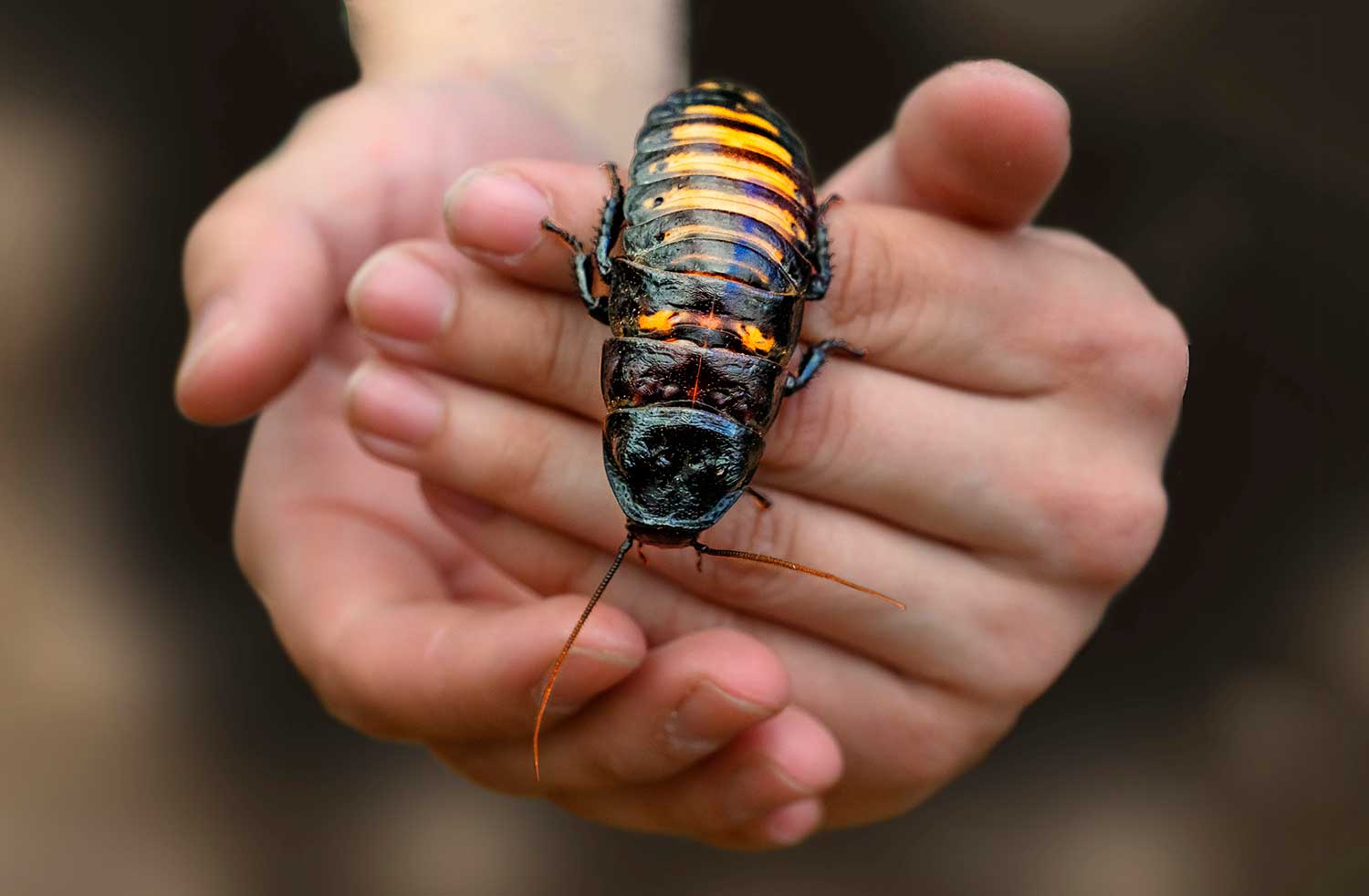 This roach species is named after Madagascar, an island off the southeastern coast of Africa where the roaches are from. Madagascar has a tropical climate, and some of it is covered in rainforest. Madagascar hissing cockroaches are important to the rainforest. They help keep the forest healthy by eating the stuff most other animals don’t want—dead plants and animals that are decaying (rotting away).

Can the Madagascar hissing cockroach really hiss? Yes! If you’ve ever heard a cat hiss, then you know it sounds a little like air is being sucked in or out. The male roaches do most of the hissing. They are territorial, meaning they will defend their home space from other roaches, and they hiss to show they’re angry. A male roach will also hiss when it’s trying to attract a mate.

The Buzz on Bugs…and Other Insects 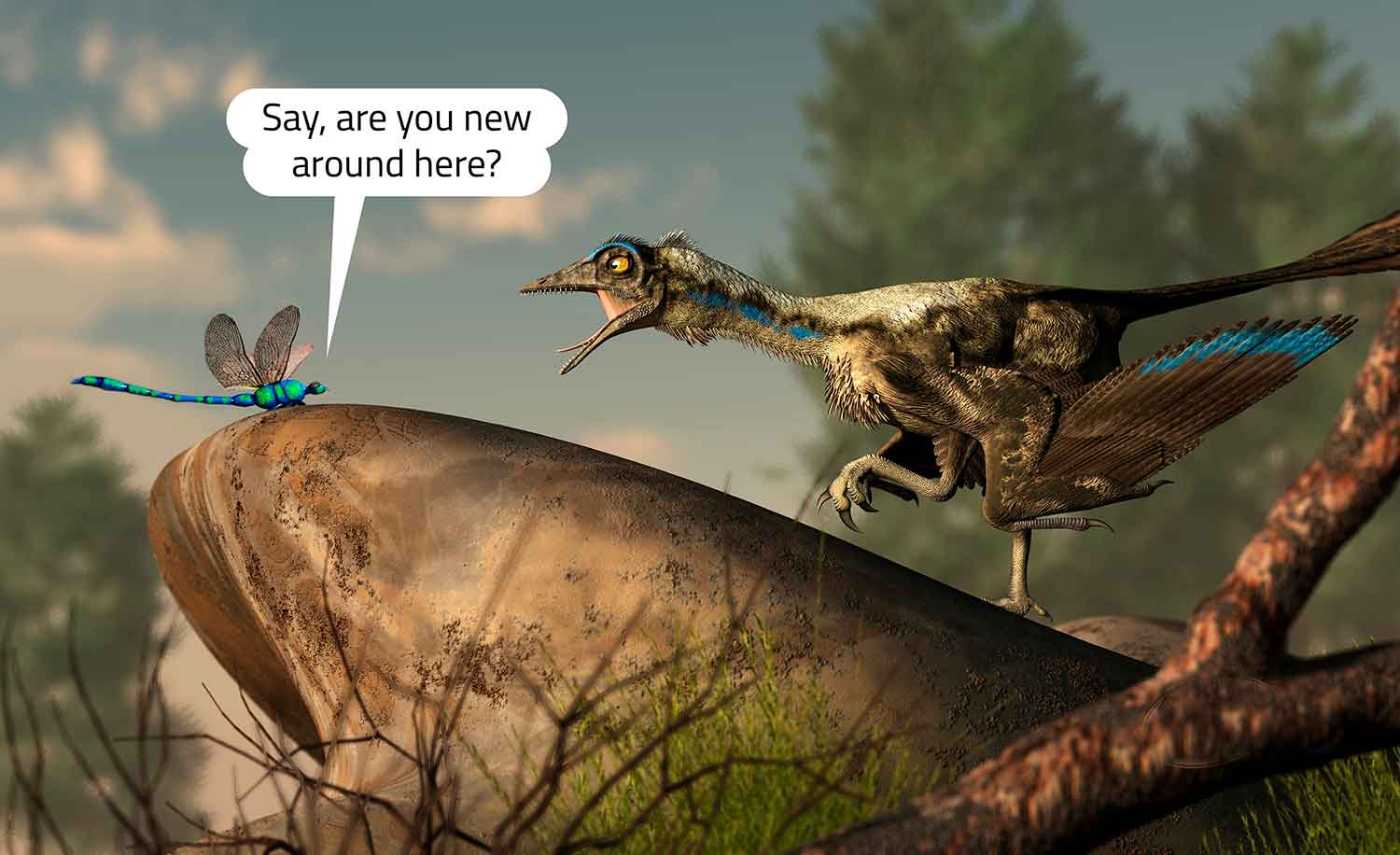 Insects lived on Earth before the dinosaurs!

You can learn more about these amazing animals at Britannica School.

: a branch of science that deals with the study of insects

How many insects can you find?