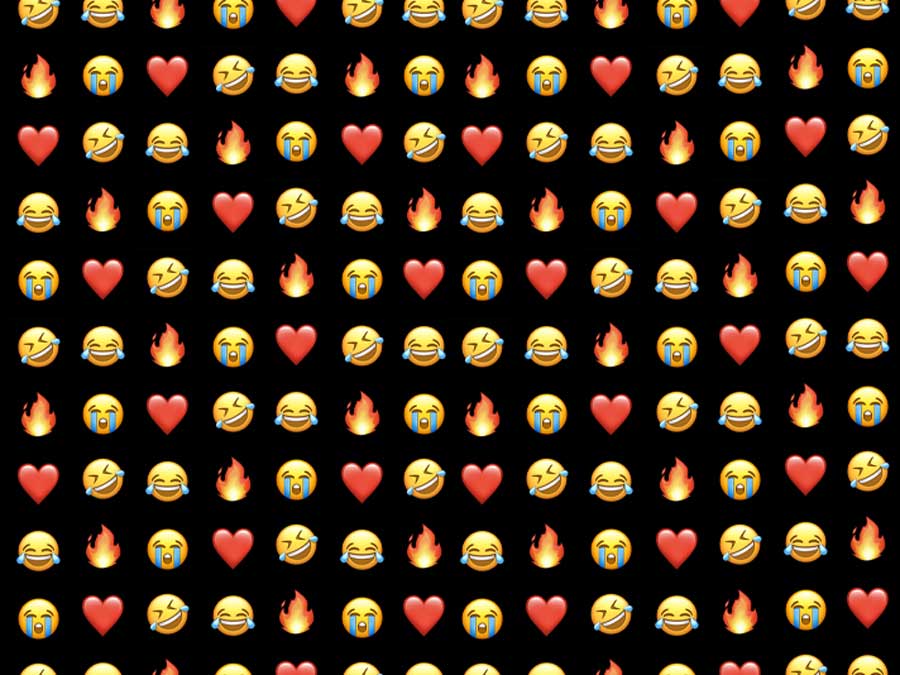 Everyone has a favorite emoji. Some people love the red heart. Others go for the sparkles.

Did you know that experts keep track of which emojis are used the most? Recently, experts revealed which emojis were most popular in the first half of 2022. Can you guess what’s on the list?

Now that you’ve made your guesses, let’s count down the top five most-used emojis.

People use the fire emoji to show that what they’re talking about is cool or exciting.

Rolling on the floor laughing

People use this emoji along with something they find so funny that they can’t stop laughing!

The red heart is used to show love or general good feelings. We love it!

The crying face with big tears

This emoji may seem sad, but many people use it to show that they’re so happy that they’re crying. This was the number one emoji in 2021.

And the most popular emoji is…

The smiling face with tears

People love to laugh. And when they’re laughing really hard, they use this emoji!

Do you agree with the most popular emojis, or is there another emoji that you think should be used more often?

According to Brandwatch, a group that keeps track of emoji use, more than 10 billion emojis are used every day!

A magazine printed these emojis in 1881. Use the faces to guess what the words mean!

Emojis became popular after the Internet was invented. Starting in the 1990s, the Internet became a place where people could communicate with each other through computers (and, later, phones). In the late 1990s, a Japanese designer made a set of illustrations that people could add to their messages.

But the idea for emojis is actually much older than the Internet. In 1881, a magazine called Puck printed a set of illustrations of faces. Each face was meant to show a different mood or emotion. That sounds a lot like some of today’s emojis, right?

Some people use emojis more than words!

You can learn more about emojis at Britannica School.