All over the world, people love Xeo Chu’s paintings. 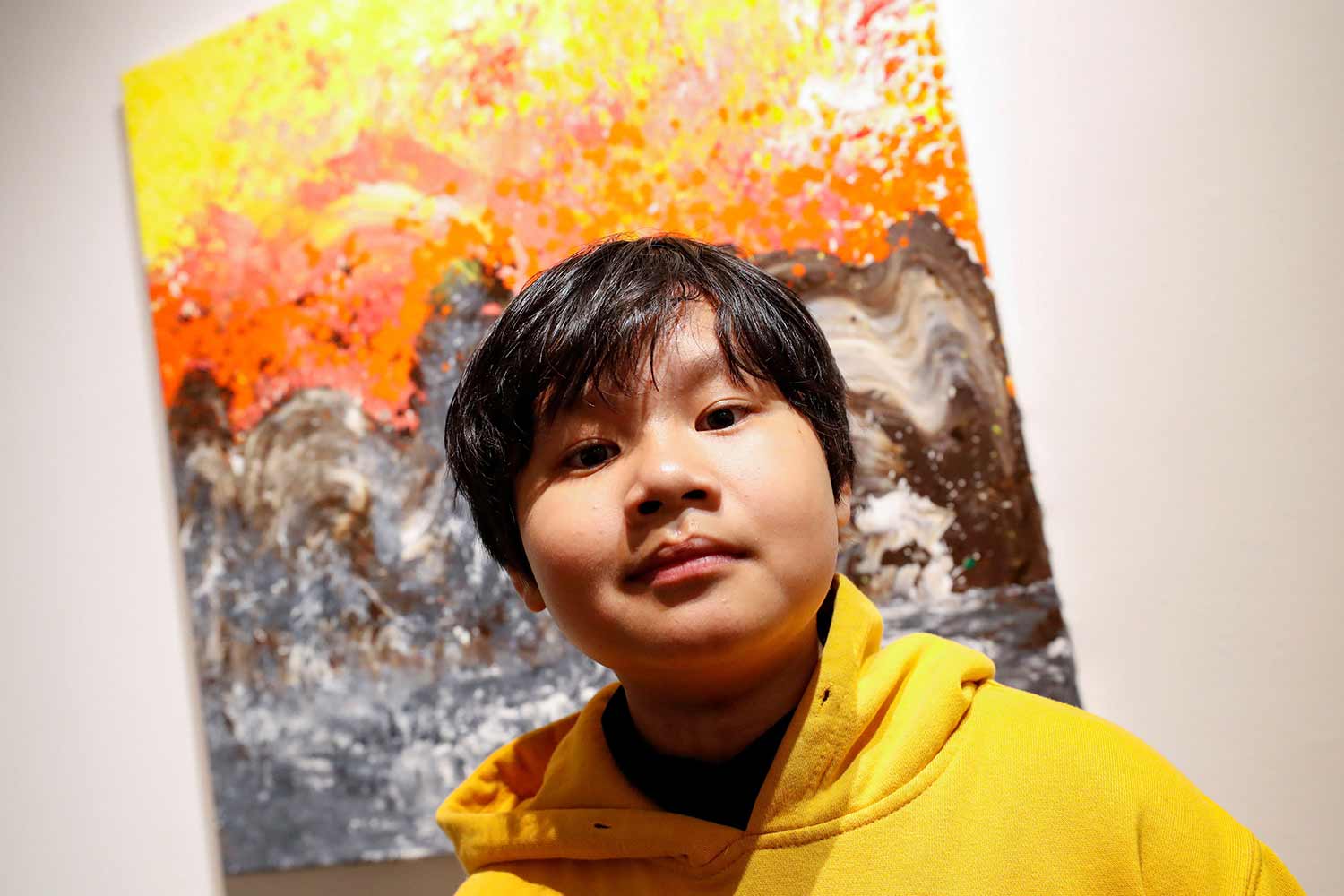 In this 2019 photo, Xeo Chu poses in front of one of his paintings.

Fourteen-year-old Xeo Chu is a talented artist. His paintings have been in art shows all over the world. But Xeo Chu says he doesn’t really care about fame. He just loves to paint.

Xeo Chu, who lives in Vietnam, started painting when he was 4 years old. His mom was taking his two older brothers to their art class. Xeo Chu wanted to go to art class, too. Once he started painting, he didn’t want to stop.

Xeo Chu’s mom, who owns two art galleries (places where art is shown and sold), thought her son had a special gift. Pretty soon, it was clear that other people agreed. When Xeo Chu was about 6 years old, his mom hung a painting of his in one of her galleries and someone bought it. When people heard about Xeo Chu, they also wanted to see his paintings. Xeo Chu had his first art show when he was 10. Since then, his art has been shown and sold all over the world.

“I love nature,” he told the Guardian. “That is what I find beautiful. I want to draw and paint what I see.”

Some art experts say Xeo Chu’s paintings are a lot like the paintings of Jackson Pollock, an American artist who lived in the 20th century. Like Pollock’s paintings, Xeo Chu’s work sells for a lot of money.

But Xeo Chu says he doesn’t paint because he wants to make money. In fact, he donated some money to hospitals so they could buy more medical equipment. He has also given money to help children and the elderly.

“Knowing that I can use the money I make for good, I didn’t hesitate a single second to help them,” Xeo Chu told Vietnam Life.

At a recent art show displaying his paintings, Xeo Chu had a robot roving the gallery. There was a camera and microphone attached to the robot. That way, people around the world could see his art on their phones, tablets, and computers. They could even talk to Xeo Chu.

Robots and webcams are helping to bring cool experiences to people worldwide. More and more, people are using them to experience museums, zoos, and other public places from their homes.

Xeo Chu has been compared to an American artist named Jackson Pollock. Pollock was famous for his “drip paintings.” What does that mean?

: someone who achieves success or shows great talent at a young age

There are 14 famous artists hidden in this puzzle. Can you find all of them?

No comments to show.