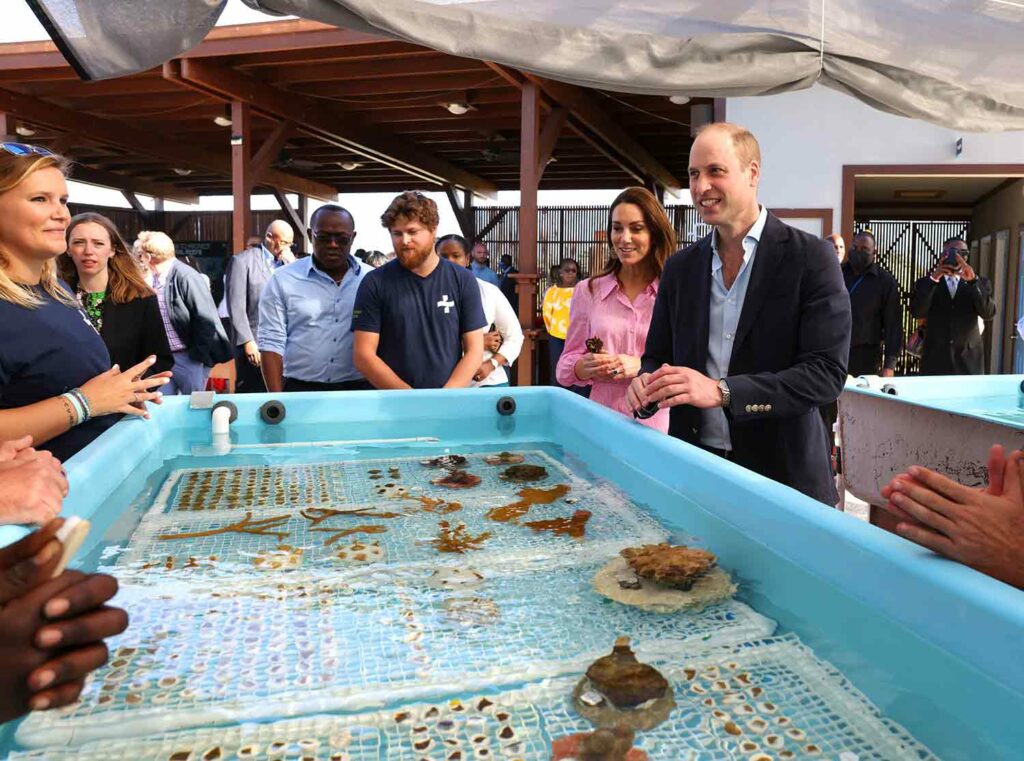 In this 2021 photo, Prince William and his wife, the Duchess of Cambridge (right) talk to winners of the Earthshot Prize.

On December 2, 2022, Prince William of the United Kingdom awarded five people with an important prize. The Earthshot Prize isn’t for music, movies, or sports. It’s for working to save Planet Earth.

The Earthshot Prize is given to people who are working on solutions to climate change and other environmental problems. Awards are given in five categories. Winners are chosen based on how effective or wide reaching their ideas are. This year’s winners each received 1 million pounds (about $1,200,000 in U.S. money).

The 2022 award ceremony took place in Boston, Massachusetts. The five winners were honored for working to protect the planet in different ways, from creating less pollution to protecting crops from severe weather. There were some big stars on hand to entertain them, including musicians Billie Eilish, Chloe and Halle Bailey, and Annie Lennox.

Prince William started the Earthshot Prize in 2020. He has often spoken about the importance of the environment. In a speech he gave in 2021, he spoke directly to young people.

“We are going to find solutions to repair our planet,” said Prince William. “Please keep learning, keep demanding change, and don’t give up hope. We will rise to these challenges.” 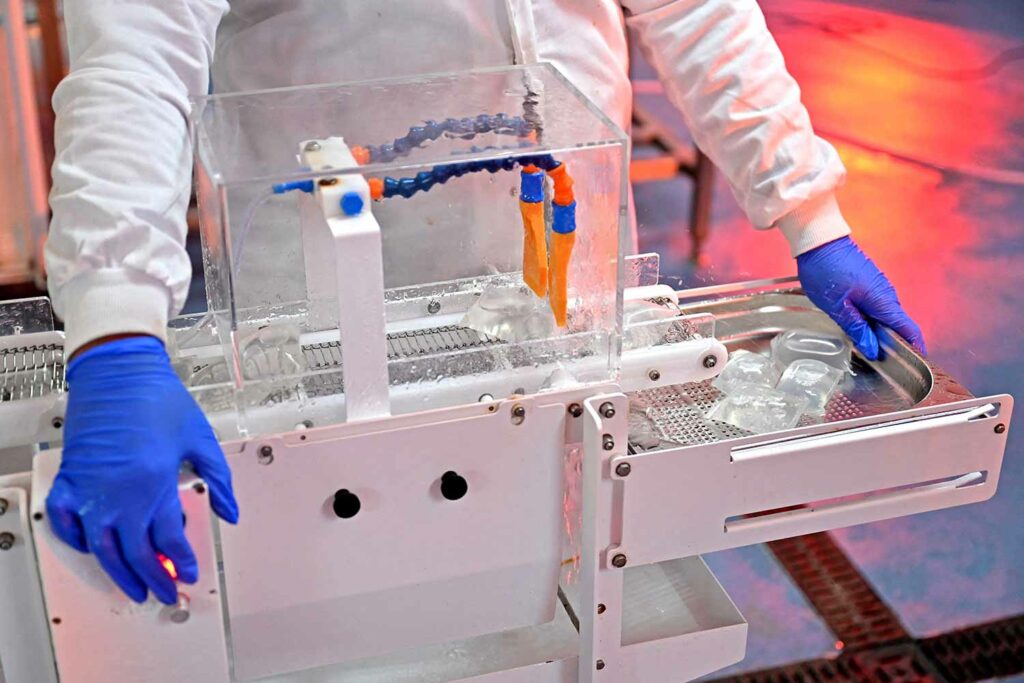 This photo shows a plastic alternative that was invented by a company called Notpla. Notpla was one of the winners of the 2022 Earthshot Prize.

Here’s who won the 2022 Earthshot Prize in each category.

A company from India called Kheyti won in this category for its Greenhouse-in-a-Box. The greenhouse protects crops from severe weather and harmful insects so farmers have more to sell and can make more money to feed their families. Crops grown in the greenhouse also require less water than crops that are out in the open.

Charlot Magayi of Kenya won for inventing a type of stove that’s safer and creates less pollution than a stove that burns charcoal for fuel. Magayi’s company, Mukuru Clean Stoves, sells stoves that run on fuel made from charcoal, wood, and sugarcane. The stoves aren’t just cleaner than charcoal stoves—they’re also cheaper to buy.

A group called the Queensland Indigenous Women Rangers Network (QIWRN) won in this category. QIWRN, which is based in Australia, has trained more than 60 Indigenous (Native Australian) women to be park rangers. The rangers collect information that helps protect the Great Barrier Reef, a huge group of coral reefs that are home to thousands of species of ocean life.

Pierre Paslier and Rodrigo Garcia Gonzalez of the United Kingdom won for inventing a material that can be used instead of plastic. Their company, Notpla (short for “Not Plastic”), produces a plastic alternative that’s made from seaweed. The company is working on creating even more materials. Its goal is to reduce plastic waste, which often ends up polluting the oceans.

A company called 44.01 won in this category for inventing a way to capture carbon dioxide, the main gas that’s contributing to climate change. The company removes carbon dioxide from the air by adding it to water and then pumping that water into cracks in a type of rock called peridotite. The carbon dioxide gets mineralized, meaning that it turns into rock. Once this happens, it won’t be released into the atmosphere again.

You can help protect the planet by making less garbage. One way to do that is by upcycling. Upcycling is making something new out of something that’s old and unwanted. Check out these upcycling projects, and think of what you could make!

Billie Eilish (on screen) speaks to a group of people at the Greentech Festival. People go to the festival every year to talk about ways to make products that help Planet Earth.

Singer Billie Eilish was one of the performers when the Earthshot Prize was presented. It wasn’t the first time Eilish took action to help the planet. In June, she hosted a climate event called Overheated. Climate activists (people who work to save the planet), musicians, and designers attended the event. They talked about the ways in which they try to protect Planet Earth.

Why did musicians and designers want to talk about the planet? Musicians often go on tour to play concerts. They can affect the planet, depending on the way they choose to travel, the food they eat, and more. Designers make clothing. They make a lot of choices about what materials to use and where to get those materials, and those choices can affect the planet. So, the people at Overheated talked about making better choices.

Eilish thought about Planet Earth when she planned her 2022 World Tour. She and her crew used reusable water bottles and utensils, for example. To avoid food waste, they donated all the food they didn’t end up eating to groups that help to feed people. And items like plastic cups weren’t allowed at the places where Eilish had her concerts.

Everyone can make choices that help protect Planet Earth!

We Can All Make a Difference 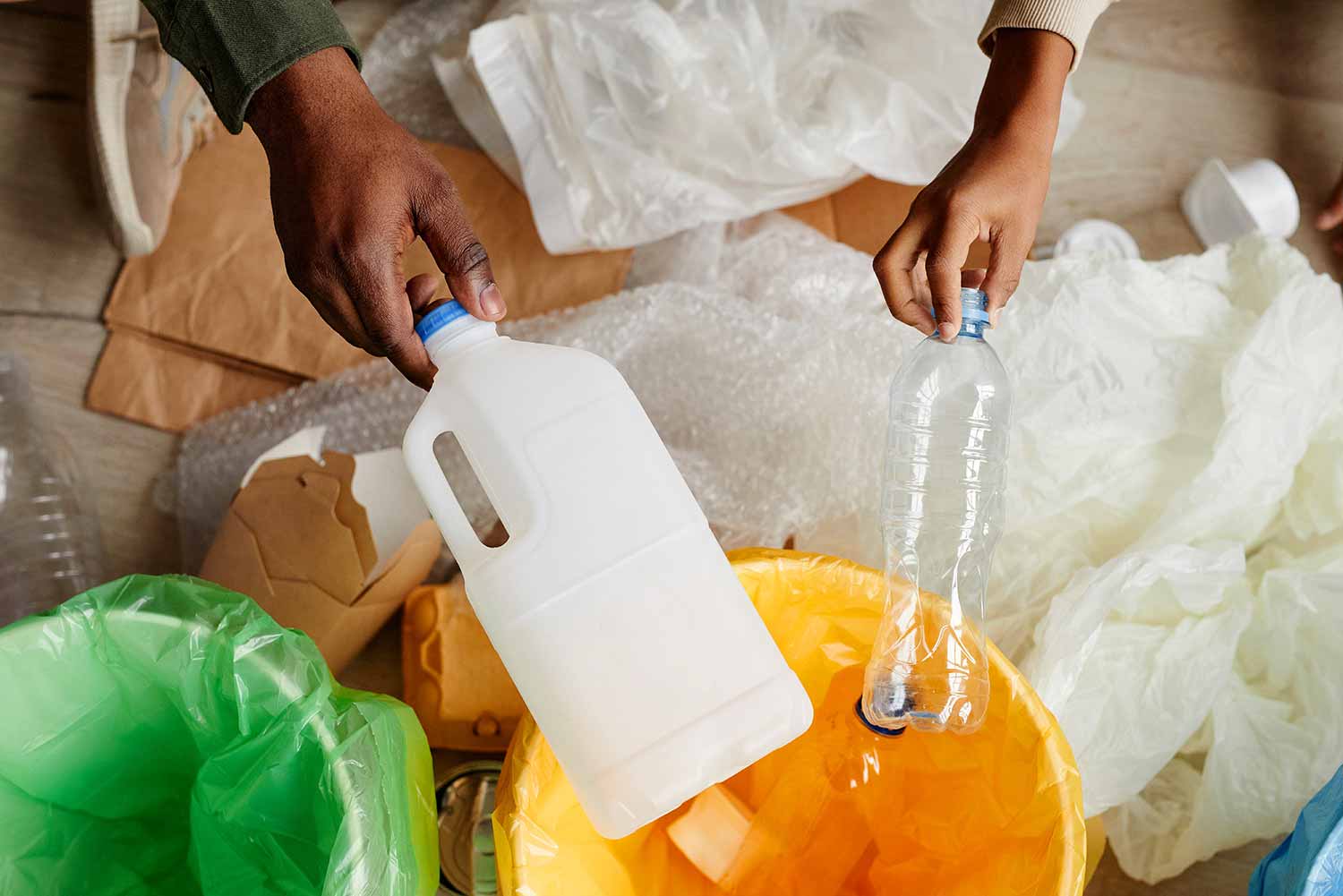 Visit Britannica School to learn why recycling is important!

See how much of the crossword puzzle you can fill in!