The LEGO lion guarded an entrance to the Chain Bridge in Budapest, Hungary.

Is that lion made of LEGO bricks? It sure is!

But in 2021, the bridge became lion-less. That’s when workers temporarily removed the stone lions from their posts so that they and the bridge could be repaired. The LEGO lion was a perfect substitute for one of the four lions because it looks just like the stone statues! 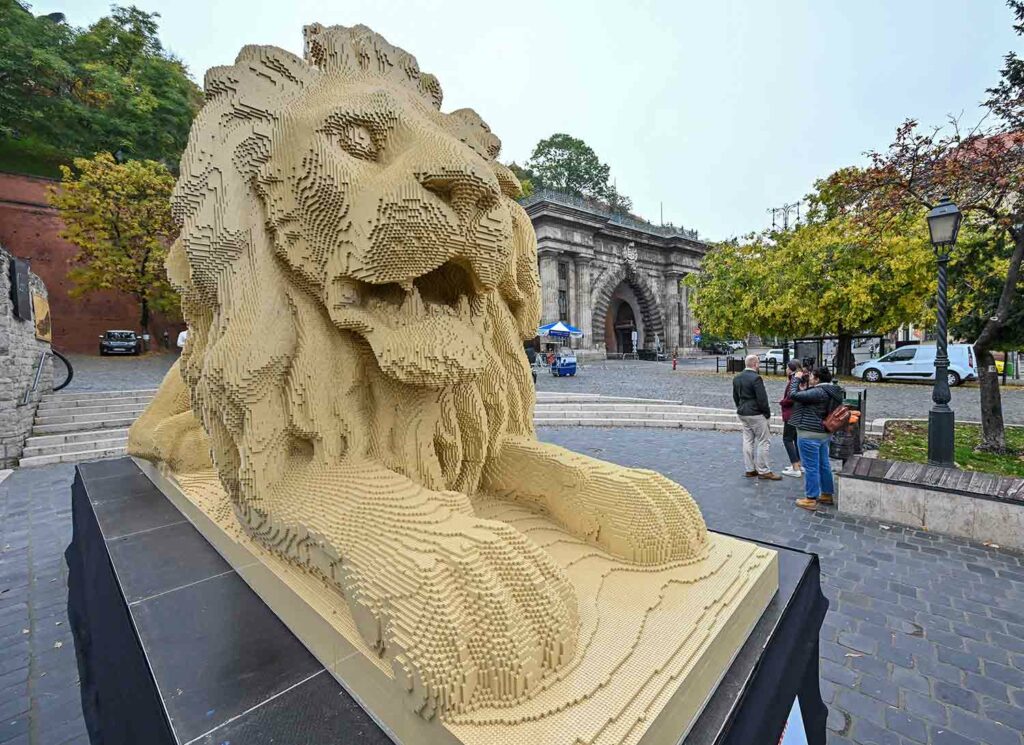 The LEGO lion is ready for its closeup!

The LEGO lion is the same size as the stone lions and is designed to resemble (look the same as) them in every way. It was created by an artist named Balázs Dóczy. It took Dóczy 560 hours and 850,000 LEGO bricks to build the lion.

But Dóczy is a total expert when it comes to LEGO. He has used the plastic bricks to build models of many other Budapest landmarks. Unlike the lions, most of Dóczy’s creations are much smaller than the real thing. But they are remarkably detailed.

Dóczy’s LEGO lion is scheduled to be removed from the bridge at the end of November 2022. By that time, the stone lions should be ready to go back on their posts. 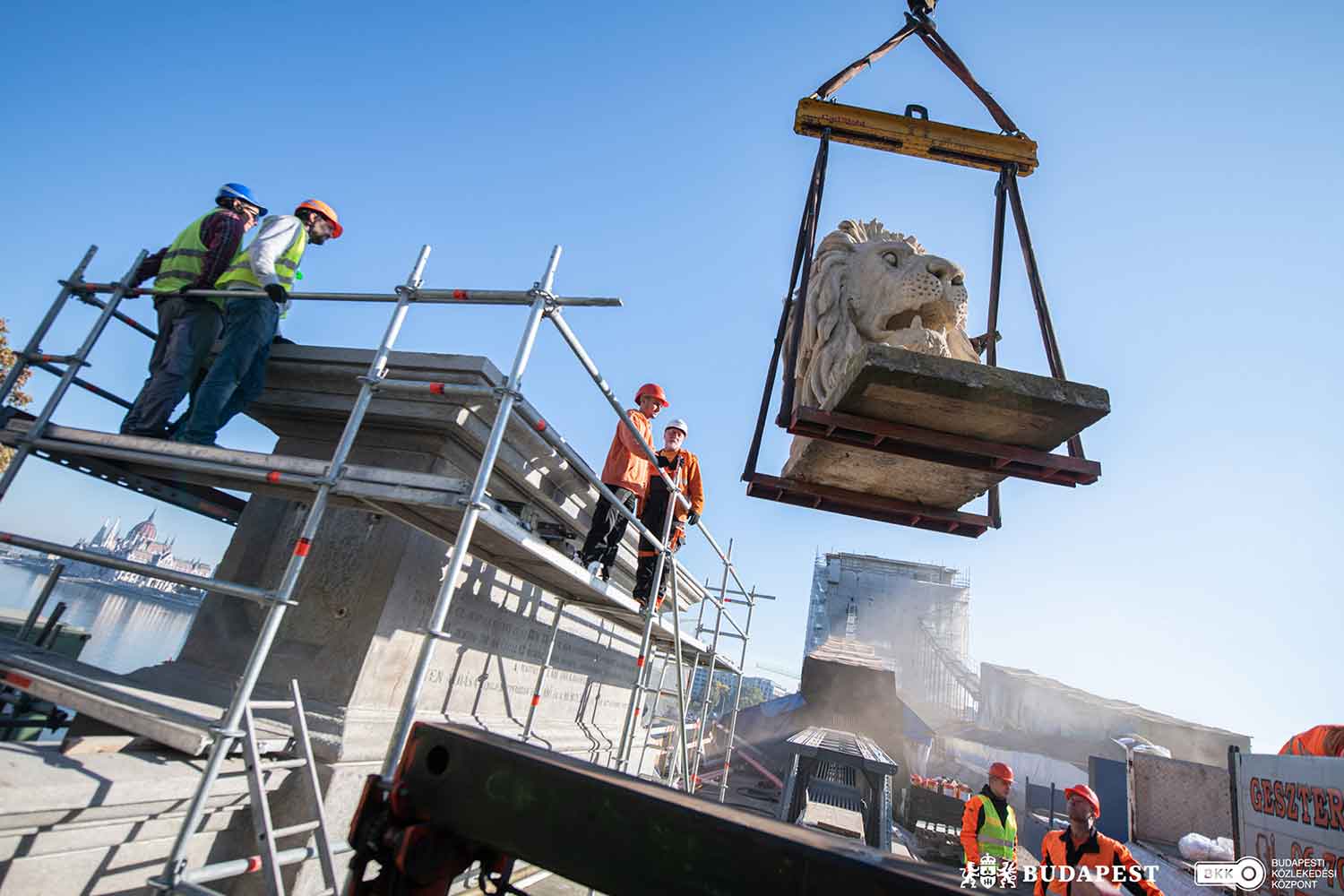 The stone lions were carefully lifted off the bridge so the bridge could be repaired.

Each of the stone lions on the Chain Bridge weighs nearly 14 tons. That’s almost 28,000 pounds (12,700 kilograms)! Moving the lions off the bridge required a lot of heavy machinery.

Look What LEGO Can Do!

You can make just about anything out of LEGO bricks. Check out these amazing LEGO creations, and just imagine what you could build!

LEGO bricks have been around for a long time. The adults in your family might have played with LEGO when they were kids! Learn more about these amazing building bricks at Britannica School!

: an exact or very close copy of something