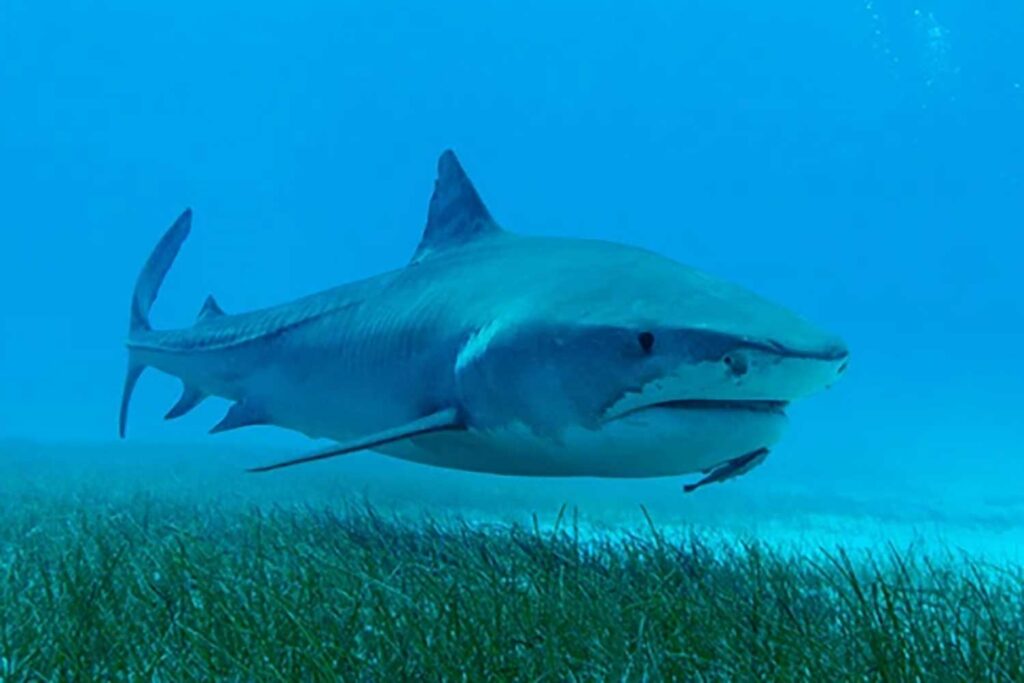 It’s not always easy for people to explore the ocean. So scientists studying seagrass (grass that grows in the sea) decided recently to get some helpers. They attached cameras and other equipment to tiger sharks!

The team of scientists wanted to know how much seagrass is growing in an area of ocean near a group of islands called the Bahamas. They attached cameras or tracking equipment to 15 tiger sharks. The sharks were then released and swam around as they normally would. The cameras and equipment were designed to fall off the sharks within about 24 hours.

The pictures and other information captured by the equipment show that the patch of seagrass near the Bahamas is as large as 35,521 square miles (92,000 square kilometers). It might be the largest patch of seagrass on the planet!

Before the study, scientists didn’t know how large the patch of seagrass was. In fact, there is still a lot that humans don’t know about the ocean because it can be hard to explore. Thanks to the sharks, we’re learning more. The size of the seagrass patch is good news for the climate.

Young tiger sharks are called pups. One tiger shark mother can give birth to as many as 70 pups at a time! But most litters contain 20 to 30 pups. 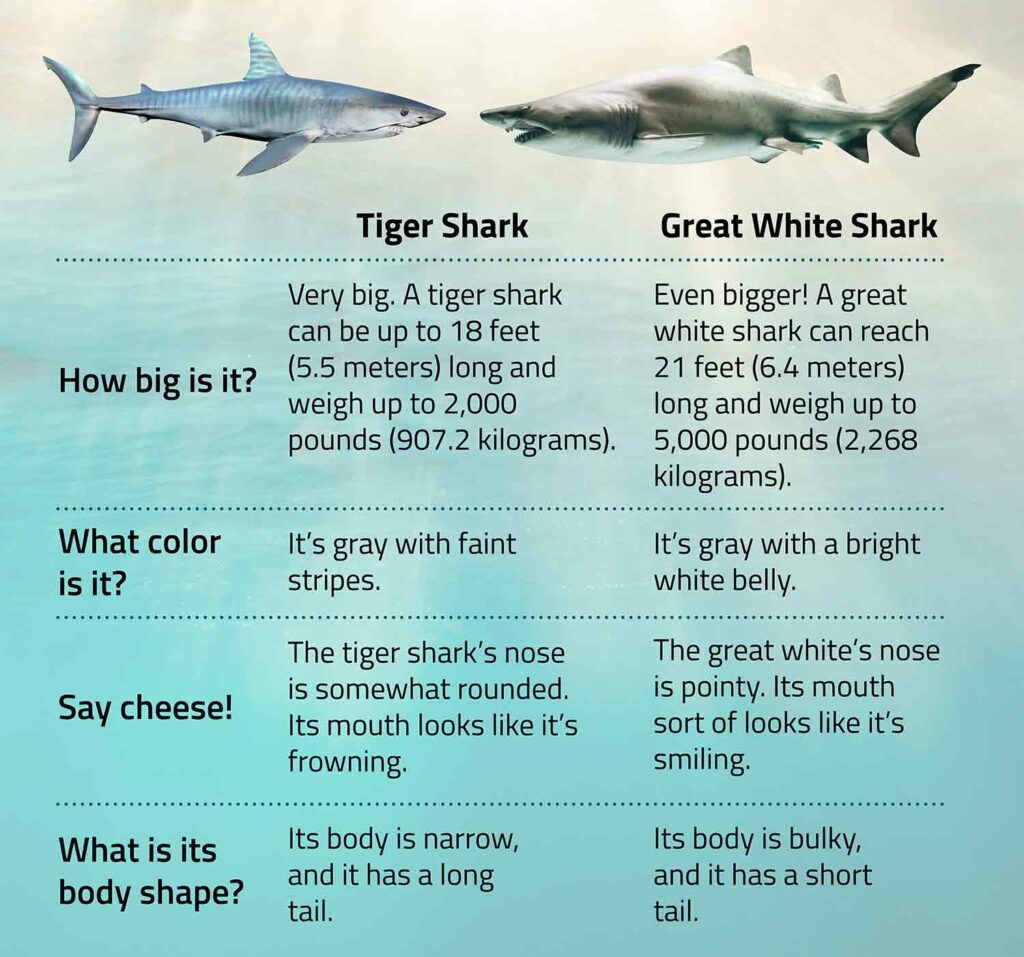 Did you know that there are hundreds of species of shark? You can read more about sharks at Britannica School!

: having or showing many teeth

There are so many shark species. Can you find the ones that are hidden in this puzzle?

Scientists invented a robot that protects birds by getting them to fly away from airports. It looks like a falcon!