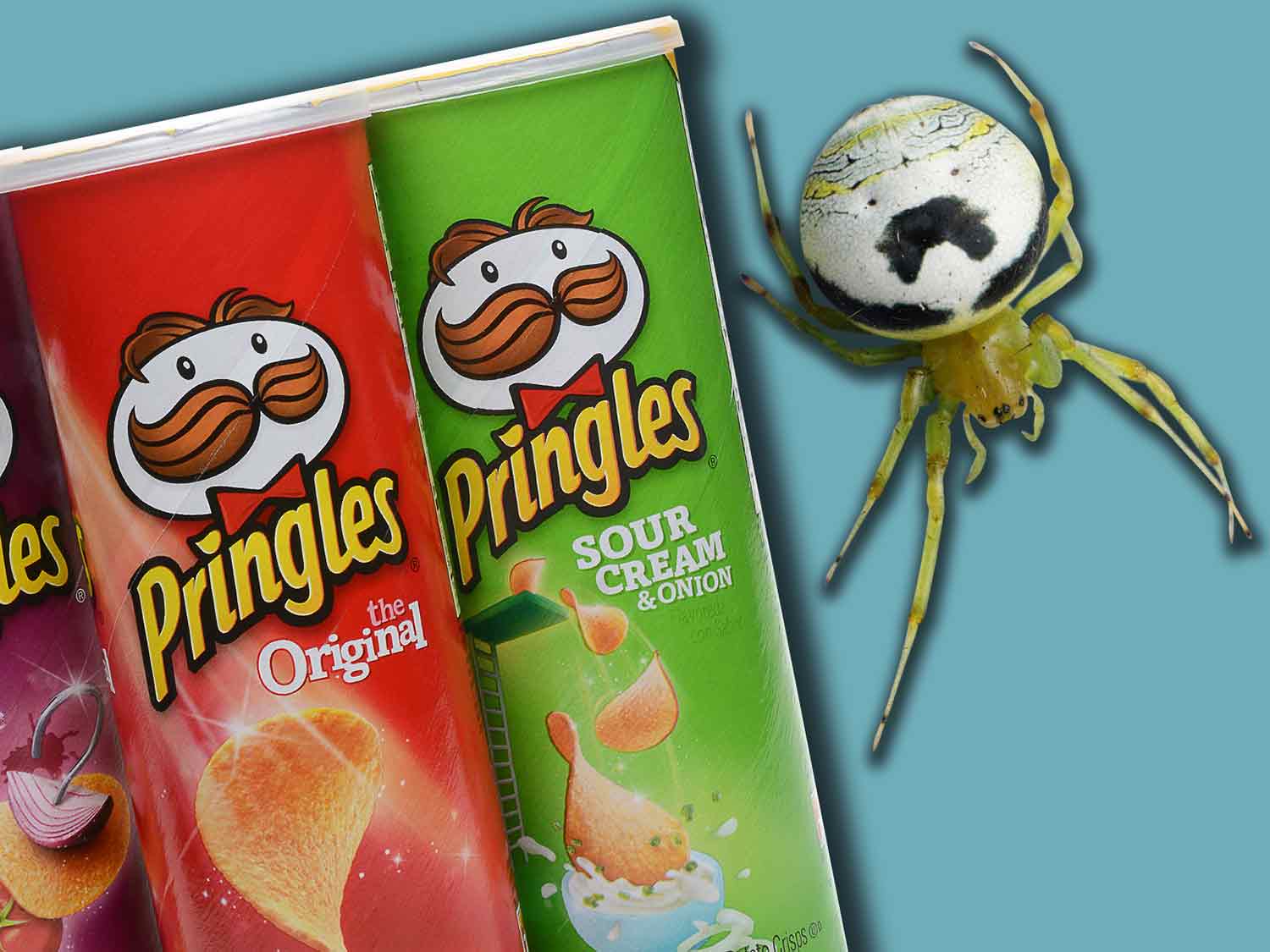 Which one is which??

There’s something funny about the kidney garden spider. The markings on its back look like a face with a thick mustache! It’s not just any face, though. It appears to be the face of the man on cans of Pringles brand potato chips. Now, the people at Pringles want the spider species to have a new name: the Pringles Spider.

Pringles has posted an online petition to try to get the kidney garden spider renamed. A petition is a form that people can sign to show they want something to happen. The Pringles petition says, “We’re [asking] the arachnid community to do what’s right and recognize this very real spider as the Pringles Spider.” (An arachnid is an eight-legged animal with a body in two parts.)

It’s not likely the kidney garden spider cares what it’s called. After all, it would rather eat a bug than a potato chip. The spider, which is found in South, East, and Southeast Asia, catches its meals by building a circle-shaped web called an orb web. It places a curled-up leaf at one end of the web and builds a silky “roof” for the leaf. Then, it creeps under the roof and hides. When prey lands on the web and tries to get untangled, it makes the web vibrate. Feeling the vibrations, the spider rushes out to get its meal.

And why is it called the kidney garden spider? It often lives in gardens, and its two large markings are shaped like kidneys.

Still, there are plenty of people who think the spider should be named for Pringles instead. Thousands of people signed the Pringles petition in the first week after it was first posted.

The public doesn’t get to make the final decision, though. Scientists give animals their names. So far, “the arachnid community” hasn’t commented.

For thousands of years, people used spider webs to treat cuts and wounds! They might have done this because they believed that spiders brought good luck. Today, scientists know that spider webs are coated with a chemical that fights bacteria, so the webs might keep wounds from becoming infected.

Kidney garden spiders build orb webs. These are the circular webs that are most familiar to us—the kind you might have seen in the movie Charlotte’s Web. But not every spider builds an orb web.

Check out what some spiders like to call home.

These small spiders build webs that look like sheets and are attached to grasses or tree leaves. Unlike orb webs, sheet webs aren’t sticky. Instead, prey gets tangled in these webs! 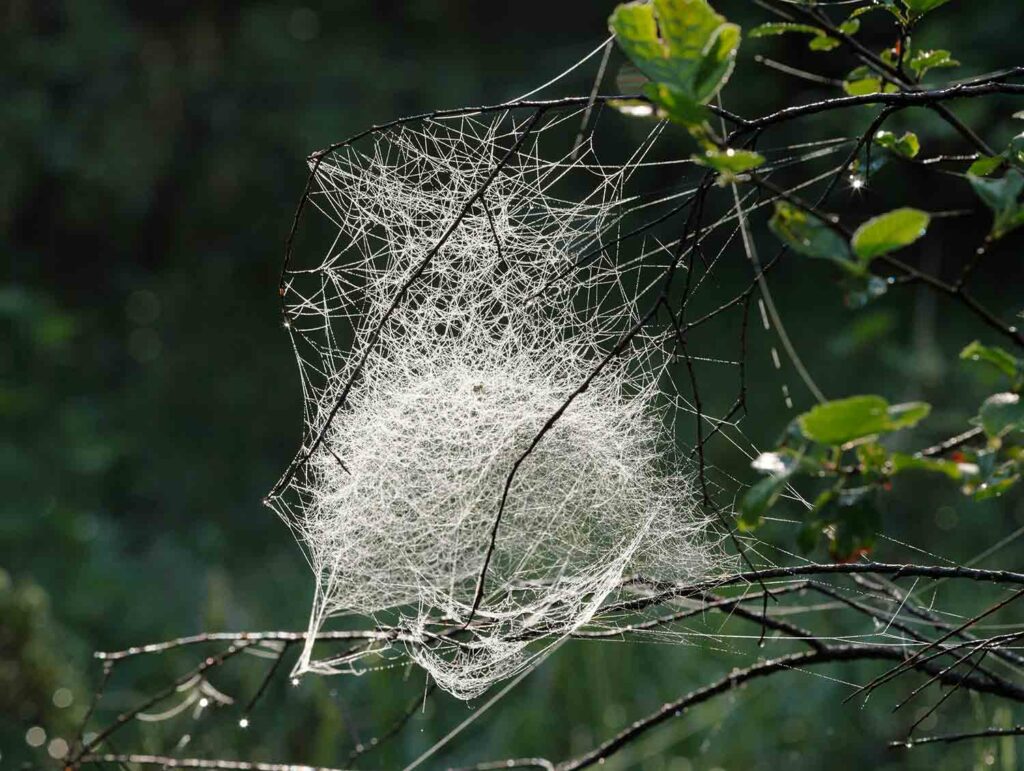 Sheet-web spiders build webs that are easy to get tangled in!

Many spider species build funnel webs, which are shaped like tunnels but with a wide opening. These spiders wait inside the funnel for prey to wander onto the webbing. Then, they rush to the prey and grab it! 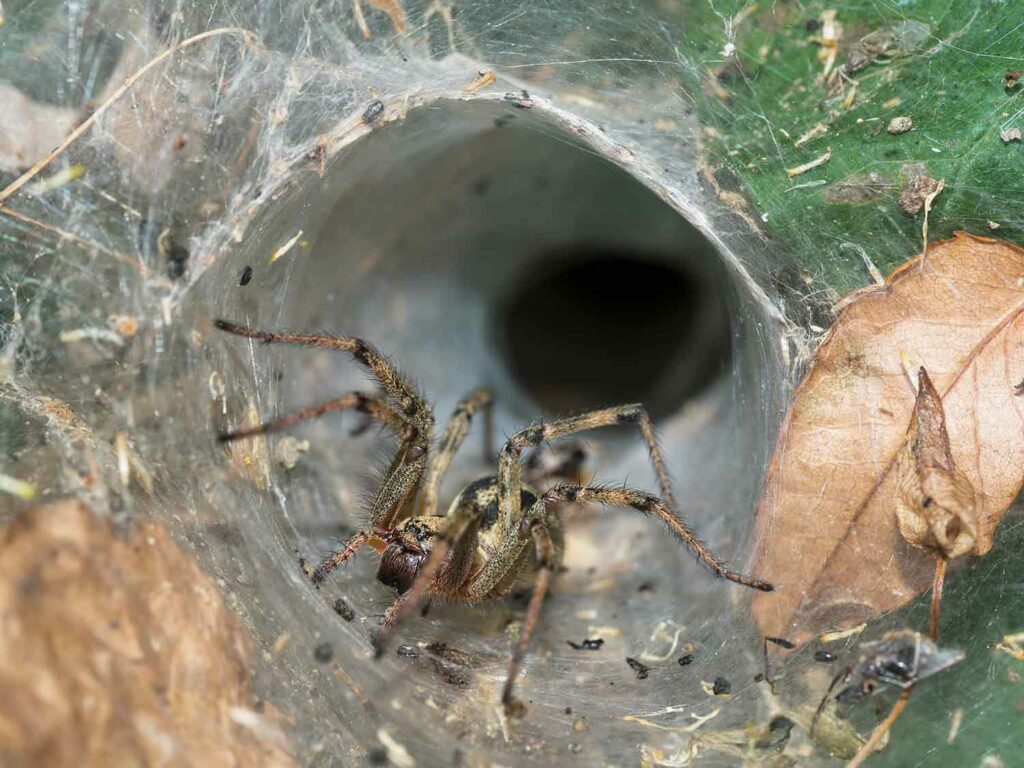 This spider will go to the back of its funnel web to wait for prey.

These spiders don’t build webs at all. Instead, they dig narrow tunnels that they line with silk. Often, they put a “trap door” at the opening of the tunnel. The door looks a lot like the surrounding leaves and dirt, so it’s hard for passing prey to notice it. The spider hides in the tunnel and waits for the silk lining to vibrate, because that means there’s something crawling around outside. Is it a meal? The spider darts out the door to catch its prey and carries it inside, where it’s trapped.

The prey doesn’t know the trap-door spider is near until it’s too late! 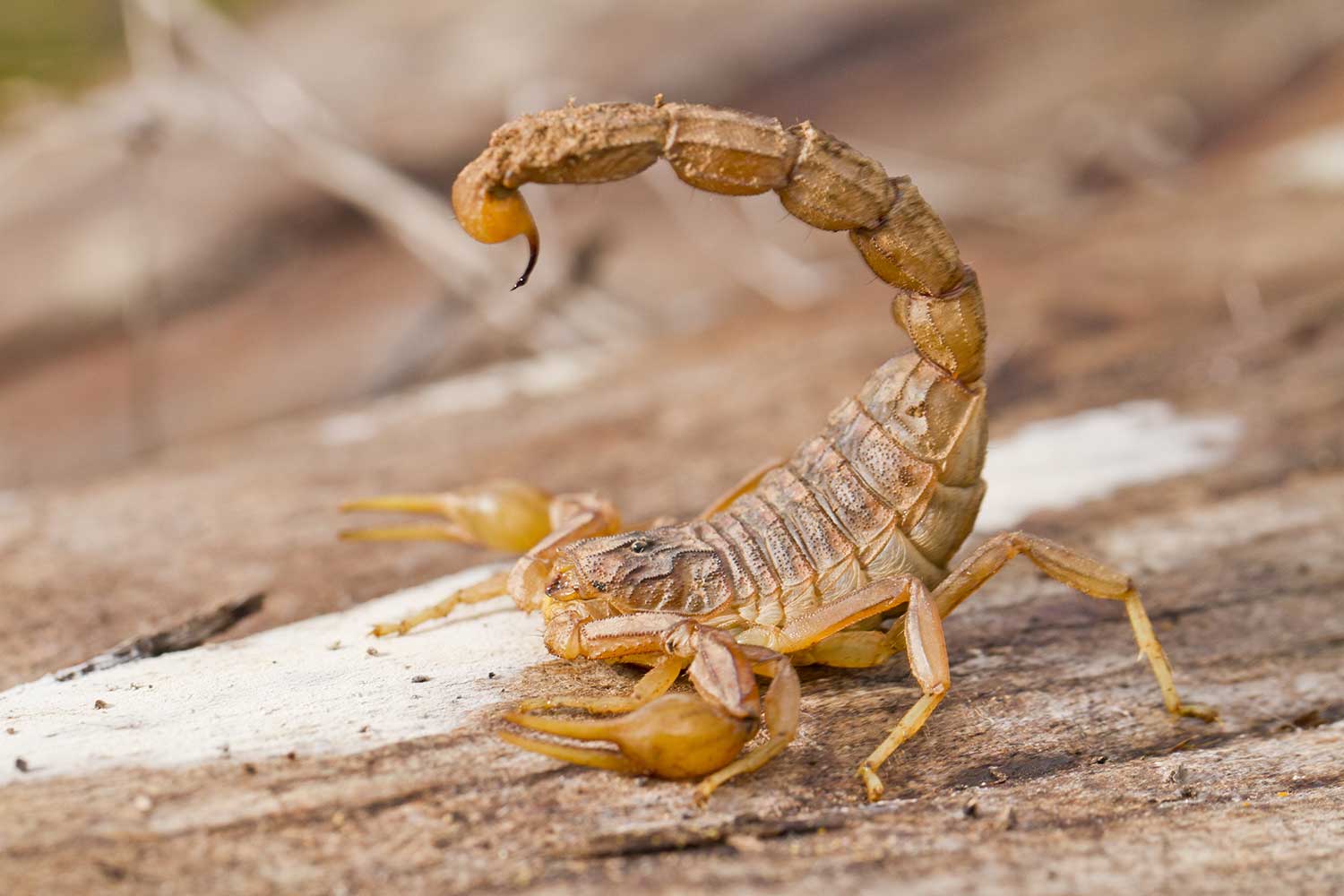 A scorpion has a stinger at the end of its tail.

What do spiders, scorpions, and ticks have in common? They’re all arachnids! Check out this lovable group of creepy-crawlies.

: having eight feet, limbs, or arms