Bernice King is the daughter of Martin Luther King, Jr. Find out how she is continuing her father’s work. 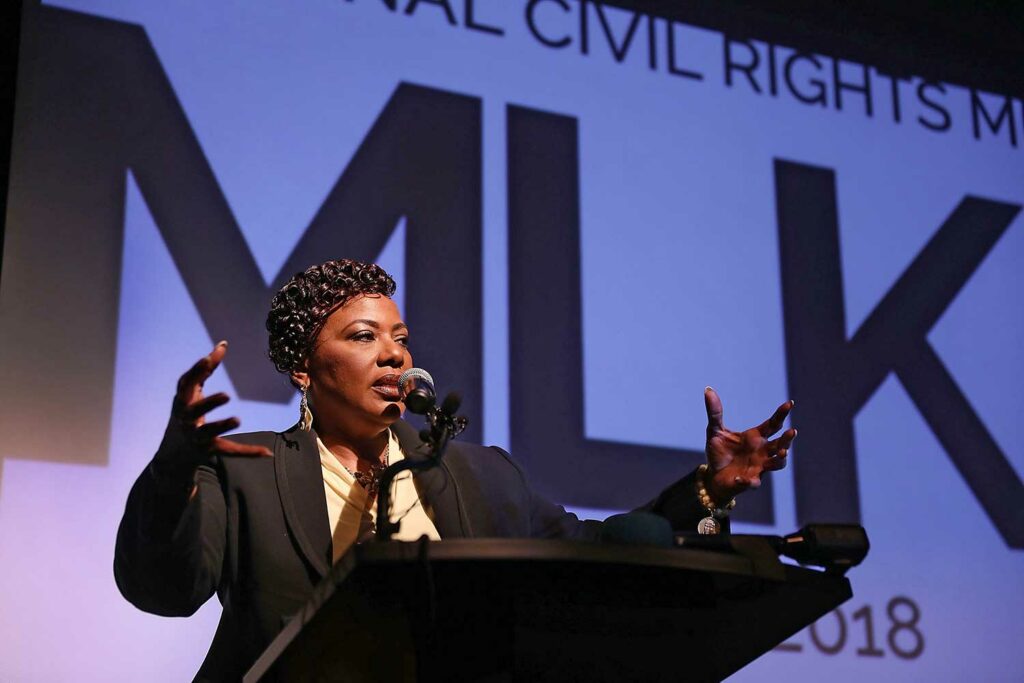 Dr. Bernice King speaks during a 2018 visit to the National Civil Rights Museum.

Bernice King is the youngest daughter of Martin Luther King, Jr., and Coretta Scott King. The Kings taught their children what was important to them. They taught them that everyone should be treated equally and that laws should be fair. Martin Luther King, Jr., led marches and gave many speeches. He worked to change racist laws and wanted to help end poverty. The Kings believed that people could work for change in a peaceful way.

In 1968, Martin Luther King, Jr., was killed. Shortly after, Coretta Scott King started the Martin Luther King Jr. Center for Nonviolent Social Change. She wanted the King Center to be a place that continued her husband’s work and promoted his beliefs.

Today, Bernice King is the head of the King Center. The center gives people the skills they need to change unfair laws and actions. Under Bernice King’s leadership, the center is working to make the world a fairer, more equal place.

Like her father, Bernice King wants to spread her message as far as possible. She gives many speeches. In 2022, she co-wrote a children’s book called It Starts With Me. The book is about how everyone should love and care about others.

“Now more than ever, I believe that my father would encourage [all people] to join together in love,” Bernice King wrote in The Atlantic in 2021. 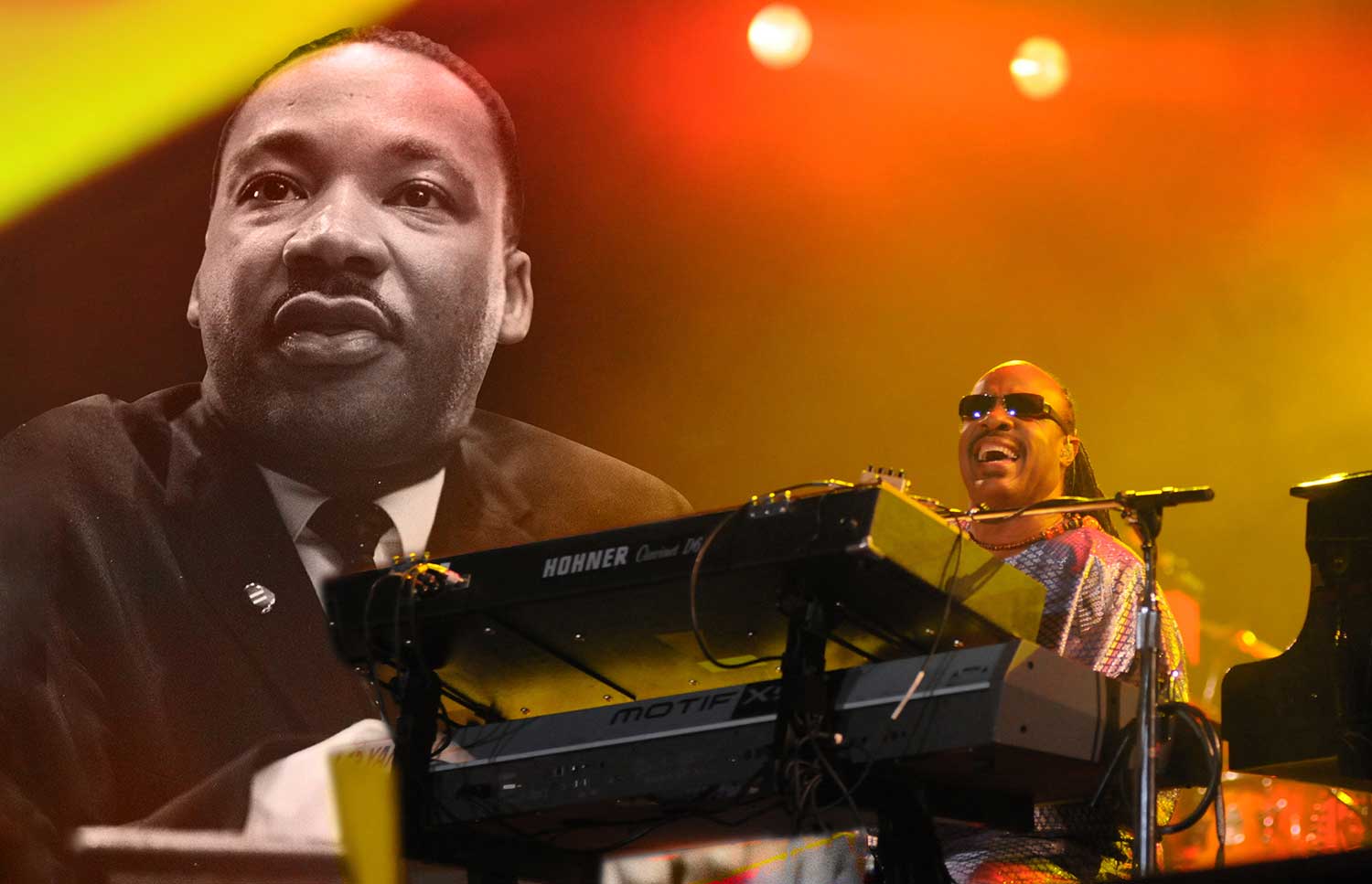 Martin Luther King, Jr., Day was created in the United States in 1983 to celebrate King’s birthday. The singer Stevie Wonder wrote a song for this holiday. It’s called “Happy Birthday.”

A Prize for Peace 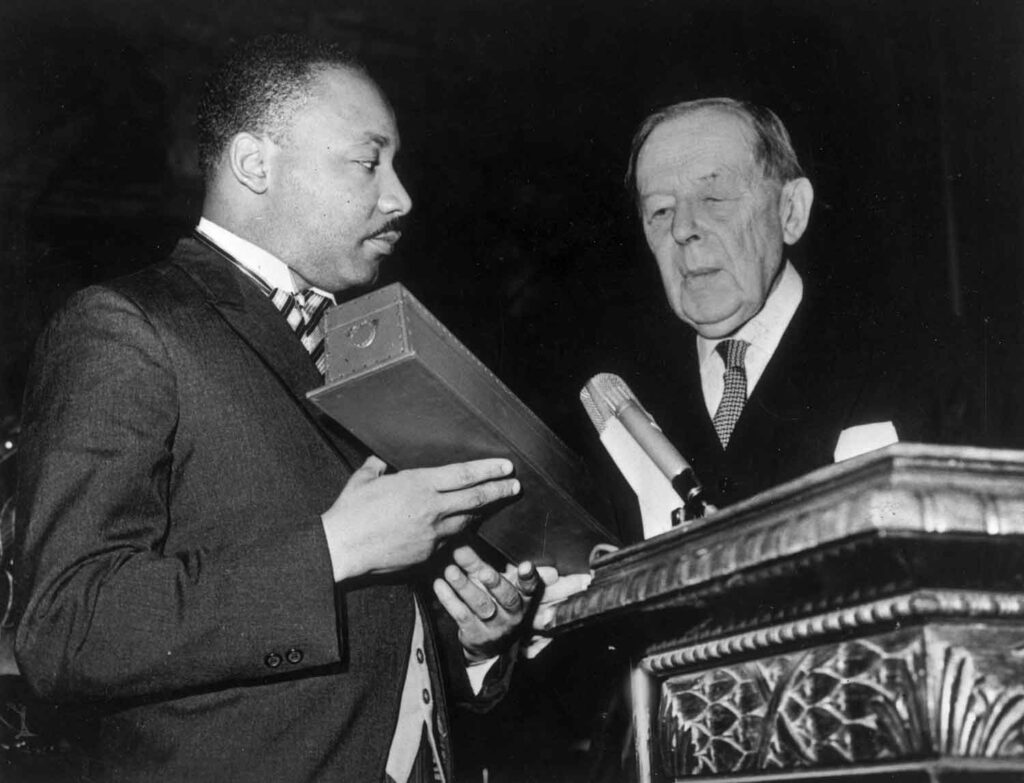 Martin Luther King, Jr., won the Nobel Peace Prize in 1964. This prize is awarded once a year to a person who works to promote peace and rights for all. It can be given to anyone in the world.

King won the prize for his work to change laws that were unfair to Black Americans. King did not believe in violence. He spread his message by giving speeches and by leading marches that would get the attention of people who had the power to change laws.

Click through the slideshow to read about the life of Martin Luther King, Jr. You can read even more about Dr. King at Britannica School.

: not involving violence or force

How much of the puzzle can you fill in?