September 15 to October 15 is National Hispanic Heritage Month in the United States. Sonia Sotomayor, whose parents were from Puerto Rico, is the first Hispanic justice on the U.S. Supreme Court. 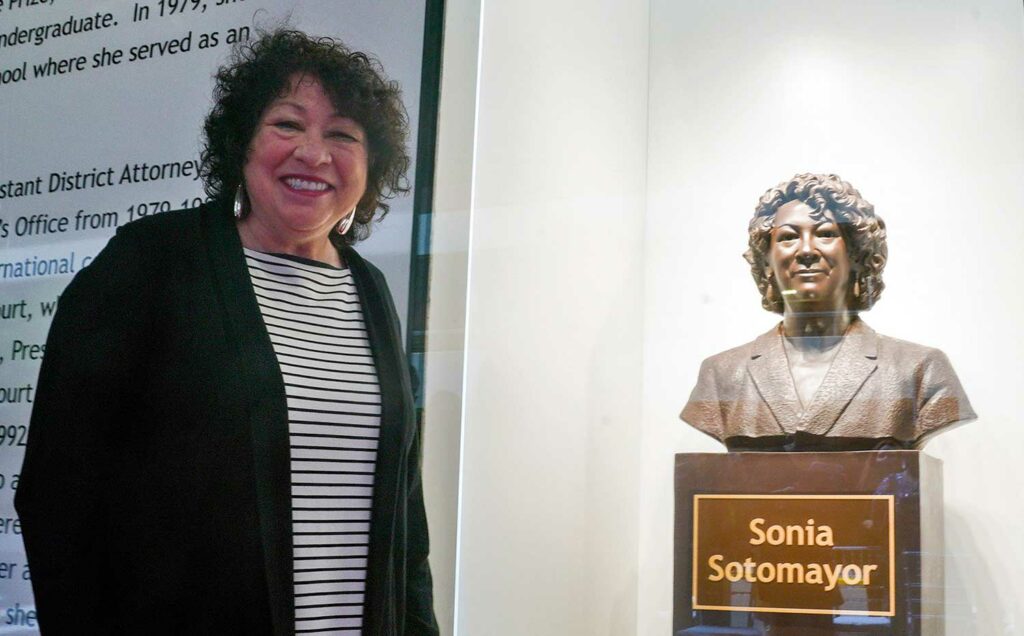 U.S. Supreme Court Justice Sonia Sotomayor poses with a statue that is now on display in the Bronx, where she grew up.

When Sonia Sotomayor was a kid in New York City, a TV show about a lawyer inspired her to dream about working in a courtroom. Eventually, that dream turned into a career—and a seat on the bench of the most powerful court in the country.

Sotomayor is one of the nine justices (judges) on the United States Supreme Court. Supreme Court justices are appointed by the U.S. president and approved by the Senate. Their decisions impact every American because they rule on whether laws are fair according to the U.S. Constitution. When Sotomayor joined the Supreme Court in 2009, she became the first Hispanic justice.

Sotomayor, whose parents were from Puerto Rico, grew up in a part of New York City called the Bronx. In September 2022, Sotomayor returned to her old neighborhood to see the unveiling of a statue that was created in her honor. The statue is now on display in a shopping center that’s not far from her childhood home.

Although Sotomayor now works in Washington, D.C., where the Supreme Court is located, she’s proud to be from the Bronx and continues to feel a connection to it.

Sotomayor is still a huge fan of the New York Yankees, the baseball team that plays its home games in the Bronx. When she wasn’t watching baseball games, young Sotomayor watched Perry Mason, a TV show about a lawyer. The show influenced her decision to become a lawyer, which put her on a path that eventually led to the Supreme Court. 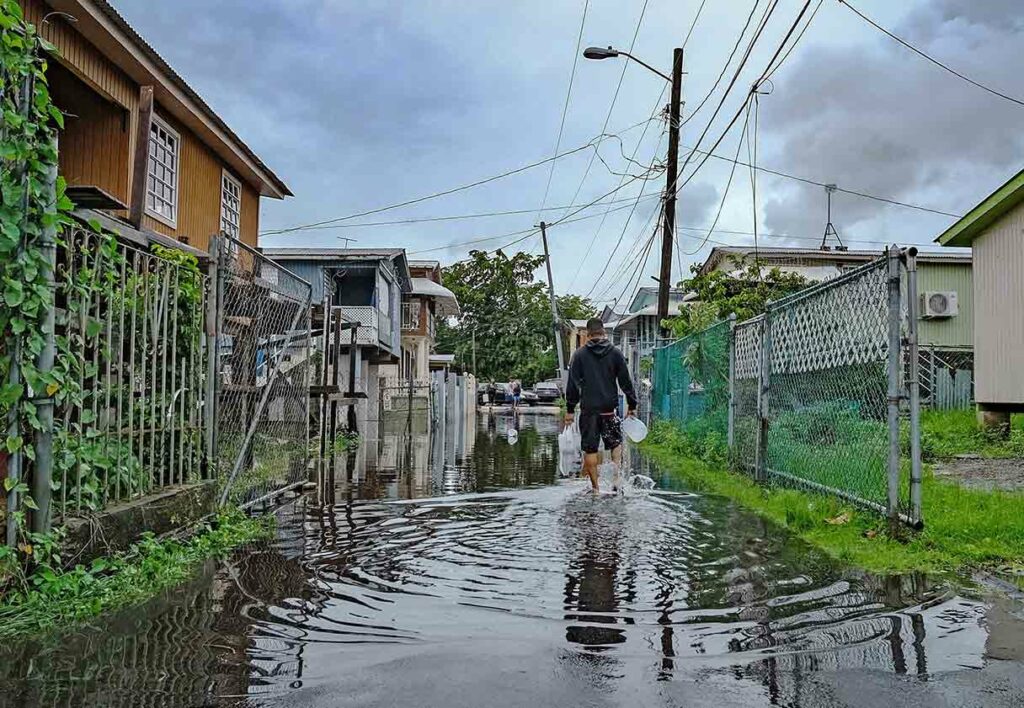 A man carrying a gallon of water walks down a flooded street between rows of houses.

On September 18, 2022, Hurricane Fiona slammed into Puerto Rico, which is located in the Caribbean Sea. The storm’s strong winds and heavy rain left most of the island flooded and without power and running water. From Puerto Rico, the hurricane traveled northwest to the Dominican Republic before hitting the islands of Turks and Caicos.

Hurricane Fiona has caused widespread destruction. Puerto Rico, a U.S. territory, is still recovering from the effects of Hurricane Maria, which hit the island in 2017. 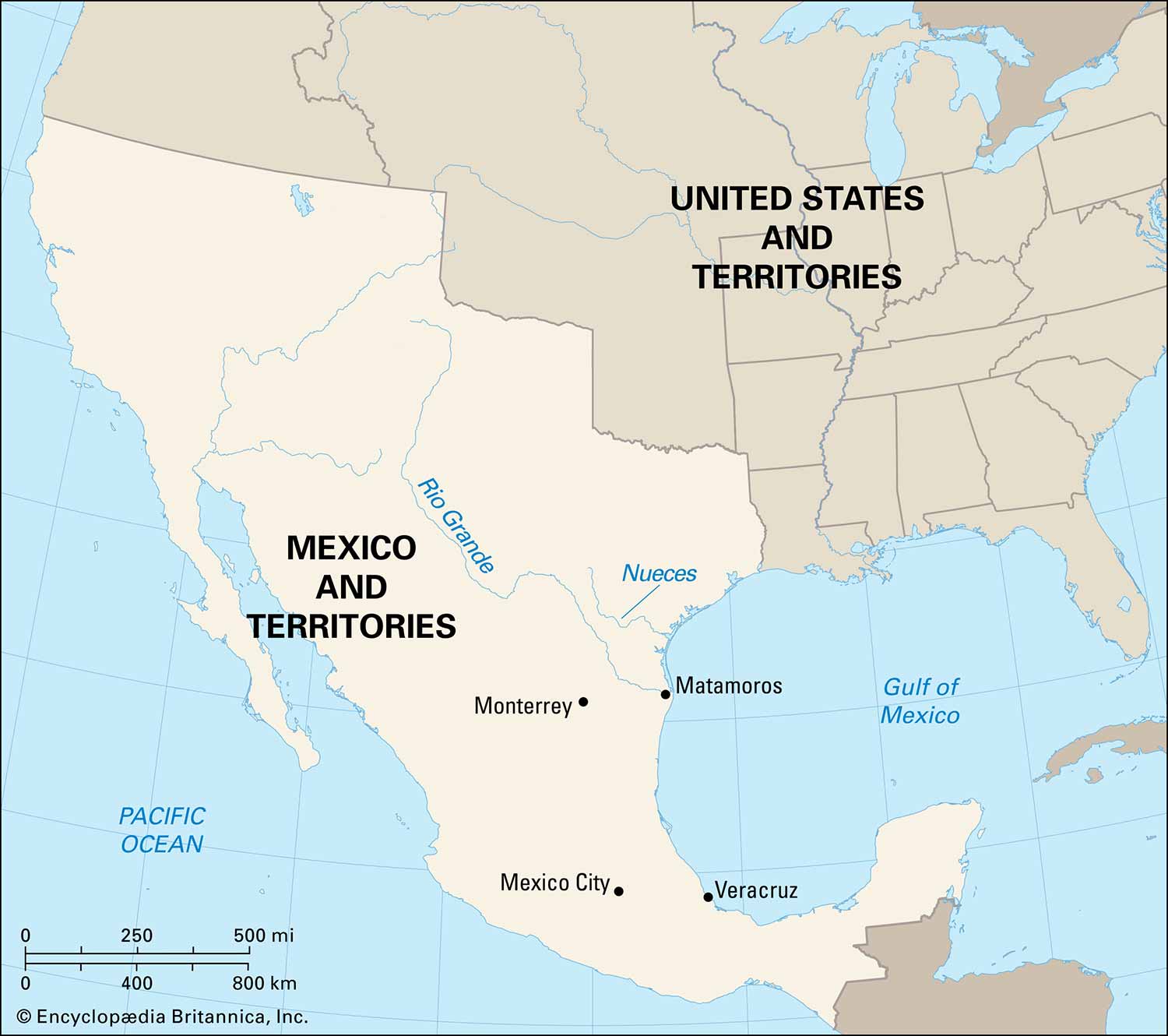 This map shows which land was controlled by the U.S. and Mexico in the year 1835.

Arizona, California, Nevada, New Mexico, Texas, and Utah, along with portions of what are now Colorado, Kansas, Oklahoma, and Wyoming, were all once part of Mexico.

In honor of National Hispanic Heritage Month, check out three Hispanic Americans—all under age 25—who are working to make a difference.

Daphne Frias first became involved in activism in 2018, when she organized bus service to take herself and other college students to a March For Our Lives event in 2018. March For Our Lives is a youth movement aimed at ending gun violence. Since then, Frias, who has cerebral palsy and uses a wheelchair, has also become an advocate for climate justice and disability rights.

In 2017, John Paul Mejia came face to face with the effects of climate change when Hurricane Irma battered his hometown of Miami, Florida. Then a sophomore in high school, Mejia was inspired to start a journey of climate activism that continues today. Mejia is now a national spokesperson for the Sunrise Movement, a youth group that works to stop climate change. He also hosted House on Fire, a youth-centered podcast about the climate crisis.

While growing up in California, Faith Florez heard stories about farmworkers suffering heat stroke and other health crises due to harsh work conditions. Some of these stories came from her grandfather, who had worked on farms himself. While still a teenager, Florez created Calor, an app that lets farmworkers connect to one another and get the resources they need to protect themselves from illness. Florez also founded the Latina Legacy Foundation, which looks for technological solutions to challenges facing Hispanic American communities.