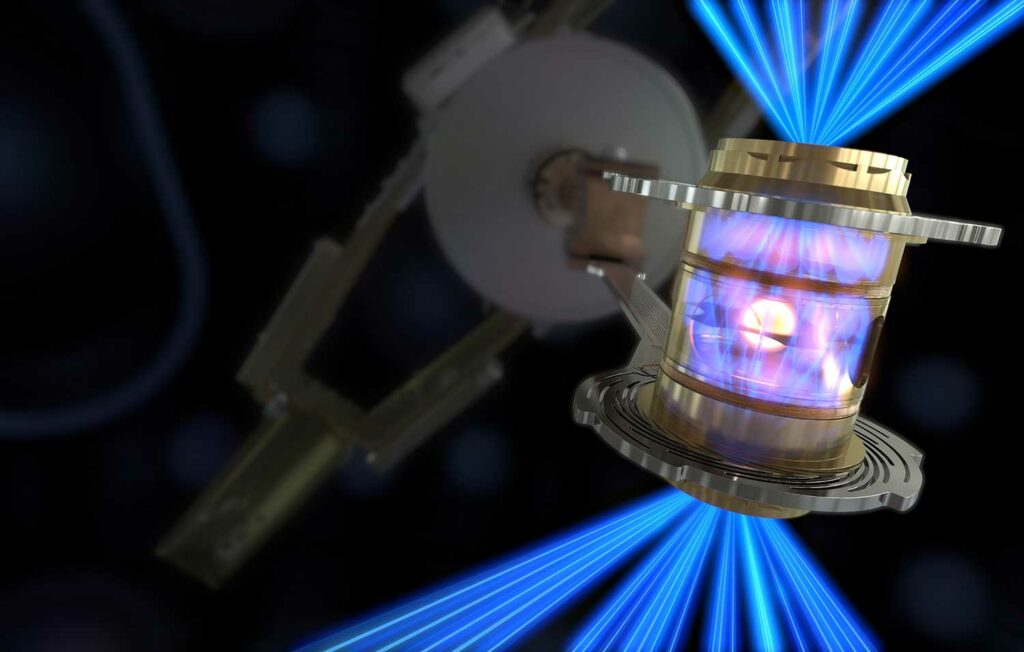 This image shows how scientists used a laser to create energy.

In December 2022, scientists reported that they had achieved a breakthrough in the quest for clean, unlimited energy. They were able to get more energy out of a nuclear fusion reaction than they put in.

Nuclear fusion is a process by which the nuclei of two light atoms, such as hydrogen atoms, are heated and combined to make one heavier atom. The process results in a burst of energy.

Scientists at the National Ignition Facility at the Lawrence Livermore National Laboratory (LLNL) in California used a powerful laser to heat hydrogen to more than 100 million degrees Celsius (180 million degrees Fahrenheit), which is hotter than the center of the Sun. The reaction produced more energy than the laser had put in.

Scientists have been doing nuclear fusion experiments for decades. But they hadn’t been able to achieve an energy gain until now. Since nuclear fusion produces no harmful greenhouse gases, the success at the LLNL suggests humans will someday have a way to produce clean, sustainable energy.

Many experts caution that we shouldn’t count on nuclear fusion to end the climate crisis. It will be decades before scientists figure out how to reliably produce this energy in a way that can power our homes and vehicles.

Still, this is a milestone for science.

“This is a historic achievement… over the past 60 years thousands of people have contributed to this endeavor, and it took real vision to get us here,” LLNL director Dr. Kim Budil told the BBC.

About 10 percent of the world’s electricity is generated by nuclear power plants. Nuclear power plants use nuclear fission, which is the splitting of atoms. Like fusion, fission causes a burst of energy. But fission produces radioactive waste. If that waste leaks into the environment, it can be dangerous to living things.

What Is Nuclear Fusion? 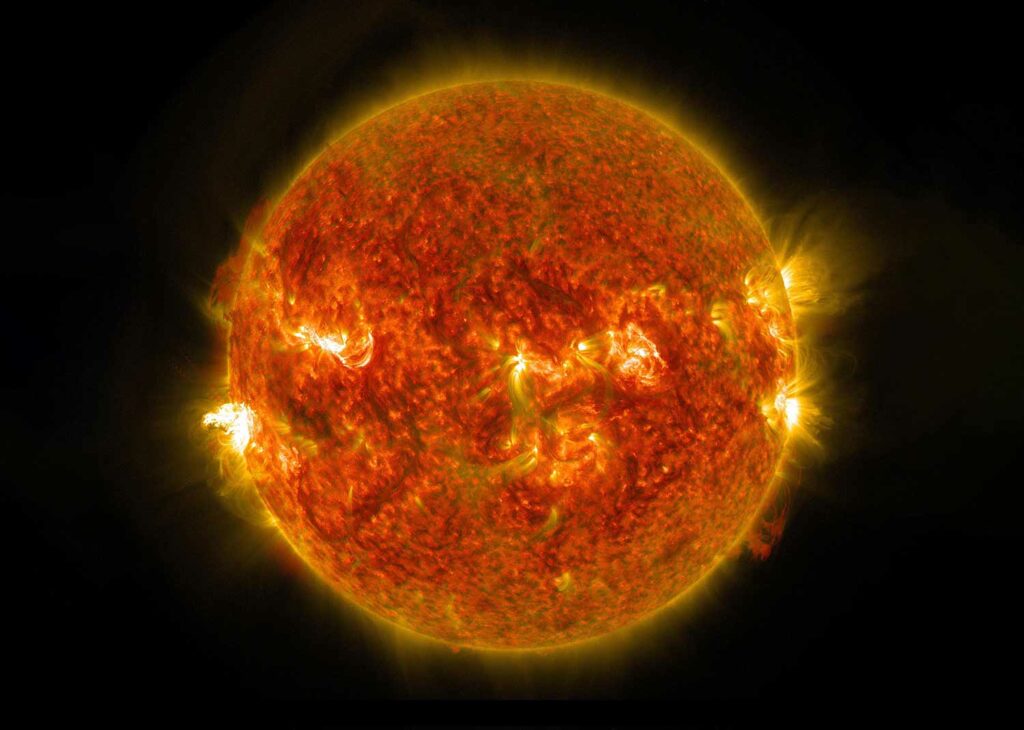 In the Sun, hydrogen atoms are constantly combining to create energy.

Scientists used nuclear fusion to create nuclear energy. What does that mean, exactly?

Nuclear energy is the energy that holds together the nucleus (central part) of an atom. (Atoms are the basic building blocks of matter.) Nuclear energy can be released through processes called nuclear fission and nuclear fusion. Nuclear fission happens when the nucleus of an atom splits into two or more parts. Nuclear fusion happens when two nuclei join to form a single nucleus.

Nuclear fusion takes place naturally in the Sun and other stars. In the Sun, hydrogen atoms are constantly combining and creating nuclear energy. That energy is the source of the heat and light that Earth gets from the Sun.

It will be decades before we are able to power our homes using nuclear fusion. Maybe you’ll be one of the scientists who helps make that happen. You can read all about energy and its different forms at Britannica School.

: a sudden increase in knowledge, understanding, etc. : an important discovery that happens after trying for a long time to understand or explain something

How many types of energy can you find?