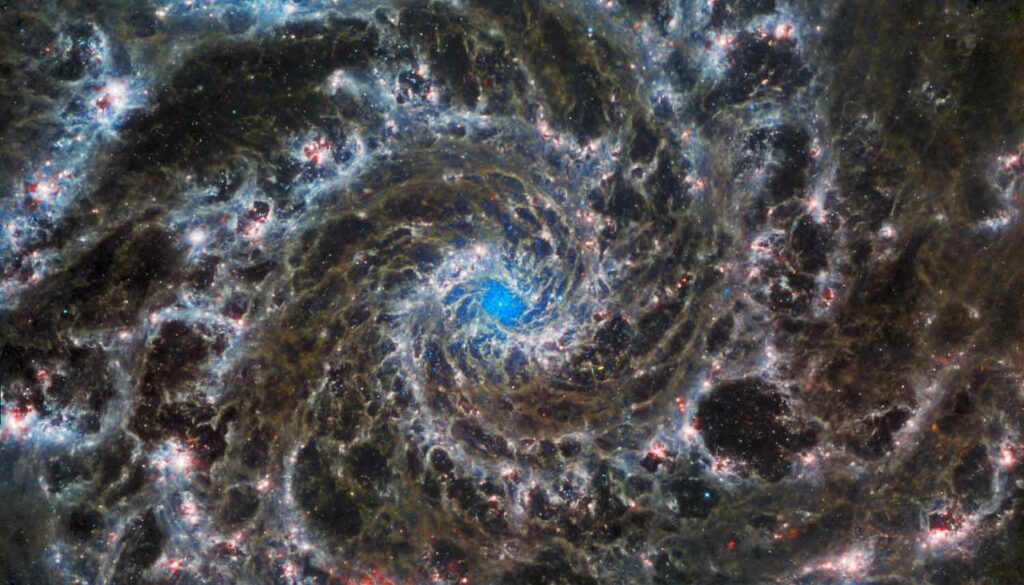 This photo of the Heart of the Phantom Galaxy was captured by the James Webb Space Telescope. Christopher Slayton recreated galaxies and much more.

An 18-year-old used the video game Minecraft to recreate the entire universe—or, at least, what’s known of it.

Christopher Slayton studied black holes, Saturn’s rings, and other parts of the universe for months in order to build his virtual universe. He started with Earth, using a globe to make sure the continents were in proportion with one another. Then, he worked his way out, building our solar system, our galaxy, and on and on. As he tackled the project, Slayton shared his progress on his YouTube channel, where he already had a record of some pretty bold Minecraft builds.

Minecraft, which was developed in 2009, is a game that’s designed to let players build their own worlds—or universes, in Slayton’s case. Using building blocks made from different virtual materials, players can create just about anything they want. Some builds are inspired by fictional worlds from books and movies, while others, like Slayton’s, aim to be as realistic as possible. B. Reeja Jayan, a mechanical engineer, says Minecraft has few rules—and that’s a good thing.

“One of the advantages of using a game like Minecraft is it’s so flexible,” Jayan told the New York Times. “It’s so easy for a small child to learn to play the game, but at the same time it’s been adapted for teaching advanced scientific concepts.”

Slayton has been playing Minecraft for nine years, and he has no plans to stop. Next, he wants to explore other dimensions! 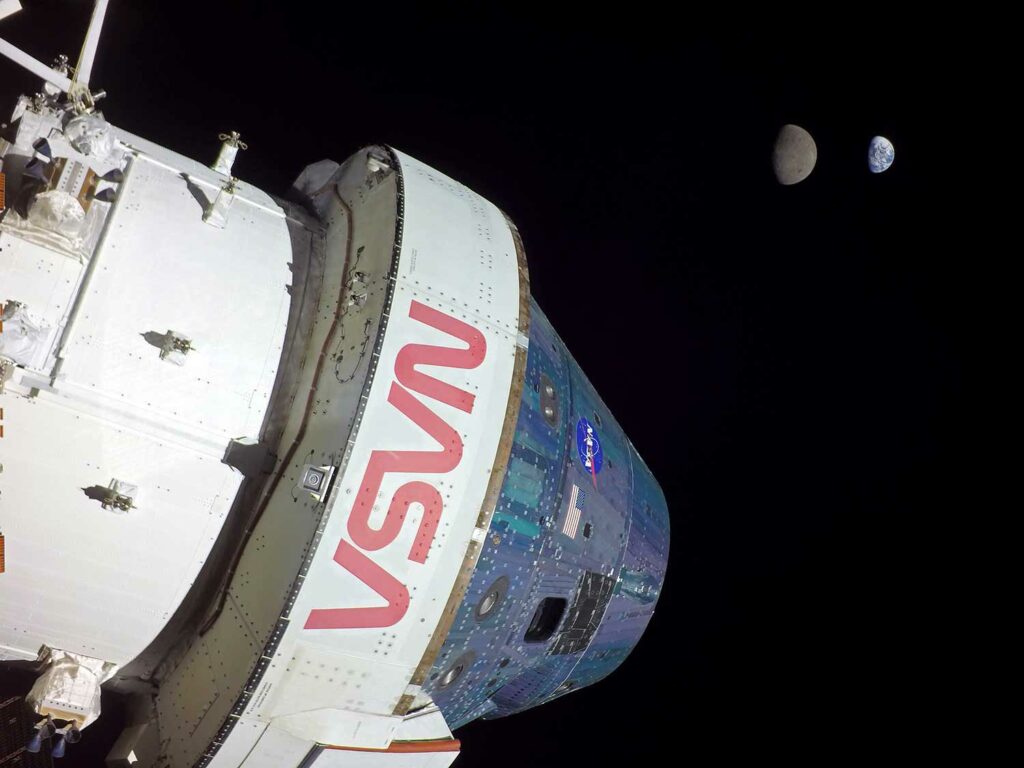 On November 28, Orion reached its farthest distance from Earth. This was its view.

NASA is halfway through its Artemis I mission, and everything looks good!

NASA launched its Orion spacecraft on November 16, 2022, and it started orbiting the Moon on November 25. Orion is made to carry up to four astronauts, but no humans went on this trip. The purpose of Artemis I is to test the performance and safety of Orion. It’s sort of like a practice run. On November 28, Orion was 280,000 miles (450,000 kilometers) from Earth. If all goes as planned, it soon will carry astronauts way out there, too.

Artemis I is only the beginning. NASA is planning Artemis II for 2024. In that mission, Orion will take four astronauts to the far side of the Moon (the side farthest from Earth) and back.

Artemis III is planned for 2025. Orion will link up with another spacecraft, which will land two astronauts on the Moon. It will be the first time humans have set foot on the Moon since 1972! 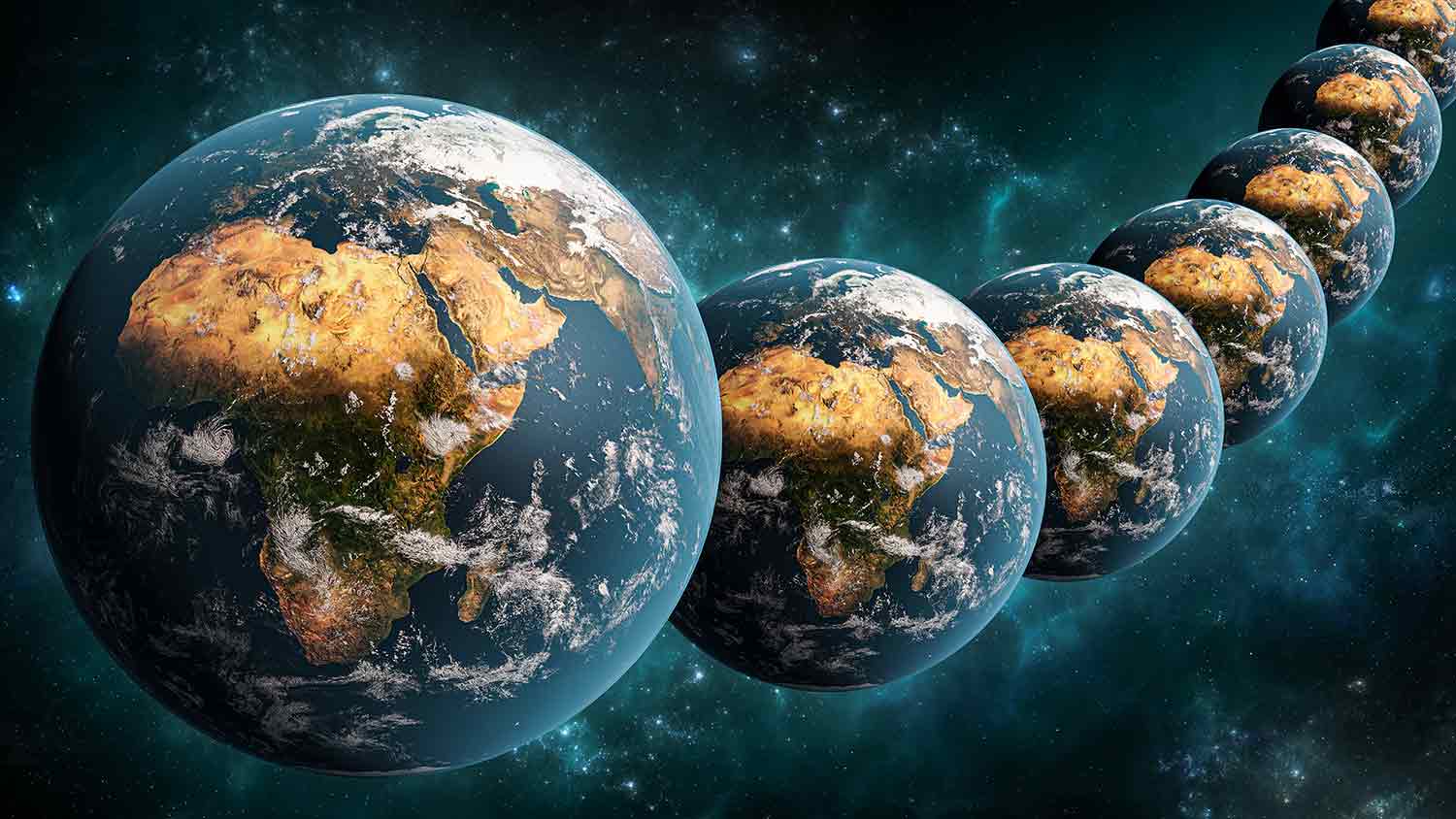 Some scientists believe in the idea of a multiverse. According to some theories, our universe, which is incredibly big, is just one of many parallel universes!

You can create whatever you want in Minecraft. Here are some of the best builds ever. 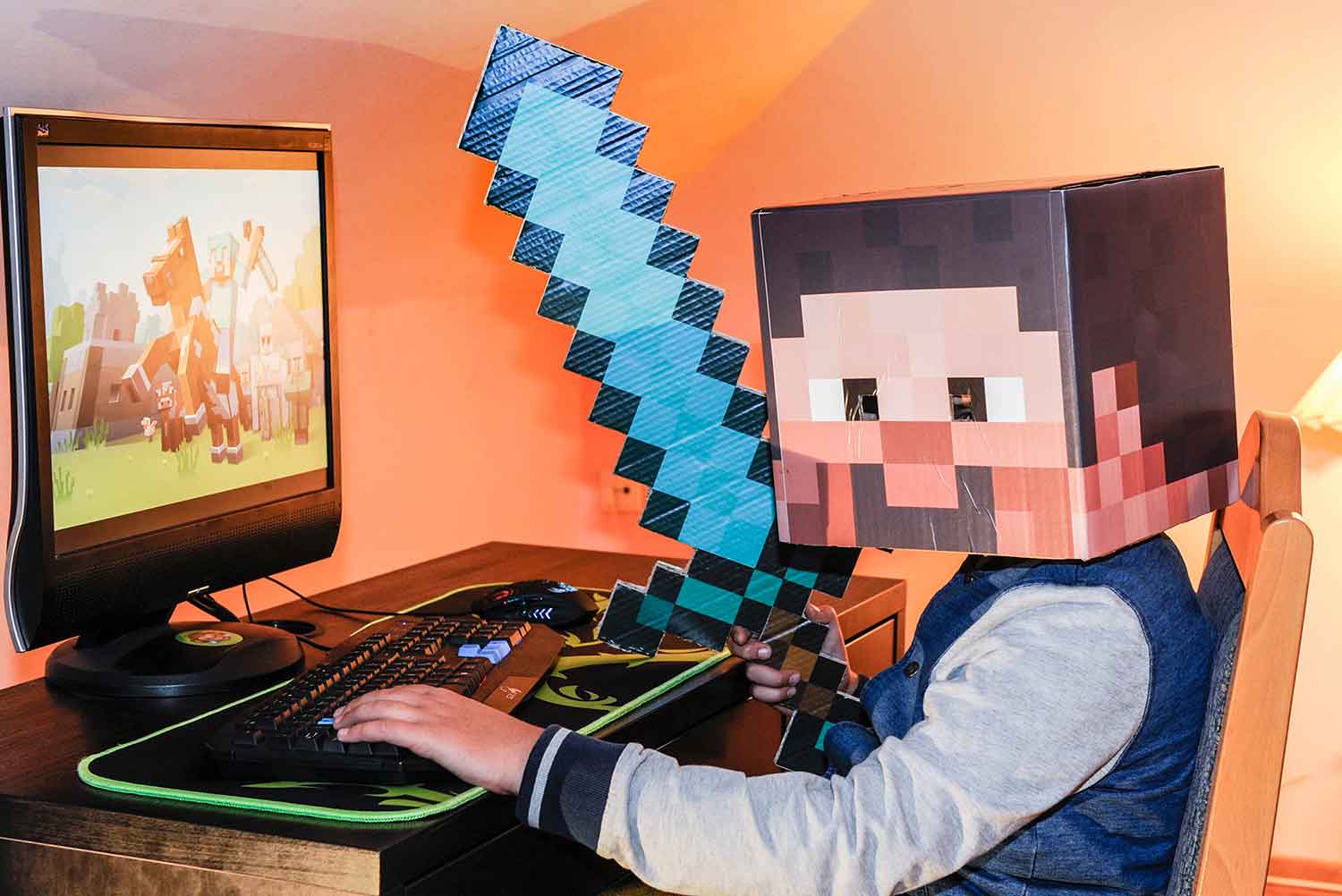 In 2016, Minecraft was the second-best-selling video game. What was the best seller?

: the quality of seeming real

How many old-school arcade games can you find?