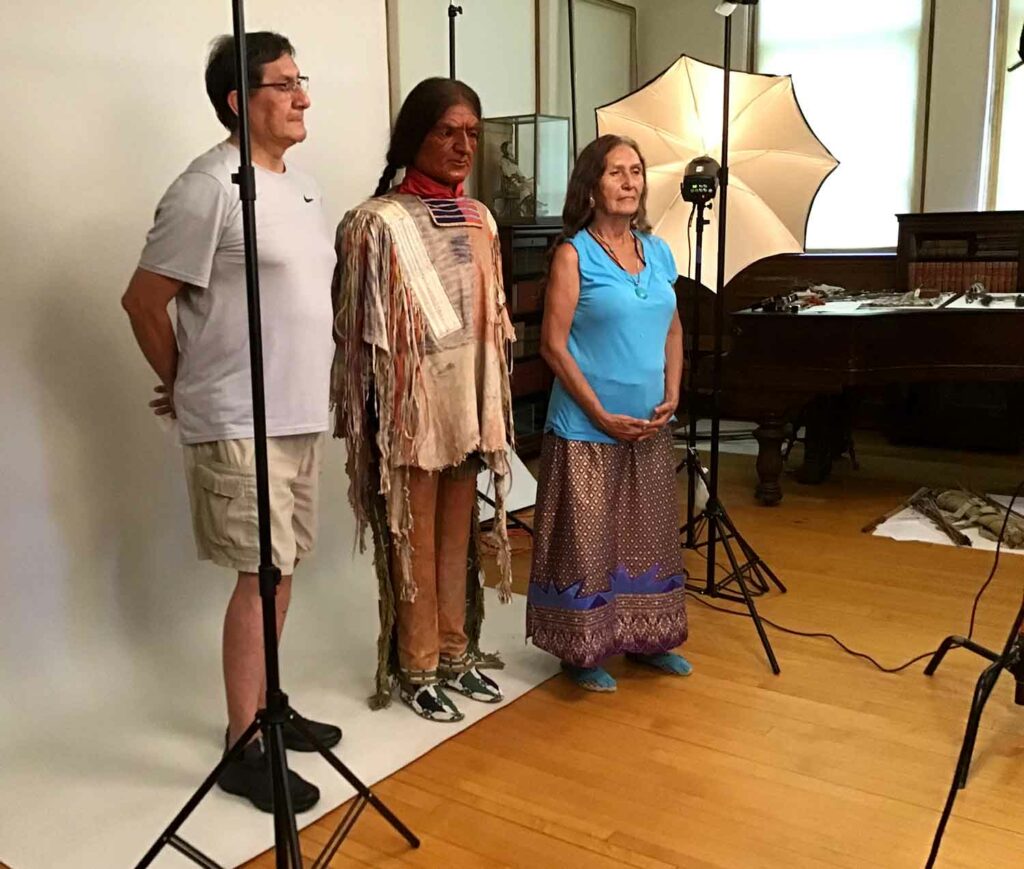 Jeff Not Help Him and Leola One Feather, archivists from Pine Ridge Reservation, an Oglala Lakota reservation in South Dakota, pose with items that have been displayed at the Founders Museum but will now be returned to the Lakota Sioux. Jeff Not Help Him believes that the shirt may be linked to members of his family.

Some of the objects that were returned to the Lakota Sioux are thought to have been stolen at the site of the massacre. Shortly after, a man named Frank Root, who ran a traveling show, made money showing the objects to the public. Root later donated the objects to the Founders Museum, which has had them ever since.

Many of the people who attended the ceremony said their ancestors had passed the memories of Wounded Knee down to them. Knowing that museums were displaying objects stolen from their ancestors only added to their pain. That’s why return of the objects was extremely important.

Wendell Yellow Bull, a member of the Oglala Lakota, grew up hearing stories about his ancestor, Joseph Horn Cloud, who was at Wounded Knee. Yellow Bull told the Boston Globe that the return was “the beginning of healing.” 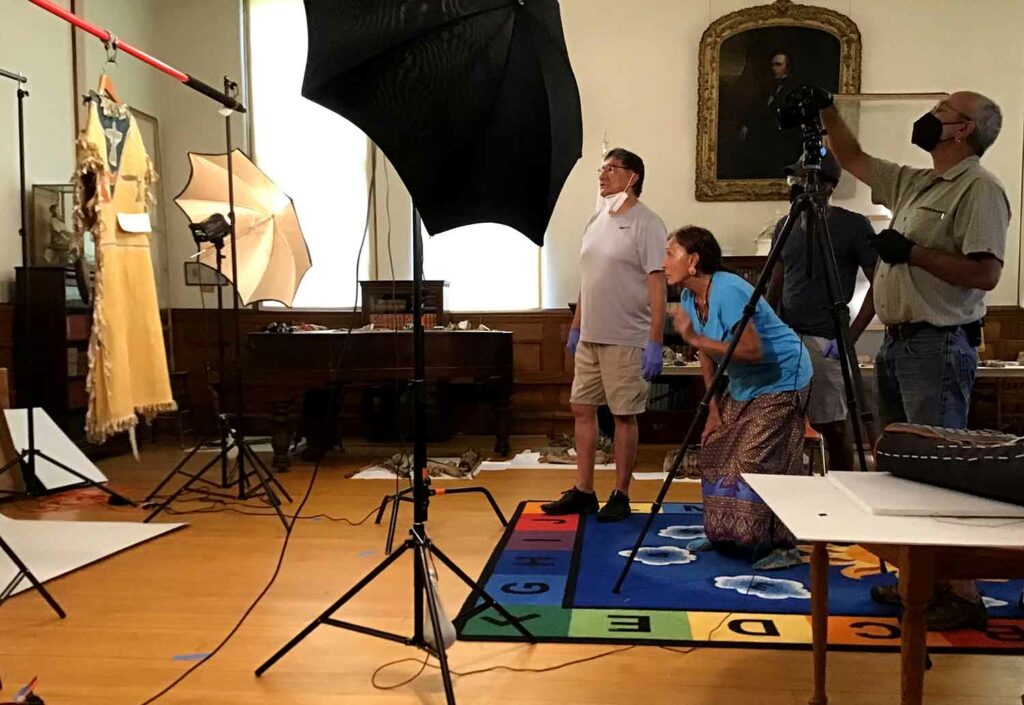 Jeff Not Help Him and Leola One Feather watch as a photo is taken of a ghost shirt, which the Lakota Sioux people believe to have spiritual powers.

The Founders Museum is one of many museums and universities that have objects connected to American Indian history in their collections. A 1990 U.S. law requires that public institutions (which are funded by the government) return such objects to their rightful owners. But progress has been slow. Many American Indians have worked for decades to get their objects back.

“For us to bring back these artifacts, that’s a step towards healing,” said Surrounded Bear, who had ancestors who died at Wounded Knee. “That’s a step in the right direction.”

Find out more about Wounded Knee and efforts to preserve the site where it happened. 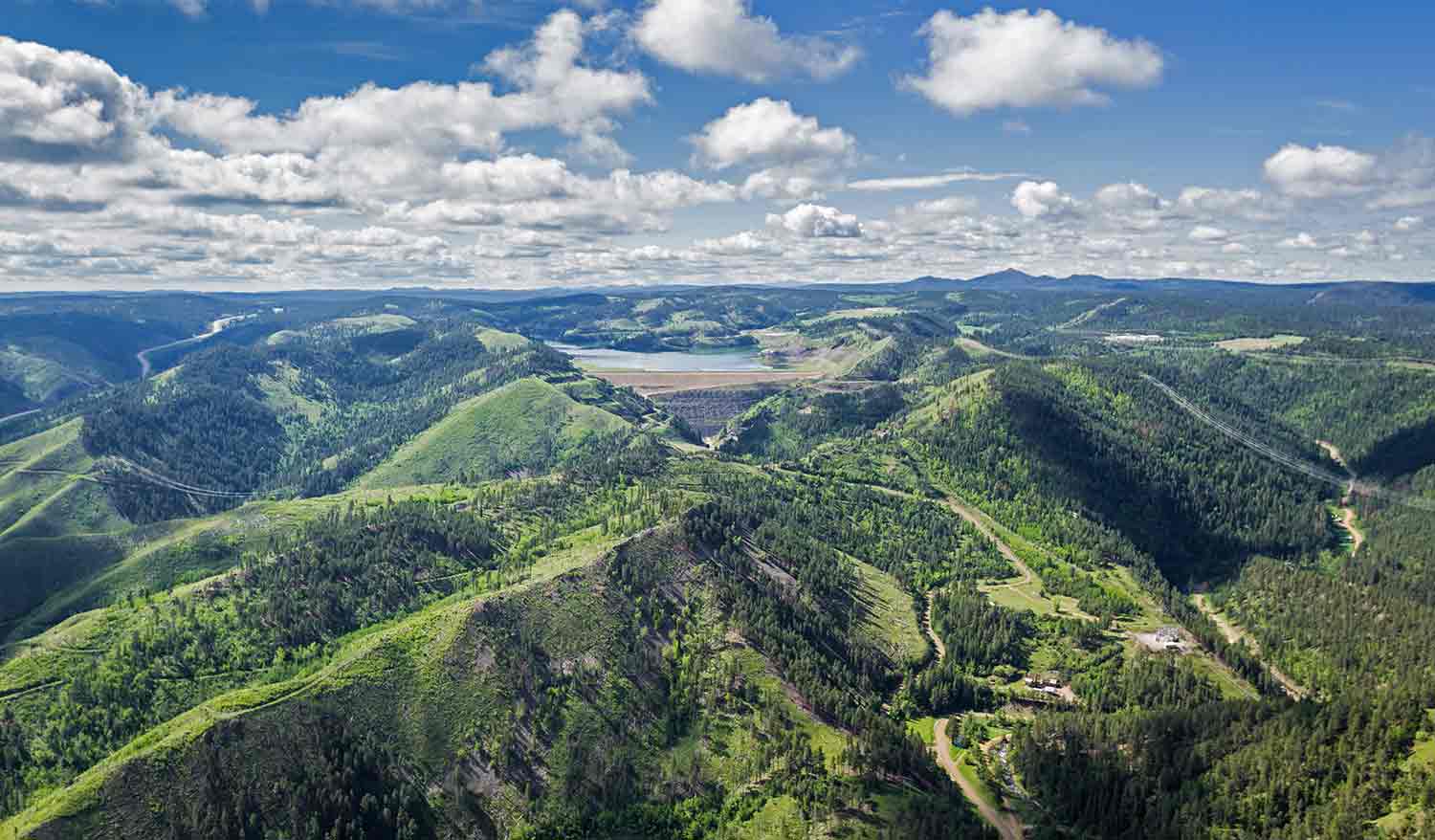 In 1868, the Sioux signed a treaty with the U.S. government stating that the Black Hills of South Dakota would become a reservation for the Sioux. But when gold was discovered in the Black Hills in 1874, the U.S. broke the agreement and allowed white miners into the area. Since then, the Sioux have been working to get their land back.

Who Do These Things Belong To?

Museums are filled with artifacts that tell the stories of cultures from around the world. But who do those objects really belong to?

It all comes down to how the artifacts ended up at the museums in the first place. Sometimes, art and other objects that we can see at museums were donated by the people who made them, or by their families. But not always. Some museum artifacts were looted, or stolen, from the people who made them. This has happened during wars, for example, when people from a conquering nation stole from the people they were conquering.

That doesn’t mean anyone at the museum stole the objects—or even knows the objects were stolen. Often, objects are donated to museums with no explanation. It’s not always easy to trace the journey an object takes from its home country to a museum. Still, some museum officials recognize that it’s not right, or respectful, for the museums to own these objects.

Recently, people from many different countries have filed claims, demanding the repatriation of their cultural artifacts. Repatriation means returning something to its country or culture of origin.  Many museums have been resistant to repatriation. Some don’t want to break up their collections. Others see returning these objects as admitting that their country did something terrible in the past—for example, looting objects from another culture. But more and more museums are repatriating artifacts. And, very slowly, objects are returning to where they came from. 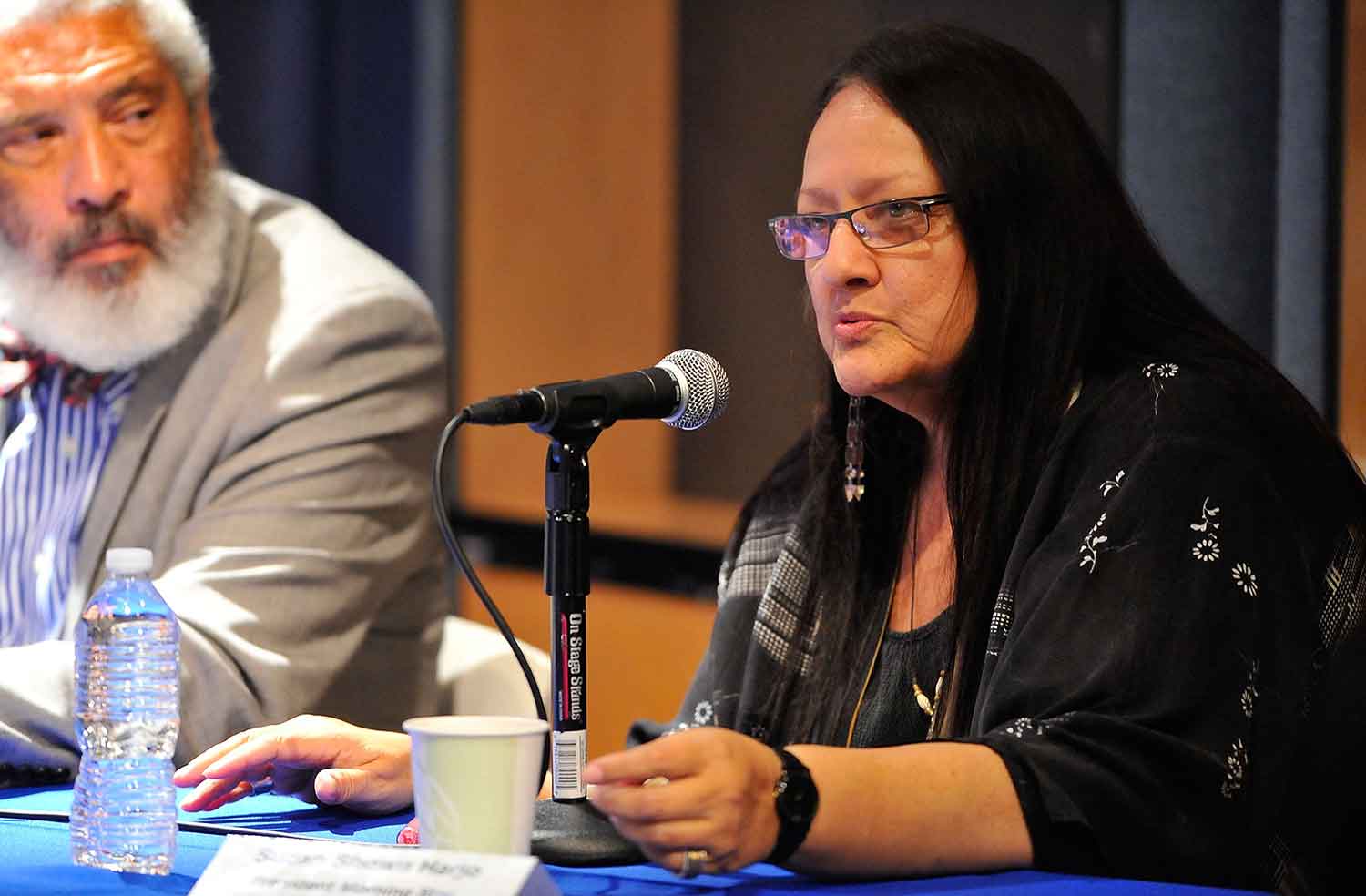 Suzan Shown Harjo is an activist who has worked to change the way artifacts are collected and displayed.

You can read more about Harjo at Britannica School.

: a valuable object that is owned by a family for many years and passed from one generation to another

It’s World Cup time! See if you can find all the words related to soccer.

More and more schools are banning cell phones. Should school be a phone-free zone?