October 10 is Indigenous Peoples’ Day in the United States. Here is a story of how the Oglala Sioux and the Cheyenne River Sioux are making sure the past isn’t forgotten.

Two American Indian nations have agreed to buy 40 acres of land around the Wounded Knee National Historic Landmark in South Dakota. The Oglala Sioux and the Cheyenne River Sioux agreed to the purchase in order to preserve the site where, in 1890, between 250 and 300 American Indians were killed at the hands of U.S. soldiers.

“It’s a small step towards healing and really making sure that we as a tribe are protecting our critical areas and assets,” Oglala Sioux Tribe President Kevin Killer told the Associated Press.

The two nations have agreed to buy the land, which has been for sale for many years, for $500,000. The Oglala Sioux will pay $255,000 and the Cheyenne River Sioux will pay $245,000. The nations will now petition the U.S. Department of the Interior to take the land into trust (care for the land). The site will be preserved as a place where the victims of the massacre will be memorialized.

Members of the Oglala Sioux, the Standing Rock Sioux, the Rosebud Sioux, and the Cheyenne River Sioux were all present at Wounded Knee when the 1890 massacre took place. Marlis Afraid of Hawk, of the Cheyenne River Sioux, said her grandfather was at the massacre. He was only 13 years old at the time. He told Afraid of Hawk the story of how he survived, and today she tells the story to her own grandchildren. Afraid of Hawk said she hoped the site would educate people about what happened there.

“They need to know the history. It needs to come through the true, true Lakota [Sioux] people,” she told the Associated Press.

Today, the U.S. government recognizes 574 American Indian nations. Among the nations, there is a huge range of traditions, languages, and cultural beliefs.

What Happened at Wounded Knee? 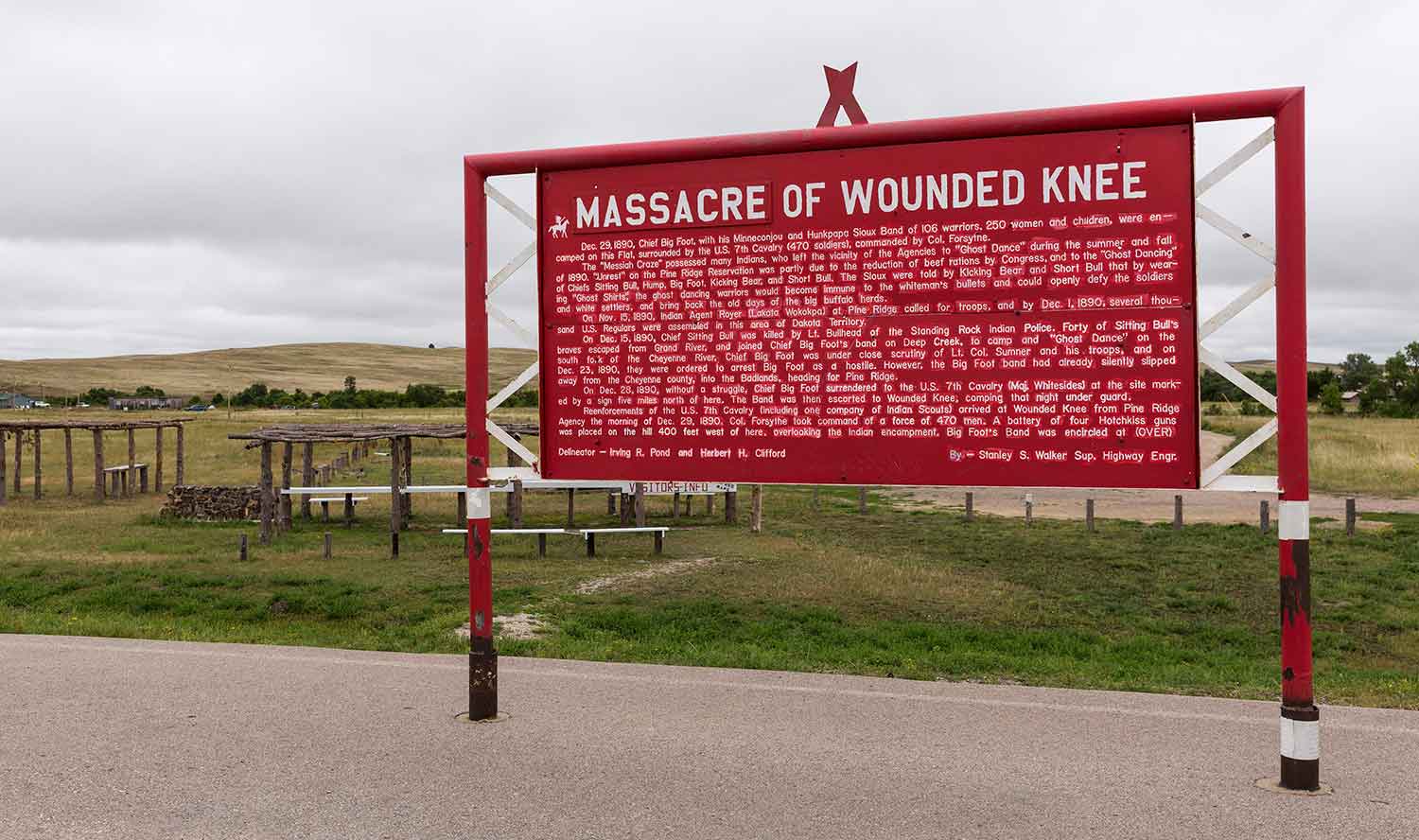 A plaque stands at the site in South Dakota where the Wounded Knee massacre took place.

The Wounded Knee massacre was one of the last of many conflicts that took place between the U.S. military and American Indians as U.S. officials moved to take more and more of the Indians’ land away from them.

In December 1890, U.S. officials had banned a religious movement called the Ghost Dance. One of the key parts of the Ghost Dance was a belief in a prophecy or vision of the future. In this vision, the world would return to a time before Europeans arrived in North America, and American Indians would be able to reclaim their traditional ways of life.

On December 28, 1890, in an attempt to enforce the ban on the Ghost Dance, U.S. officials arrested some Lakota people. The next day, soldiers began to take away the group’s weapons. When one of the Lakota people’s guns accidently went off, the U.S. soldiers opened fire. Having given up their guns, many of the Lakota people were defenseless. The soldiers killed between 250 and 300 Lakota men, women, and children. 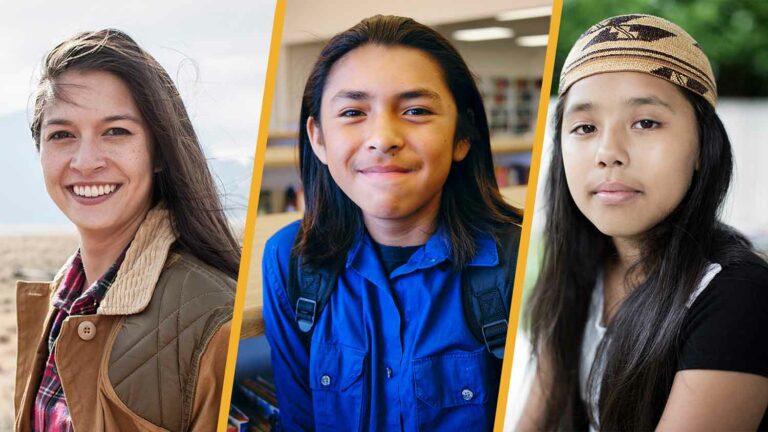 There is so much to learn about American Indians, or Indigenous peoples.

: produced, living, or existing naturally in a particular region or environment

See if you can guess the word in six tries.