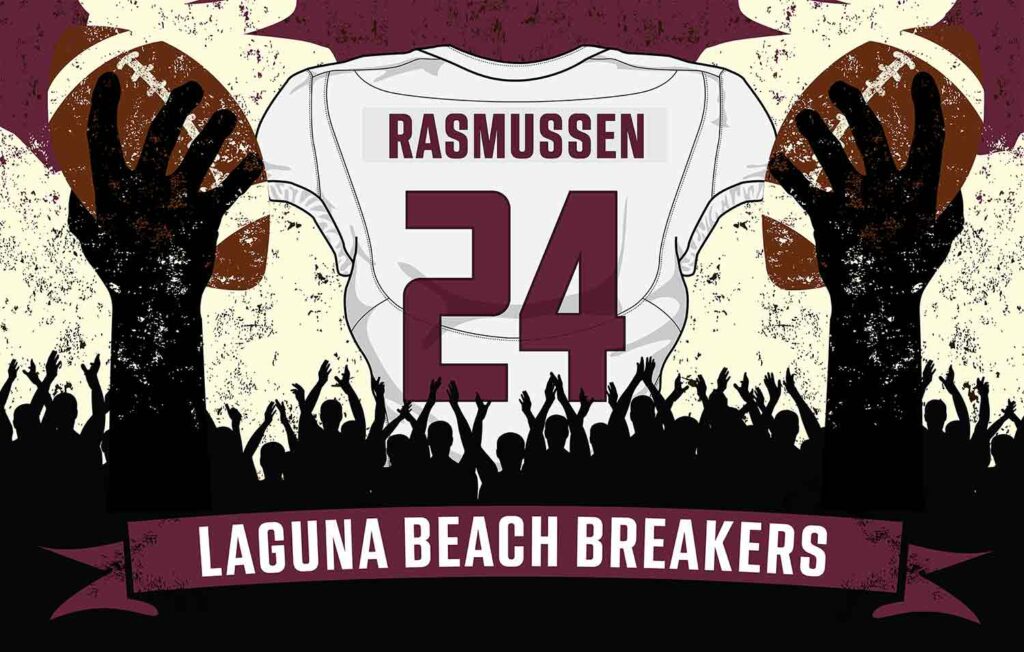 Bella Rasmussen has loved football since she was 3 years old. And for nearly as long, the senior at Laguna Beach High School in Laguna Beach, California, has dreamed of scoring a touchdown. On October 14, Rasmussen made her dream come true—twice.

That night, Rasmussen became the first female high school football player in the state of California to score two touchdowns in a varsity game. Her touchdowns contributed to a 48–0 victory against the Godinez Grizzlies of Santa Ana, California.

“I’m looking at coach, I’m like, Nah, man, I got it. I can do it,” Rasmussen said in an interview with Today. “I’m saying this to myself over and over and over again. [Then] I’m in the end zone [where a player runs to score a touchdown]. And I remember I just stood up and I was like, “Did anybody see? This actually happened?”

That was the first touchdown. To be able to score a second one—in the same game—was unexpected, she said.

“I was in disbelief. [I thought] there’s no way that just happened,” Rasmussen told the Los Angeles Times.

Rasmussen has been playing football at her high school for four years as a running back and defensive end. At 5 feet, 9 inches (175.3 centimeters) tall and 135 pounds (61.2 kilograms), she’s smaller than most of her teammates, who are all boys. Her opponents are bigger than she is, too. But she said her teammates had been encouraging her before the game, telling her they were sure she’d score a touchdown.

They knew she could reach the end zone, and so did she.

“To be able to do it was something I had been dreaming about since I was 6 years old,” Rasmussen told the Los Angeles Times. “I ran to my mom [and said], ‘I did it.’” 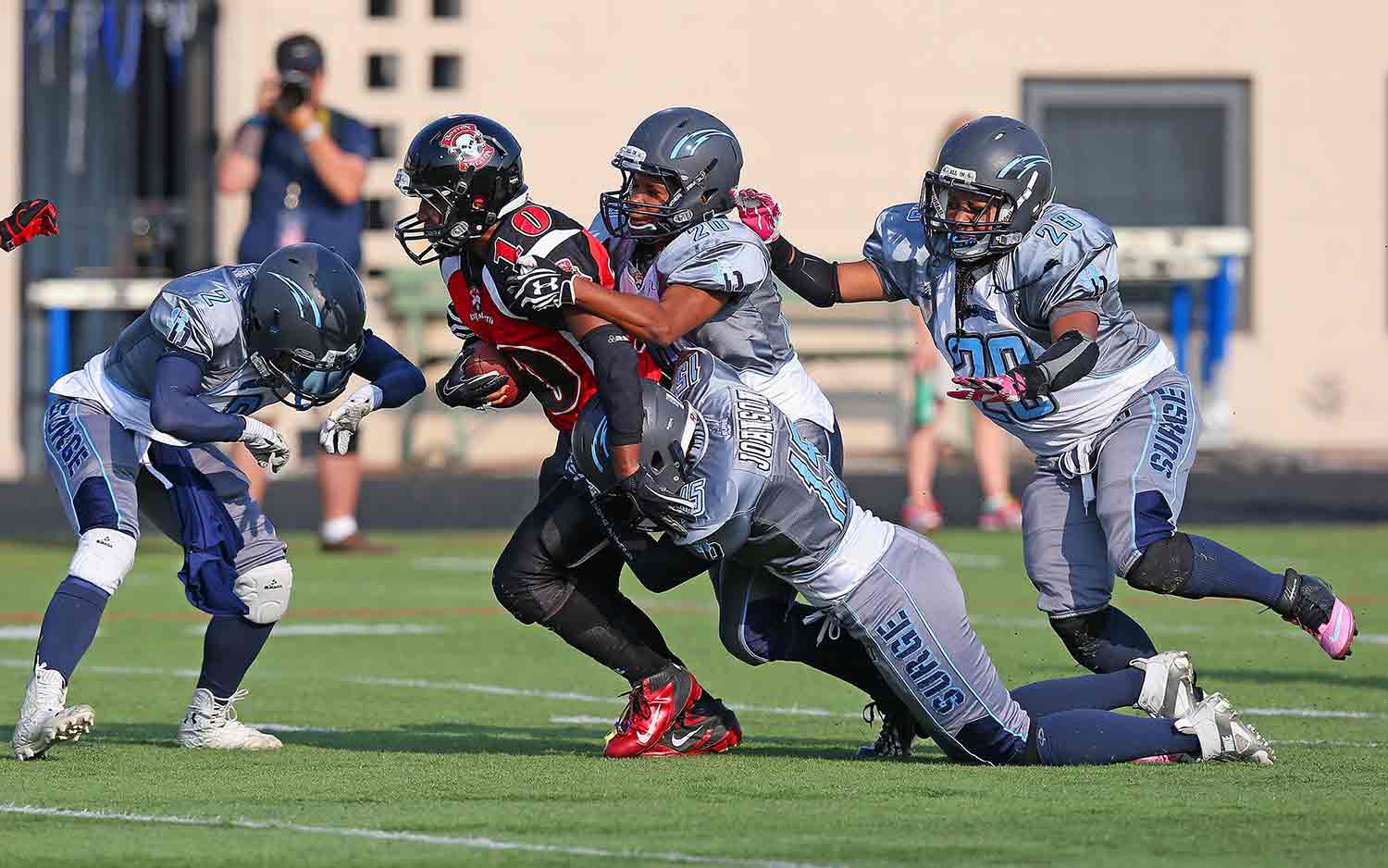 Adrienne Smith (10) of the Boston Militia is tackled by Sonfre Roberson (2), Alicia Freeman (20), Natasha Joanson (15), and Tiffany Humphrey (29) of the San Diego Surge during the Women’s Football Alliance National Championship game in 2014.

In the U.S., about 4,000 women play tackle football in organized leagues. 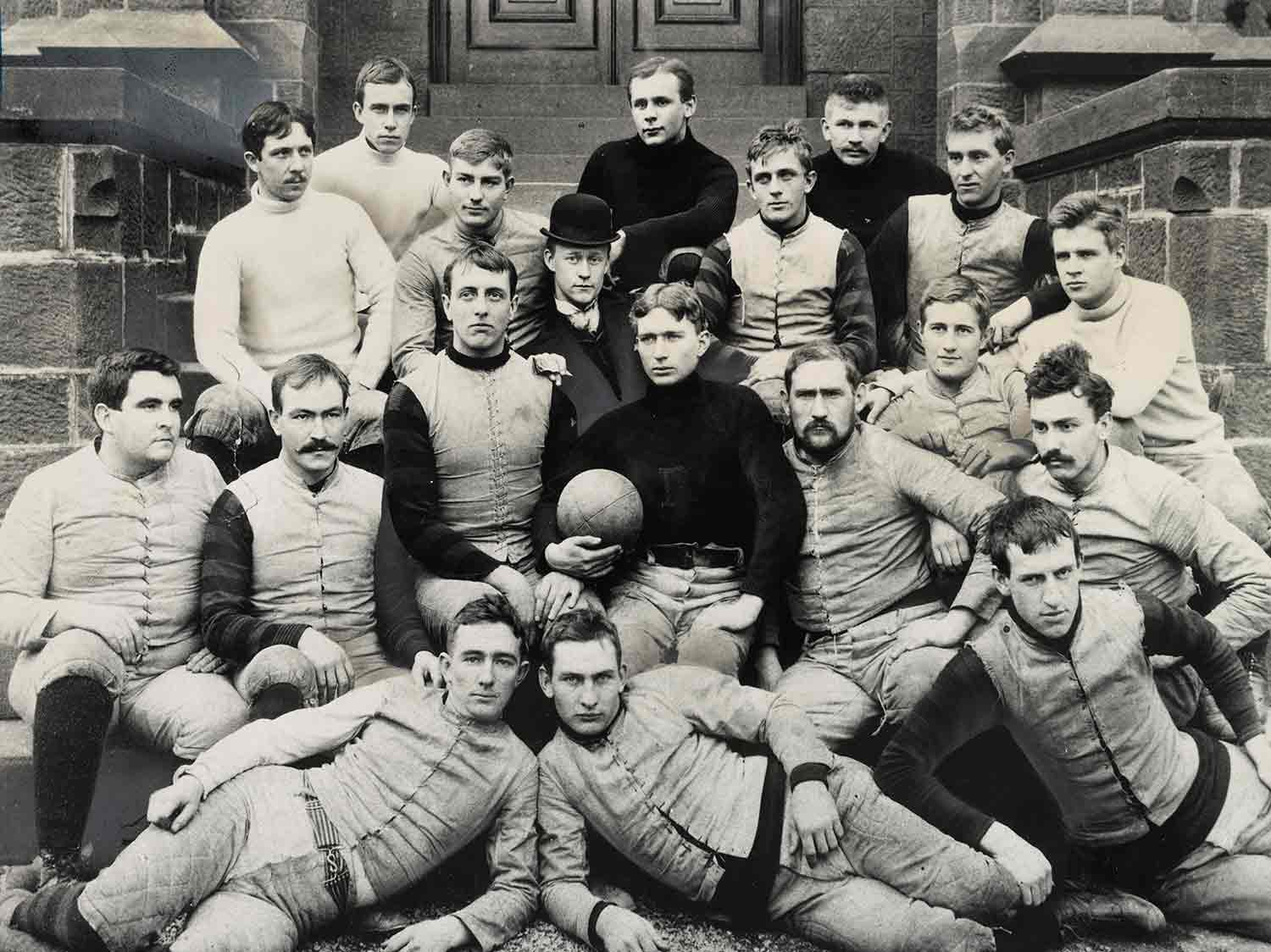 This photo of the Rutgers University football team was taken in 1891, 22 years after the first college football game.

The first-ever American college football game took place between Rutgers University and Princeton University on November 6, 1869. But if you could go back in time to watch that game, you might not recognize it as the sport that’s played during the Super Bowl.

The game between Rutgers and Princeton closely resembled a very old sport from England. The English call that sport football. Americans call it soccer.

For the Rutgers and Princeton players, the object of the game was to kick the ball into the opponent’s goal. They could also move the ball with any part of their bodies, including their hands. Players were not allowed to throw the ball. Rutgers won the game, 6 to 4.

Over the next few decades, the sport evolved quite a bit, borrowing some rules from another English game called rugby. In both sports, players can score points by carrying the ball across the goal line of the opposing team.

Today, football is the most popular sport in the U.S. In 2022, about 112 million people watched the Super Bowl. That’s more than one-third of the U.S. population.

Why is American football called gridiron football? You can learn more about the sport—and your favorite players—at Britannica School!

See if you can find all the football terms.