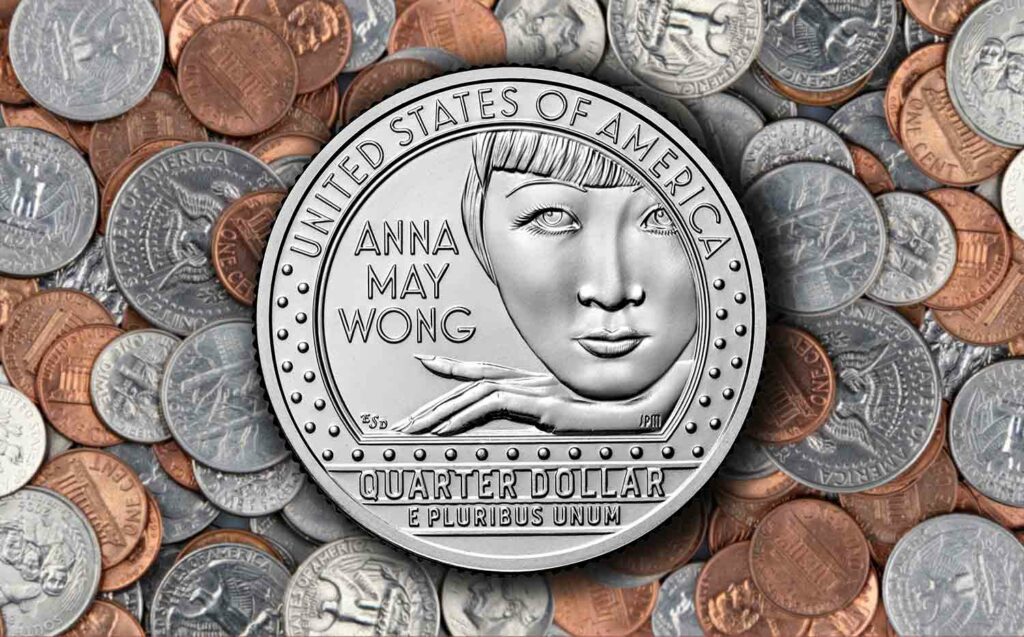 The U.S. Mint has just issued a new quarter honoring film legend Anna May Wong, who became the first Asian American movie star despite the constant racism she faced. The quarter, which features Wong’s face resting on her hand, was issued on October 24. It’s the fifth in a series of special quarters honoring women’s achievements.

Wong was chosen because she was “a courageous advocate who championed for increased representation and more multi-dimensional [film] roles for Asian American actors,” according to a statement from Ventris Gibson, director of the U.S. Mint.

Born in 1905 in Los Angeles, California, Wong began acting in movies at age 14, at a time when movies were still silent. Wong was repeatedly cast in roles that reinforced stereotypes. She was also paid less than her white costars. Her frustration led her to move to Europe, where she found success in German, French, and British movies. Wong returned to the U.S. in the 1930s and tried to land the lead role in the 1937 movie The Good Earth, about a Chinese American family. Wong, who was Chinese American, lost the part to Luise Rainer, a white actor. 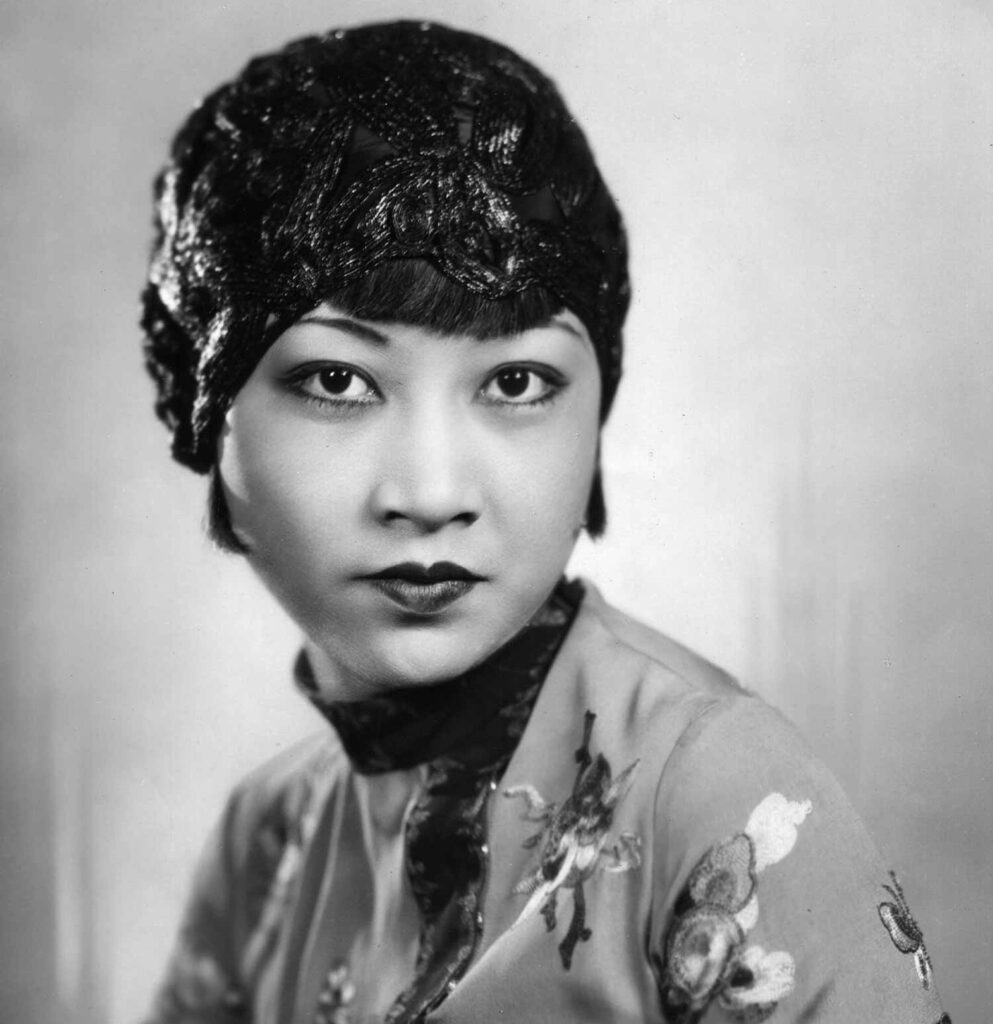 With some persistence, Wong was able to work out a deal with the movie studio Paramount Pictures. The agreement gave her more control over the parts she would play. According to Arthur Dong, a filmmaker who wrote a book about Asian Americans in Hollywood, this type of deal was extremely rare at the time, particularly for a woman of color.

In addition to movies, Wong made several appearances in TV dramas. She died in 1961.

Wong received a star on the Hollywood Walk of Fame in 1960, but Dong says the new quarter has another level of significance.

“What it means is that people all across the nation—and my guess is around the world—will see her face and see her name,” Dong told the Associated Press. “If they don’t know anything about her, they will…be curious and want to learn something about her.” 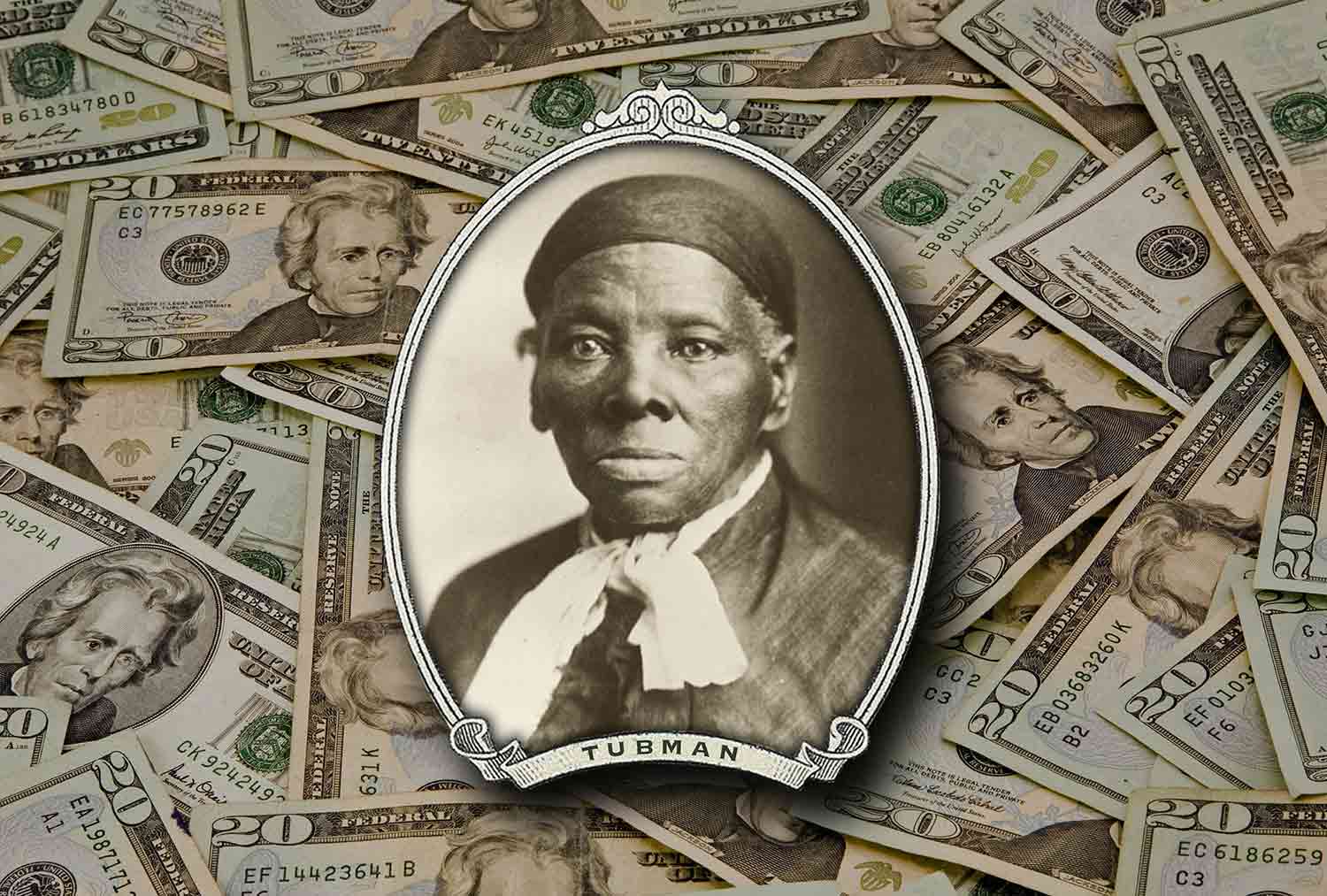 By 2030, Harriet Tubman will replace Andrew Jackson as the face of the 20 dollar bill.

Aside from commemorative coins like the one that features Anna May Wong, all U.S. currency to date has featured white men. However, that’s set to change when abolitionist and activist Harriet Tubman becomes the face of the 20 dollar bill. U.S. government officials say the first Harriet Tubman bills will be printed by 2030.

Anna May Wong is the fifth woman to be featured in a series of U.S. quarters honoring women’s achievements. Here’s a little bit about the other women being honored in 2022. 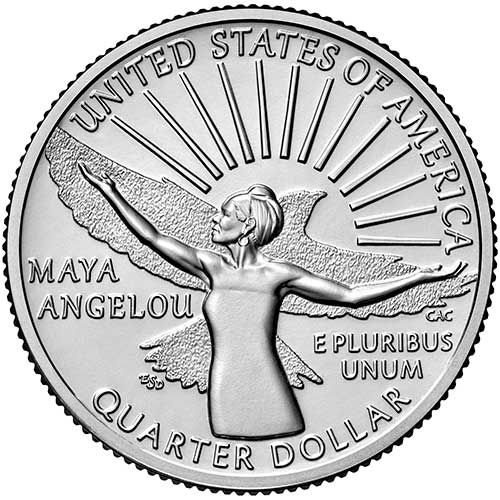 Maya Angelou was a celebrated author, poet, and dancer, as well as a civil rights activist. Her autobiography I Know Why the Caged Bird Sings made her world famous. She went on to write more than 30 other books. In 2000, Angelou received the National Medal of Arts for her contributions to literature. 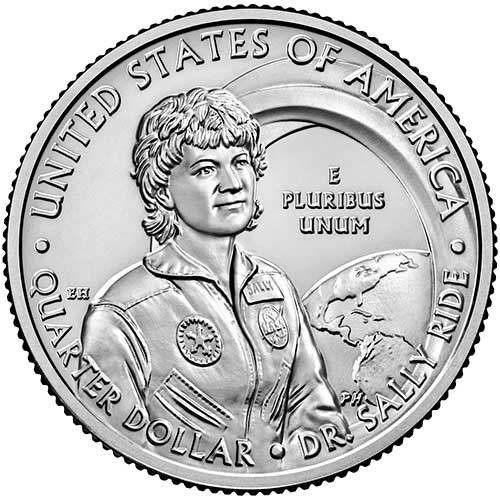 Sally Ride was a scientist, an astronaut, and an educator. In 1983, Ride became the first American woman to travel into space. She later wrote books and began an education program to inspire girls to pursue careers in science and engineering.

Wilma Mankiller was an activist for American Indian rights. Born in the Cherokee Nation, Mankiller became the first woman to be elected as its chief in 1987. She worked to improve housing, health care, and educational opportunities for the nation. After she left office, she worked to improve rights for women, American Indians, and people from disadvantaged communities. 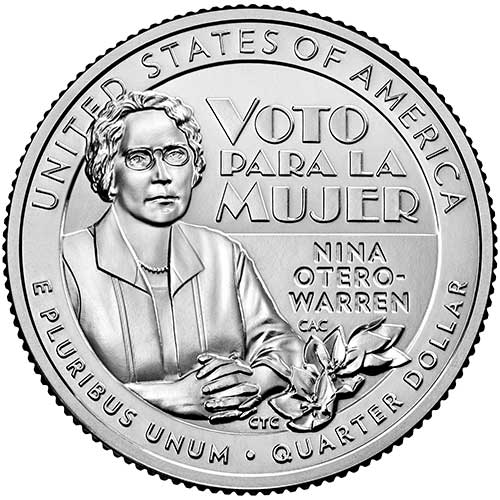 Nina Otero-Warren was an activist who worked for political and social causes. Born in 1881 in New Mexico, Otero-Warren was part of the women’s suffrage movement—the effort to win women the right to vote in the United States that led to the passage of 19th Amendment in 1920. A descendant of a Latino family, Otero-Warren stressed the importance of using the Spanish language to reach Latina women in the fight for suffrage.

More to Her Story

: a person who makes, does, or discovers something new and makes it acceptable or popular