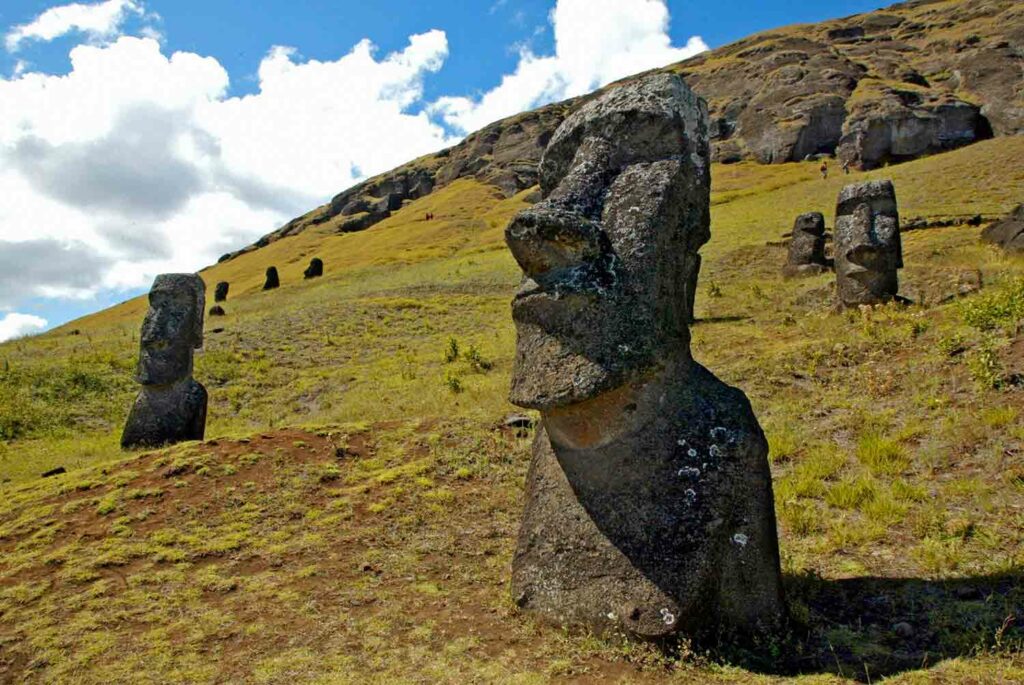 This photo of some of Rapa Nui’s statues was taken before the fire.

In October, a fire swept through the Pacific island of Rapa Nui (also called Easter Island). The blaze caused permanent damage to the moai—the massive, iconic statues that have been fixtures on the island for hundreds of years.

The flames spread across 250 acres of the island, which is located about 2,200 miles (3,540 kilometers) west of Chile. Some of the moai were left charred and cracked, and a few toppled over.

There are around 1,000 statues on Rapa Nui. The statues, most of which look like giant heads, range from 6 to 30 feet (1.8 to 9.1 meters) tall. The statues were carved out of volcanic rock, mostly between about 1050 and 1680 CE. The sculptors were Polynesian people whose ancestors first arrived on the island in about 400 CE and whose descendants live on the island today. Archaeologists believe that the statues had a religious purpose.

The statues are culturally important, and they’re also important to the economy of Rapa Nui. Each year, about 160,000 tourists visit the island to see them. After the fire, officials stopped allowing visitors so that they could measure the damage. One thing they do know is that at least some of the statues will never look the same.

“The damage caused by the fire can’t be undone,” Pedro Edmunds Paoa, the island’s mayor, told Smithsonian magazine. “The cracking of an original and emblematic stone cannot be recovered.”

Fact or fiction: The statues on Rapa Nui are “just giant heads.”

Excavations, including one that was completed in 2012, revealed that the statues’ torsos are lurking under the ground! They were covered up by centuries of erosion.

How Did They Get There? 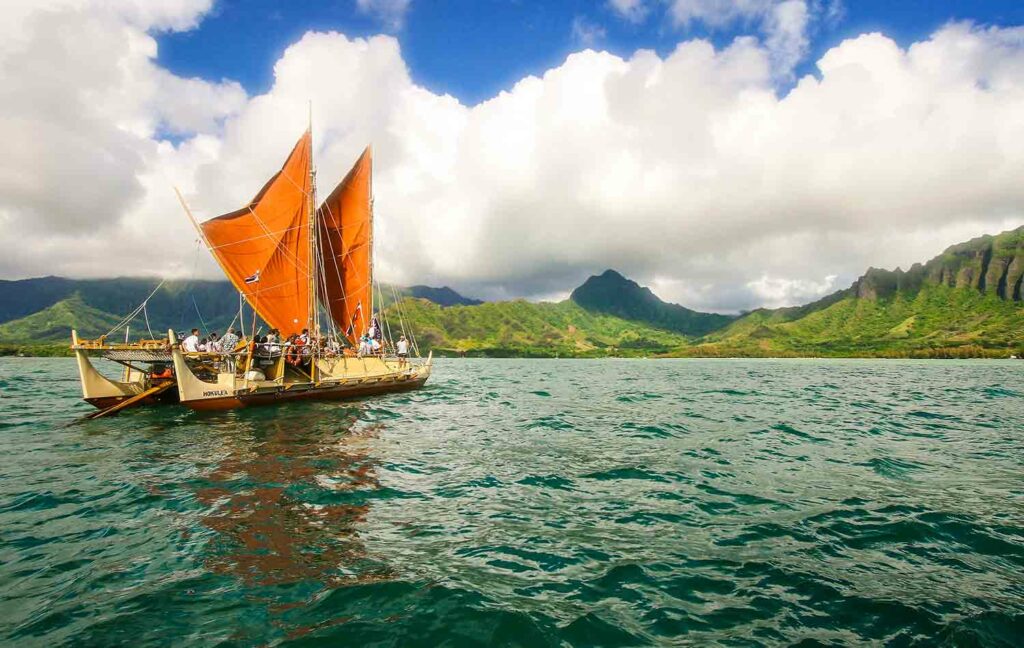 This canoe, originally launched in 1975, was designed to resemble the canoes built by Polynesian people nearly 2,000 years ago.

Rapa Nui is the easternmost island in Polynesia. Located 1,200 miles (1,900 kilometers) from any other inhabited land, it’s extremely remote. Archaeologists aren’t sure where the people who first settled Rapa Nui in about 400 CE came from. They may have traveled from a different island in Polynesia, but one that would have been thousands of miles away from Rapa Nui.

How did ancient people undertake such a long ocean voyage with no modern navigation equipment? The Indigenous people of the Pacific Ocean islands were skilled navigators. Traveling in large wooden canoes, the Polynesians used their knowledge of the stars to find their way.

In the 1970s, the Polynesian Voyaging Society built a traditional Polynesian canoe and sailed it for thousands of miles, from Maui to Tahiti, using only the wind, sea, and stars. They proved that a long sea voyage is possible, even with primitive tools.

A Long Way From Anywhere 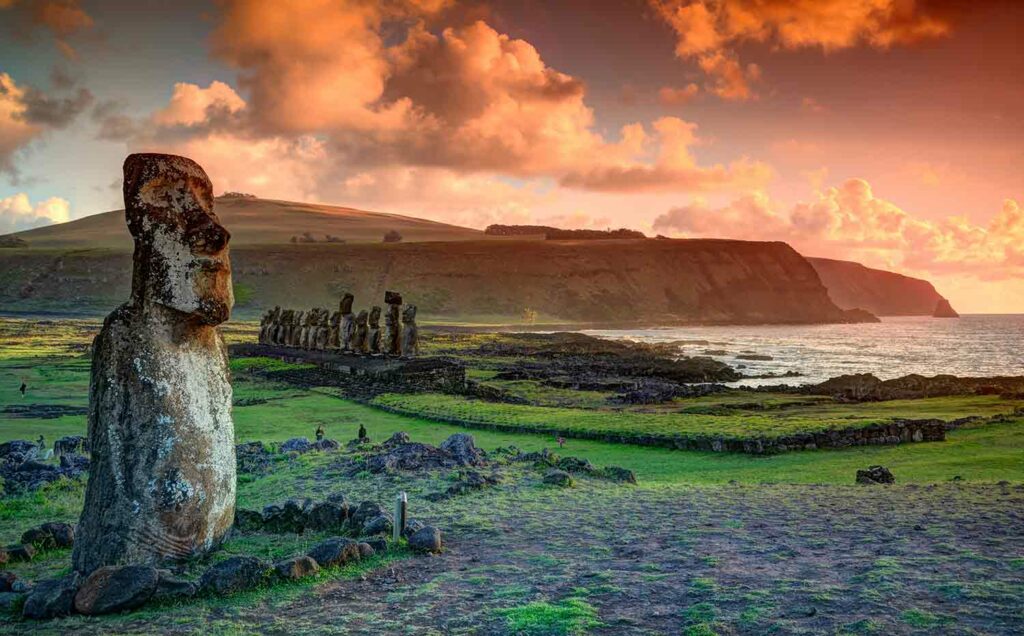 The statues on Rapa Nui were made from volcanic rock—and Rapa Nui itself is the result of volcanic eruption.

Learn more about this island at Britannica School!

:  something that is from a past time, place, culture, etc.

There’s candy hidden in this puzzle. See if you can find it!