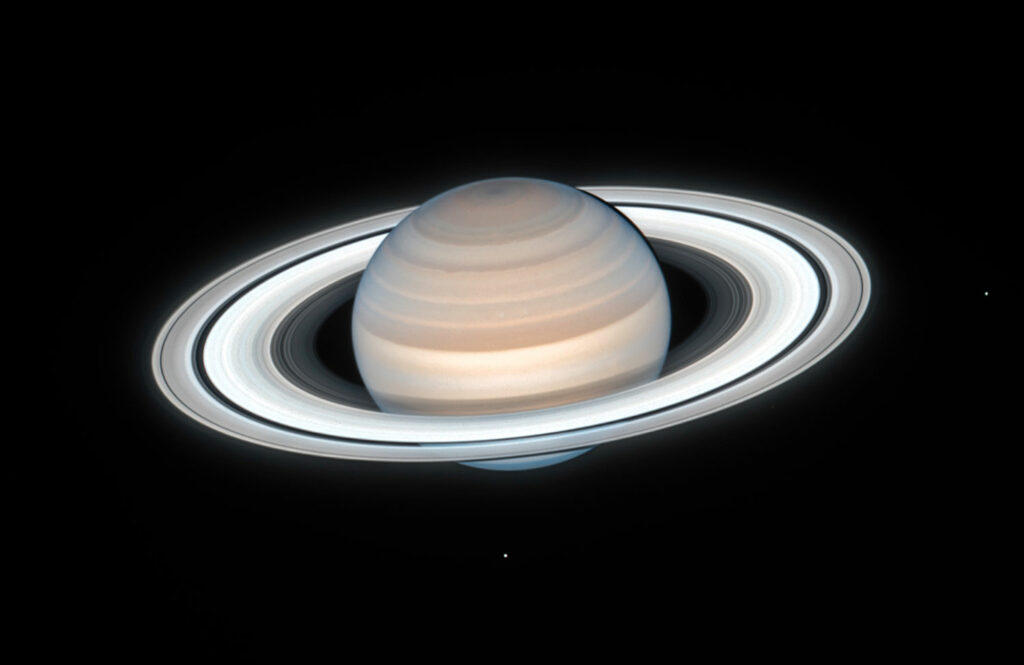 The Hubble Space Telescope took this image of Saturn in 2020.

The universe is full of mysteries. Is there life on other planets? Is there more than one universe? And why does Saturn have those rings? Scientists have found a possible answer to that last question. The rings may be what’s left of a satellite that was destroyed by Saturn’s gravity.

Saturn is more than 4.5 billion years old, and for most of that time, it probably didn’t have rings. In a recent study, scientists theorized that about 160 million years ago, one of Saturn’s moons got too close to the giant planet and was ripped apart by Saturn’s gravitational pull. Most pieces of the shattered moon got sucked into Saturn’s atmosphere. But about 1 percent of them remained in orbit, eventually forming the beautiful rings that still surround the planet.

“As a butterfly emerges from a chrysalis, the rings of Saturn emerged from the primordial satellite Chrysalis,” Jack Wisdom, a professor of planetary science at the Massachusetts Institute of Technology (MIT) and lead author of the study, told Reuters.

Saturn isn’t the only planet in our solar system that has rings. Rings surround Jupiter, Uranus, and Neptune, though they’re not as large and bright as Saturn’s. Saturn’s rings are made up mostly of particles of water ice, which suggests that Chrysalis would have been composed mainly of water ice.

Saturn is slowly losing its rings. The particles, which range from the size of a grain of sand to the size of a mountain, are being sucked in by Saturn’s gravity. But they won’t all go away in our lifetime. Scientists estimate that Saturn will be a ringless planet about 300 million years from now.

Note: The Sun is MUCH bigger than we’re showing in this image. In fact, it’s 12 times larger than Saturn.

Saturn is known as a “gas giant.” How huge is it? If Earth was the size of a cherry, Saturn would be the size of a head of iceberg lettuce.

A Home Far From Home 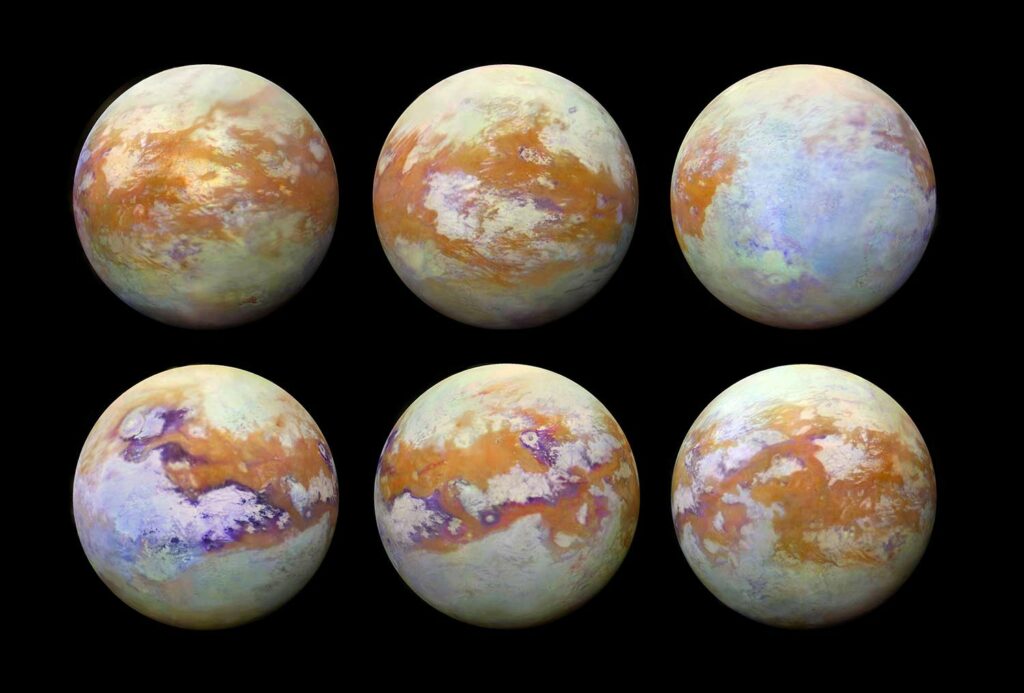 These six infrared images of Titan, one of Saturn’s moons, were taken in 2018.

Scientists have sent spacecraft to study Saturn, but humans haven’t gone to the ringed planet—not yet, anyway. Even if we could journey the roughly 746 million miles (1.2 billion kilometers) to Saturn, we couldn’t land on the planet, which is made up mostly of gases and liquids. (Also, we’d get crushed by the pressure of Saturn’s atmosphere.)

However, scientists say that, theoretically, we could land on Titan, one of Saturn’s 83 moons. While Titan is not exactly a comfortable rest stop (there are no bathrooms, let alone a McDonald’s), we could make it work, if we had the proper equipment. Unlike Saturn, Titan has a solid surface—it’s covered in water ice.

“If you were in the outer solar system and you had to make an emergency landing, go to Titan,” NASA astrobiologist Chris McKay told Space.com.

Humans wouldn’t need a pressurized suit to survive on Titan because Titan’s atmosphere is only about 60 percent denser than Earth’s. Being on Titan would feel like being about 50 feet (15.2 meters) under water. 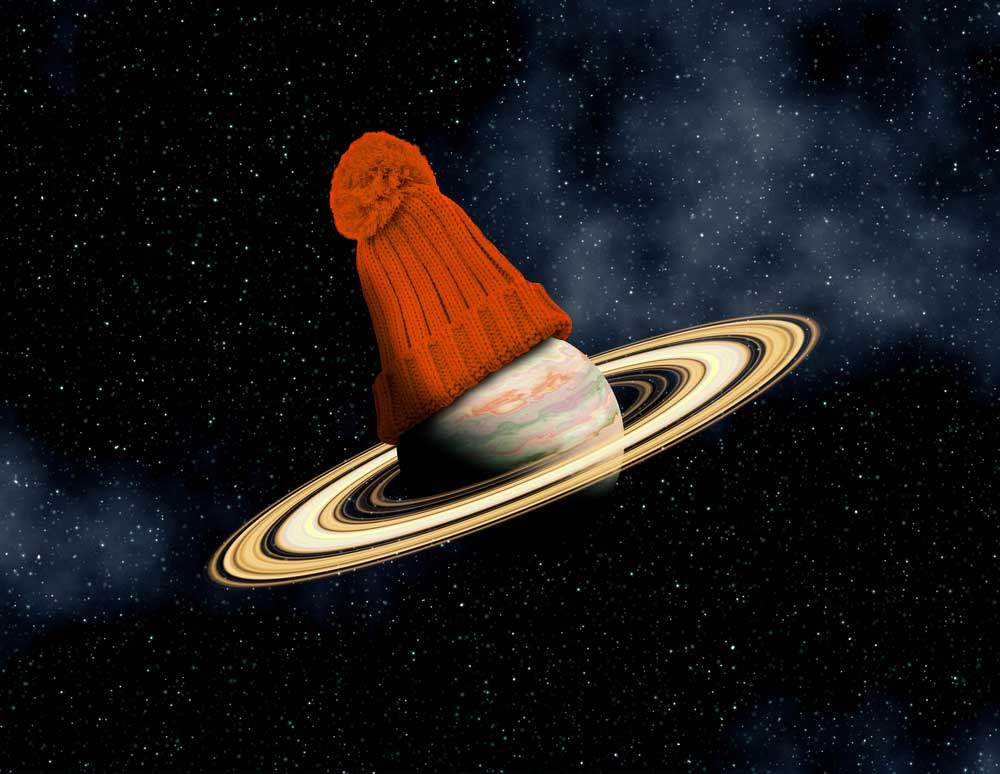 Saturn has seasons, like Earth. But because of Saturn’s long trip around the Sun, each of its seasons lasts seven years! That’s a long winter.

: existing from the beginning of time : very ancient

Some of Saturn’s moons are hidden in the puzzle. See if you can find them.