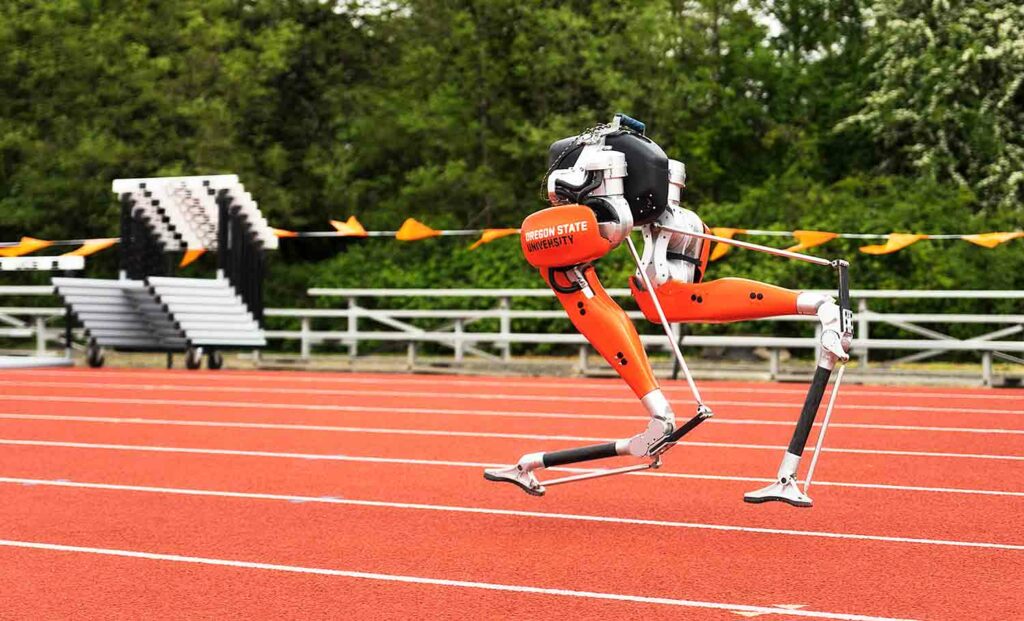 Cassie is the first bipedal robot to use machine learning to control its running movements.

Cassie, which was developed at the Oregon State University (OSU) College of Engineering, set the record on an outdoor running track. During the run, the robot ran an average speed of a little over 13 feet (4 meters) per second. More significantly, it started and ended the run in a standing position. Project collaborator Alan Fern says this poses a challenge to a running bipedal robot.

“Starting and stopping in a standing position are more difficult than the running part, similar to how taking off and landing are harder than actually flying a plane,” Fern, an OSU artificial intelligence professor, told The Robot Report.

Cassie is the first bipedal robot to use machine learning to control a running pace outdoors. In 2021, the robot ran 3.1 miles (5 kilometers) outdoors in just over 53 minutes. The robot is designed for running. Its “legs” bend like the legs of an ostrich, a non-flying bird that can run at speeds of up to 43 miles (69.2 kilometers) per hour.

OSU robotics professor Jonathan Hurst, who is directing Cassie’s development, said making robots more agile opens many possibilities for what these machines might be able to do in the future.

“This may be the first bipedal robot to learn to run, but it won’t be the last,” he said. “I believe control approaches like this are going to be a huge part of the future of robotics. The exciting part of this race is the potential…. I think progress is going to accelerate from here.” 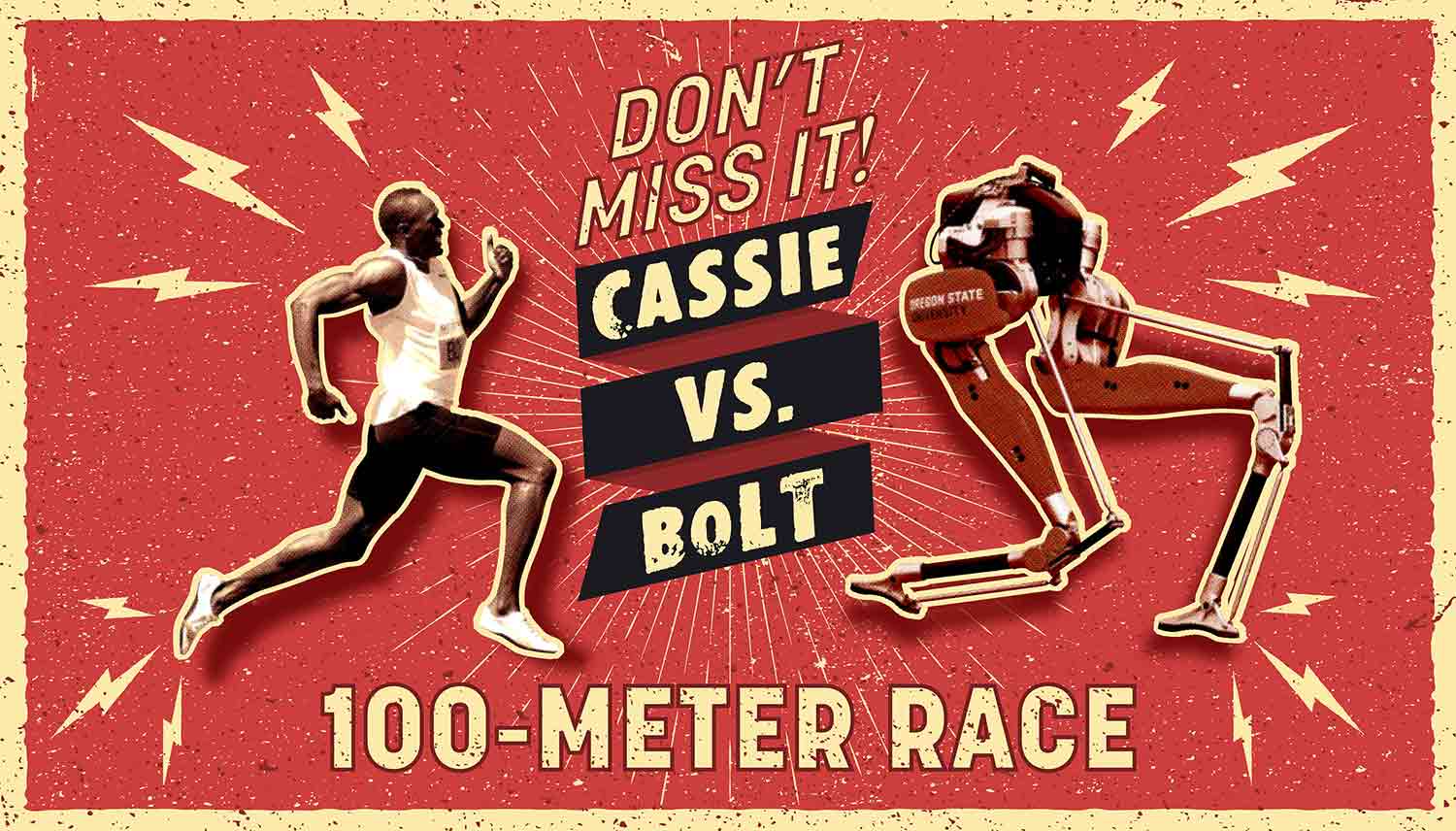 Cassie ran 100 meters in 24.73 seconds. How would Cassie do in a race against a human? Here are the stats. 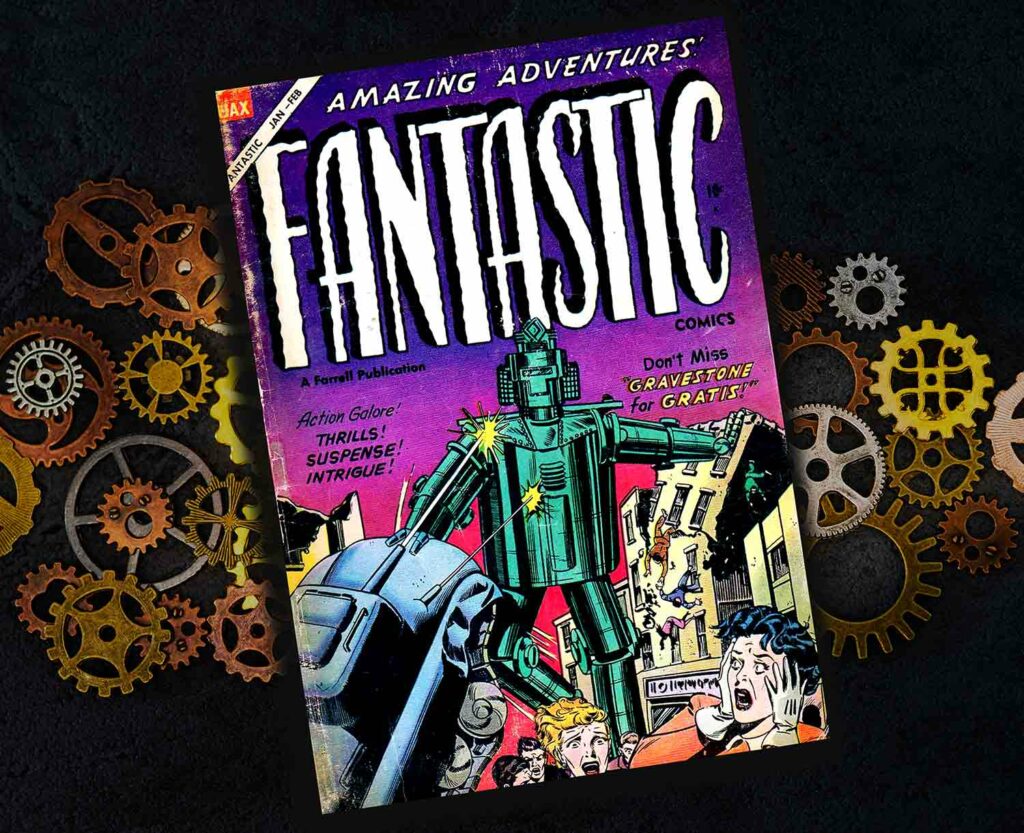 In the 1950s, people predicted that, by the year 2000, we’d have intelligent, humanoid robots helping us with all kinds of things. Less optimistic people worried about robots becoming too smart and taking over the planet. Fears of a robot-dominated world played out on movie screens and on the pages of comic books.

Neither of these predictions has come true…but robots are creeping into our lives. Robot vacuum cleaners and robot lawn mowers are available to buy. And robotic devices are helping humans to build cars, perform surgeries, and much more.

Experts say robots will be an even bigger part of our future, doing tasks that are somewhat repetitive or predictable. In the future, a robot might schedule your doctor appointments and even take your vital signs during a checkup. A robotic truck could transport cargo over long distances. (Self-driving cars already exist.) Robots might be able to do an increasing amount of housework, as well.

Far from a robot takeover, experts believe that future robots will be beneficial to humans as a whole. As they do more for us, robots will free up our time to be more innovative and creative.

A World of Bots?

Tesla and other companies are working on robots that move around like people do. What’s the future of robots?

: a machine that can move by itself

Can you find the robots and robot-related words?