Dr. Bernice King speaks during a 2018 visit to the National Civil Rights Museum.

In 1980, when Bernice King was 17, she gave a speech to the United Nations. Addressing representatives from countries around the world, King called for an end to apartheid, a system of racial segregation that was the law in South Africa until 1994. Today, Bernice King continues to promote equality, justice, and peace—all values that were important to her famous father, Martin Luther King, Jr.

Bernice King was a small child in 1968, when her father was killed. But both of her parents passed down their principles to Bernice and her sister and brothers. Martin Luther King, Jr., believed in using nonviolent methods, such as education and peaceful demonstrations, to address racism and poverty. His wife, Coretta Scott King, was also a passionate fighter for equality.

In 1968, Coretta Scott King founded the Martin Luther King Jr. Center for Nonviolent Social Change, also called the King Center, to continue her husband’s work. Today, Bernice King is the head of the King Center, as well as a lawyer and a public speaker. Her aim is to provide people with tools they can use to bring about social change, peacefully.

Like her father, Bernice King believes that education is one key. Love is another. In 2022, she co-authored a children’s book called It Starts With Me. The book’s message is that each person can make the choice to be loving and compassionate to others.

Bernice King believes that love isn’t just about caring for the people you know. It’s about having compassion for all of humanity.

“Now more than ever, I believe that my father would encourage humanity to join together in love,” King wrote in The Atlantic in 2021. “Love…is a powerful, moral force on the side of justice.” 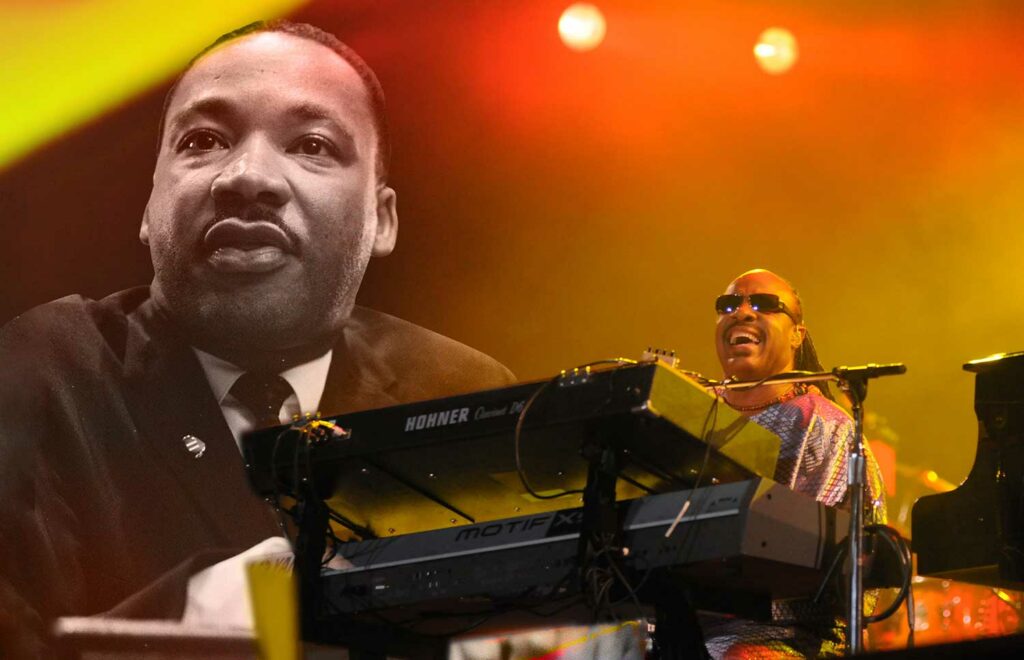 Singer Stevie Wonder wrote the song “Happy Birthday” during the campaign for national recognition of the birthday of Martin Luther King, Jr. Since 1983, King’s birthday has been a national holiday in the United States. 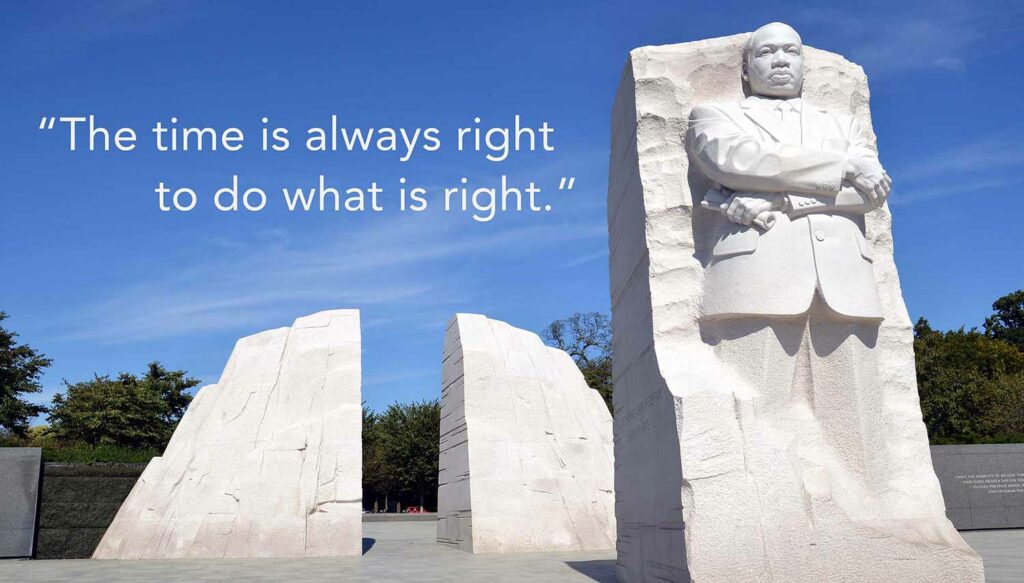 The Martin Luther King, Jr. National Memorial features a monument engraved with some of Dr. King’s most memorable quotes.

Martin Luther King, Jr., won the Nobel Peace Prize in 1964. The prize is awarded once a year to a person who is committed to peace and human rights. In his acceptance speech, King said, “I believe that unarmed truth and unconditional love will have the final word in reality.” Here are some more of King’s words.

“Hate cannot drive out hate, only love can do that.”

“As long as there is extreme poverty in this world, no one can be totally rich, even if he has a billion dollars.”

“The time is always right to do [what is] right.”

“Injustice anywhere is a threat to justice everywhere.”

The Life of Dr. King

Click through the slideshow to read about the life of Martin Luther King, Jr. You can read even more about Dr. King at Britannica School.

: something that happened in the past or that comes from someone in the past

How much of the puzzle can you fill in?