Astronaut Jessica Watkins is the first Black woman to live and work in space. 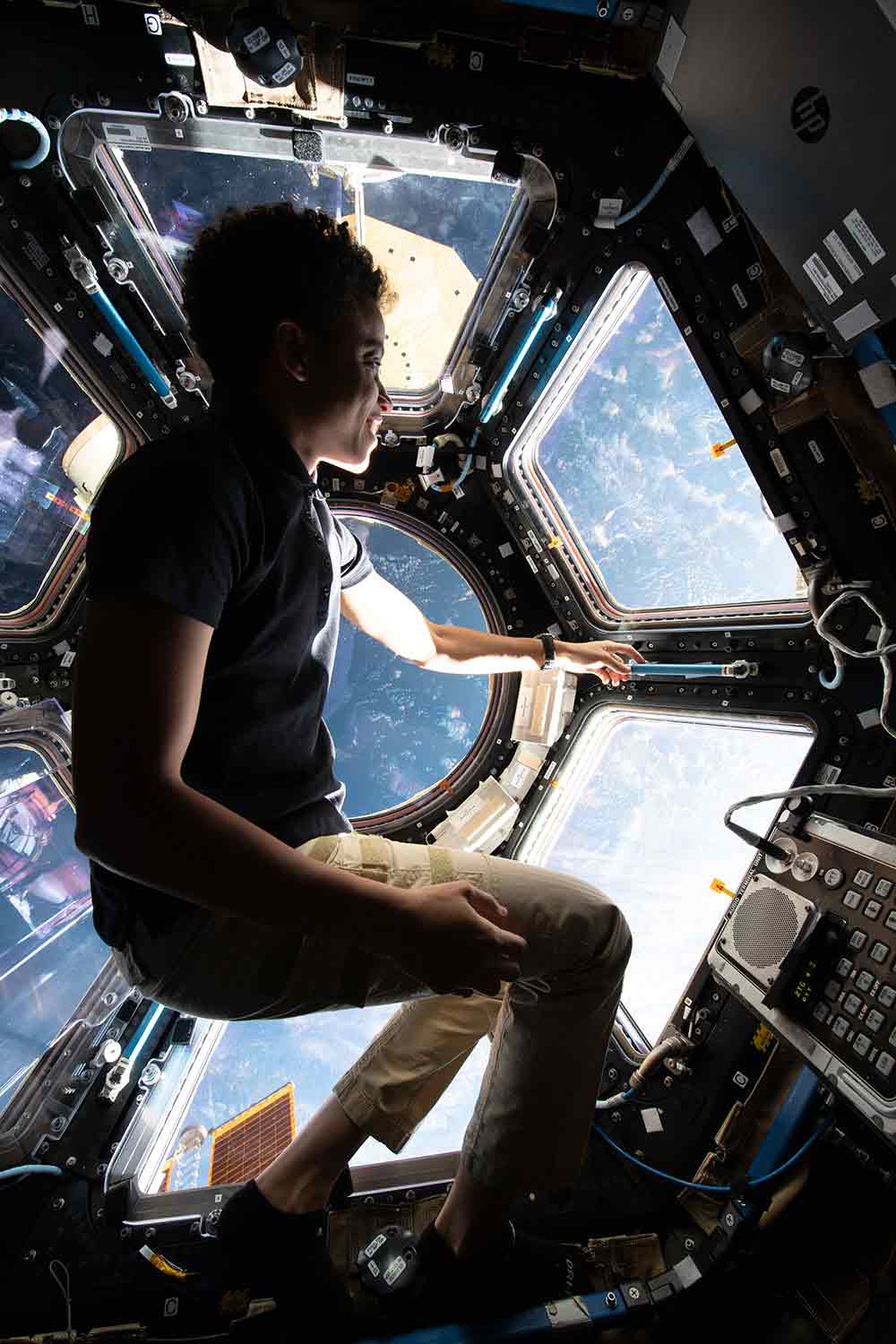 NASA astronaut Jessica Watkins enjoys the view of Earth from inside the International Space Station.

Jessica Watkins is the first Black woman to live and work in space. Watkins, an astronaut with the National Aeronautics and Space Administration (NASA), arrived at the International Space Station (ISS) on April 27.

Watkins will remain on board the ISS for six months. During this time, she’ll be a mission specialist. One of her jobs is to study and photograph features of Earth to see how they are changing over time. She’ll also observe how plants grow in space. She and the other ISS astronauts will study themselves, too! They’re interested in learning more about how being in space for a long time affects the human body.

Watkins is a geologist, which means she studies rocks and other materials on Earth and other planets. She went to school for many years, earning a Ph.D. from the University of California, Los Angeles (UCLA). (A Ph.D. is a degree that a person can earn after finishing college.) While she was studying geology, Watkins began working at NASA. In 2017, she was on a team that helped prepare for a mission to send a rover (a kind of robot) to Mars. That year, NASA chose her to be an astronaut candidate. Watkins spent two years training to go to space.

Watkins is the fifth Black woman to travel into space. The first, Mae Jemison, orbited Earth in 1992. Watkins hopes she will inspire girls to dream big. And she hopes her time in space will open opportunities for more people of color.

After her ISS mission is complete, Watkins could be headed to the Moon. Watkins is one of the astronauts working on a project called Artemis, which aims to put humans on the Moon for the first time since 1972.

Maybe Watkins’s footprints will dot the surface of the Moon someday!

The ISS is a laboratory and living space that orbits Earth. Astronauts from different countries share the station. Along with Watkins, the ISS is currently home to astronauts from Russia and Italy, as well as two other American astronauts.

In this 2013 video, NASA astronaut Karen Nyberg shows how she washes her hair on the International Space Station, where there is very little gravity.

Astronauts on the ISS live in a microgravity environment. This means humans appear to be weightless and can float around. And if astronauts aren’t careful, a lot of things can float around the station and make a real mess! It’s not surprising that life in microgravity is a little bit different, in many ways.

There are no refrigerators in space. All food must be heat-treated or freeze-dried to keep it from going bad.

Salt and pepper can be used only in liquid form.

To use the toilet, astronauts strap themselves to the seat. The toilet then works like a vacuum cleaner.

Since there’s no “up” or “down” in microgravity, astronauts can sleep however they like. Most of them use sleeping bags that are attached to something so that they don’t float around and bump into things.

Astronauts work on the ISS, but they do get days off. They have fun by watching movies, listening to music, playing computer games, talking to their families on Earth, and looking out the window. It’s quite a view! 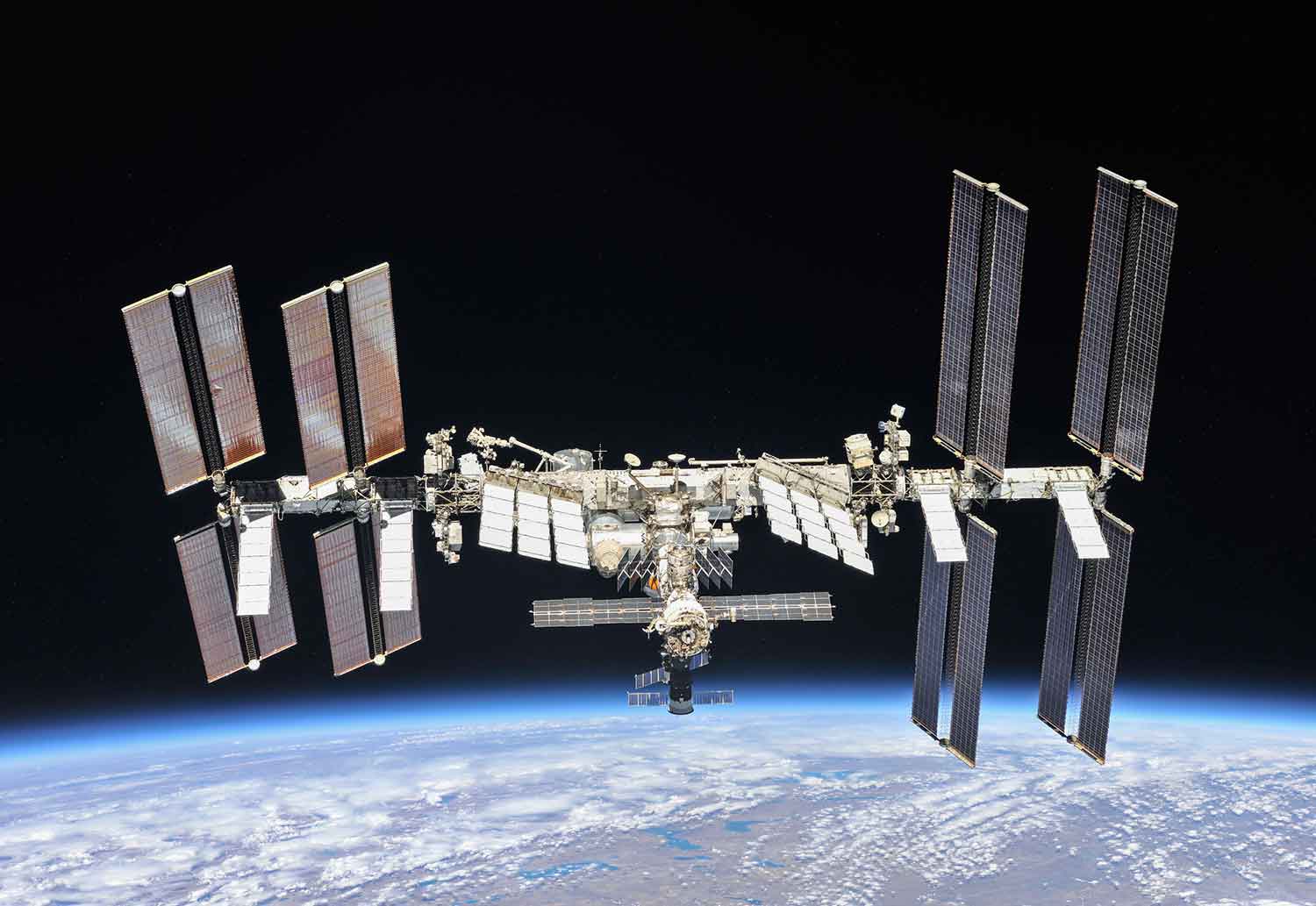 What’s it like to live on a space station?

:  someone who is one of the first people to move to and live in a new area

The Cookie Question
Can you open an Oreo cookie and get the same amount of creamy filling on both sides? One scientist wanted to find out.