Someone spotted footprints outside a restaurant in China. It turns out, the footprints were made by dinosaurs!

A diner was eating outside at a restaurant in China when they spotted some footprints—very large footprints. These were no ordinary animal tracks. It turns out they were made millions of years ago…by dinosaurs!

Paleontologists (scientists who study fossils from long ago) used special instruments called 3D scanners to study the fossilized footprints and determine their origin. According to paleontologist Dr. Lida Xing, the prints date back about 100 million years, to a time called the Cretaceous period. They were made by two sauropods.

A sauropod was a type of dinosaur that had a small head and a long neck and tail. Dr. Xing said the sauropods that made the footprints probably measured about 26 feet (8 meters) in length. They were actually on the small side. Some sauropods could reach almost 100 feet (30 meters). That’s the length of three school buses! Sauropods were so heavy that the ground probably shook when they walked.

But while they were big enough to take down a lot of other dinosaurs, sauropods were vegetarians. They didn’t eat meat. Because they were so big, sauropods had to look for endless amounts of vegetation to eat. Paleontologists say that could be what the pair of sauropods were doing when they made the footprints that have survived for so long.

Footprints don’t always last for millions of years, even when they’re fossilized. Many footprints and other fossils may have been lost when they were built on or paved over before they could be discovered. But the sauropod footprints were discovered in a location that was once a farm, and the prints were buried in dirt and sand. Covered over like this, the prints were protected from damage. The dirt and sand were removed when the property was turned into a restaurant.

The restaurant owner has fenced off the area where the footprints are in order to protect them. It’s as if there’s a treasure on his property.

“The footprints were very deep and quite obvious,” Dr. Xing told CNN. “But [for a long time] nobody had thought about [the possibility that they were made by dinosaurs].” 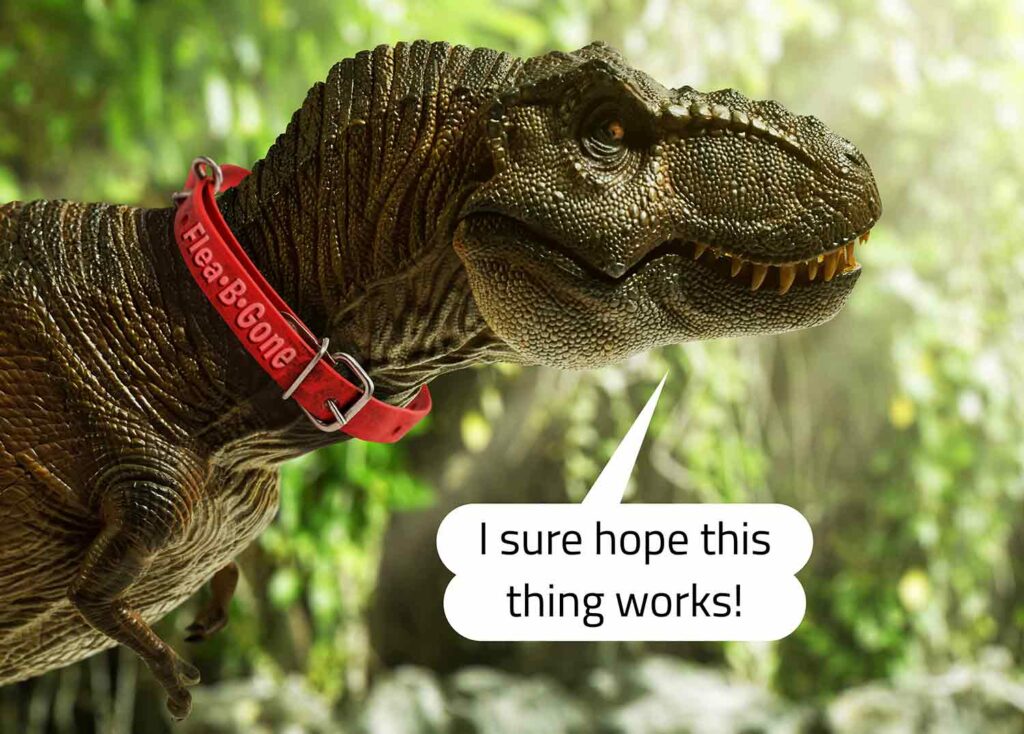 Dinosaurs didn’t actually have flea collars, but they did have fleas!

Dinosaurs were sometimes bothered by fleas! Scientists know this because they’ve found fossils of prehistoric fleas preserved in ancient tree sap called amber. The fleas that bugged dinosaurs were different from tiny fleas that can make dogs and cats itch in at least one way—they were much bigger!

Scientists learn about dinosaurs by studying their fossilized bones. But bones aren’t the only things dinosaurs left behind. Here are five other examples of fossils that help scientists piece together what dinosaurs were like.

Footprints. Preserved dinosaur footprints, also called ichnites, were left behind when a dinosaur walked on soft ground. By studying the shape of a fossilized footprint, scientists can estimate how heavy a dinosaur was, whether it walked on two legs or four, and even how quickly it was moving. 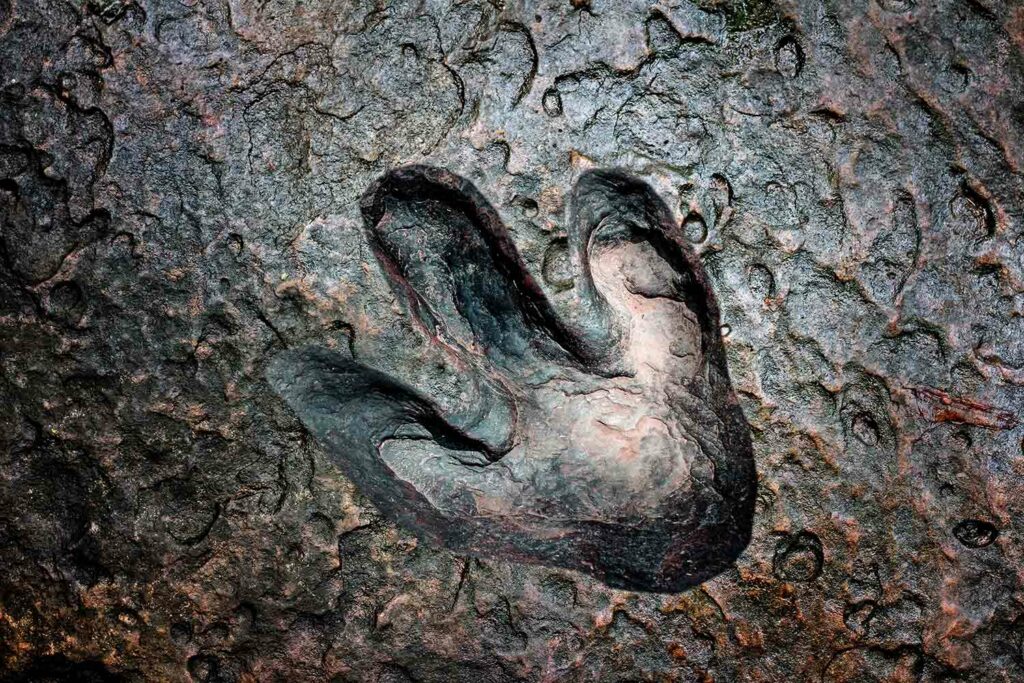 Eggs and nests. Did you know that dinosaurs hatched from eggs? Fossilized dinosaur eggs can tell scientists the approximate size of the baby dinosaur inside. The number of eggs and whether the eggs are found in a nest or an underground burrow can reveal how different dinosaurs cared for and protected their young. 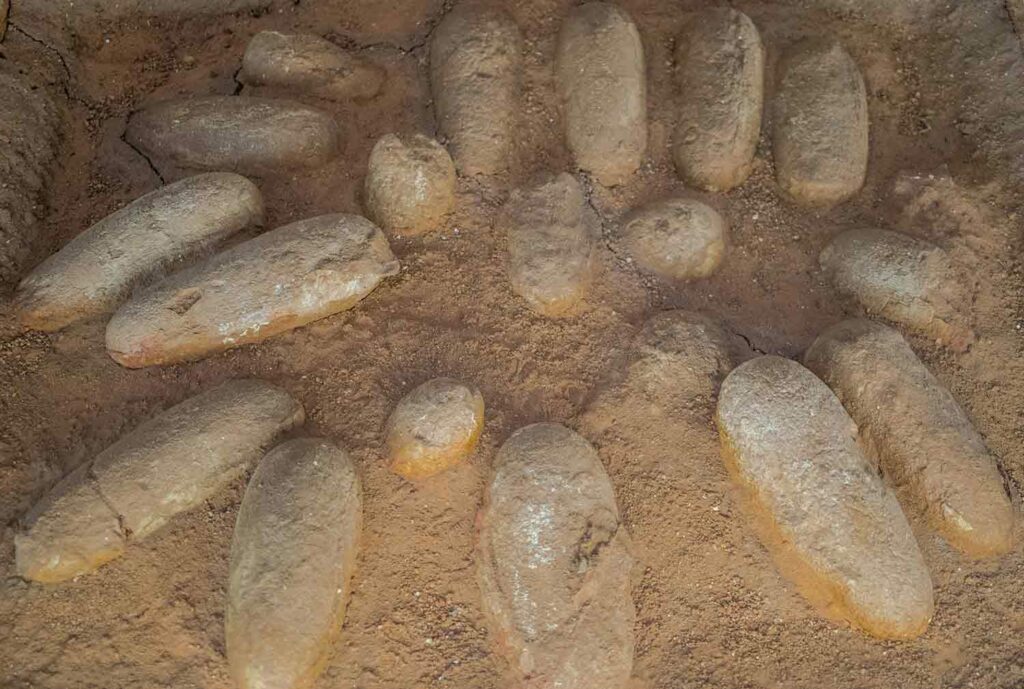 Poop. Fossilized dinosaur poop, or coprolites, can provide scientists with a lot of information. By studying coprolites, scientists can learn what kind of dinosaur made them and what the dinosaur ate. 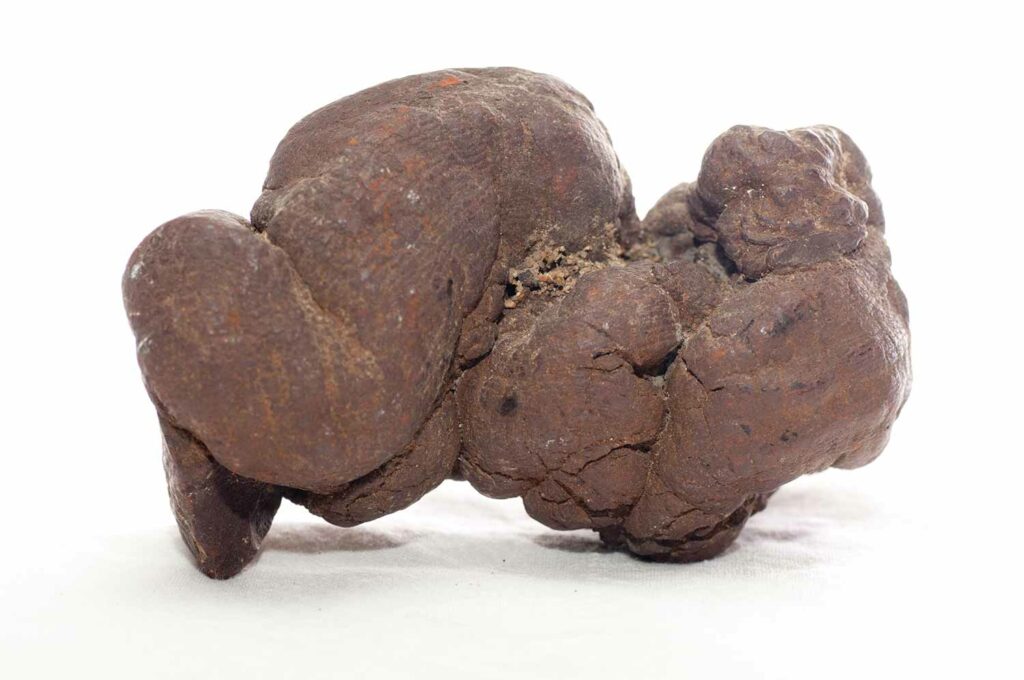 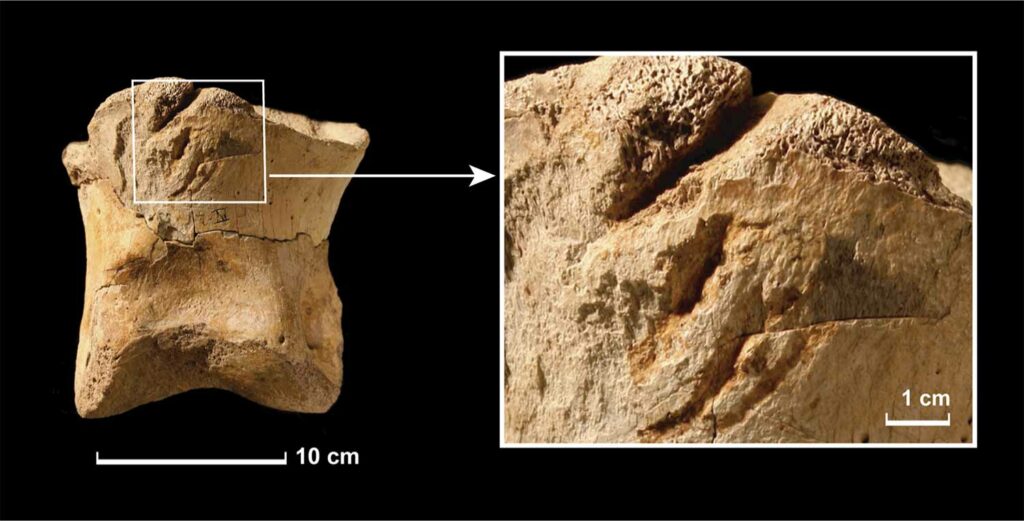 Feathers. Fossilized dinosaur feathers can reveal what feathered dinosaurs looked like. Scientists can even study melanosomes, tiny structures inside the feathers that can be seen only through a microscope. Melanosomes can give scientists information about the color of a feather. 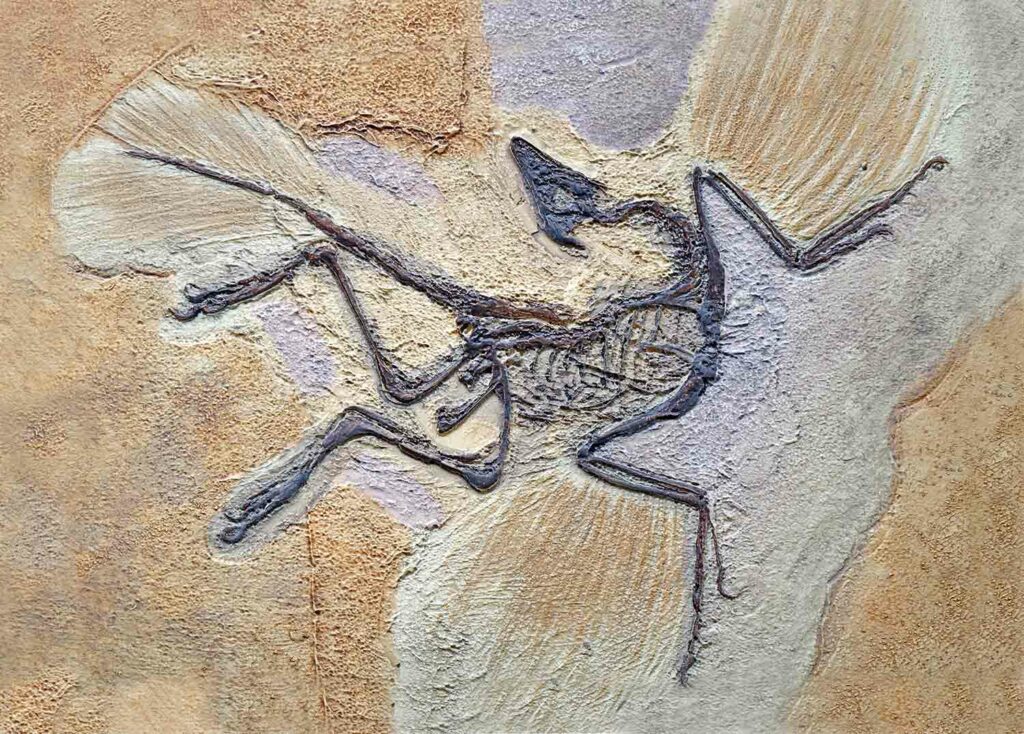 Want to know more about fossils?

Did you know that some dinosaurs were smaller than chickens?

There’s a lot more to learn at Britannica School!

: something (such as a leaf, skeleton, or footprint) that is from a plant or animal which lived in ancient times and that you can see in some rocks

Can you find all the dinosaurs and dinosaur-related words?