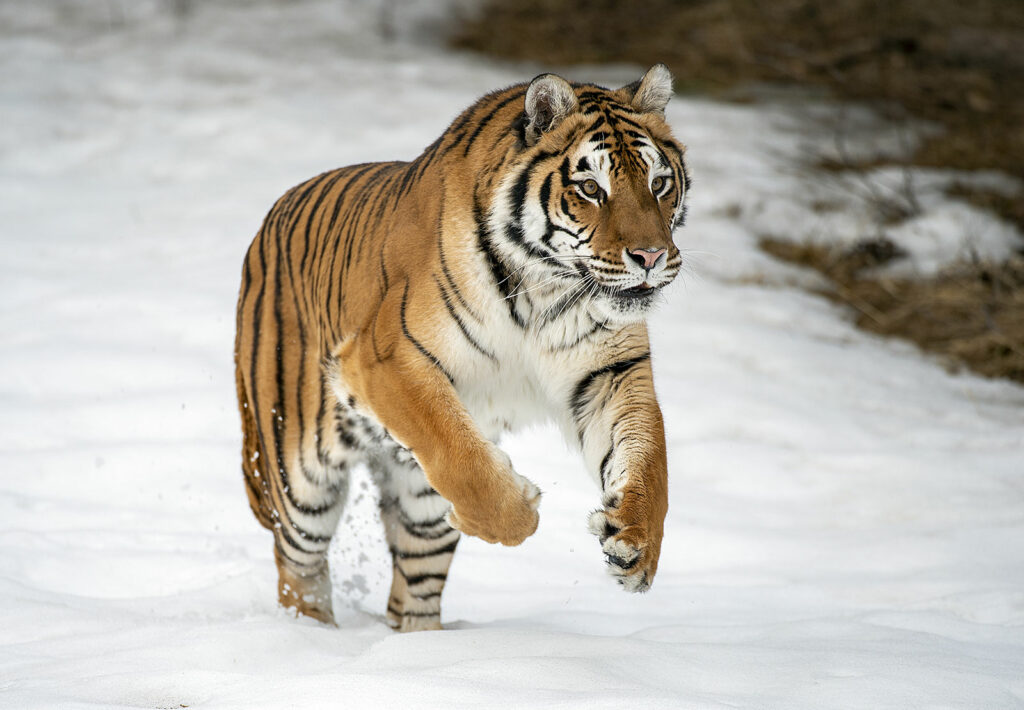 Experts have good news about tigers! There are more of them than they thought.

A group called the International Union for Conservation of Nature (IUCN) keeps track of plant and animal populations. The IUCN says there are between 3,726 and 5,578 tigers in the wild. That’s a lot more than the number of tigers the IUCN counted in 2015. That year, the IUCN estimated that the tiger population was 3,159.

It seems like there are many more tigers than there were in 2015. But experts say they’ve gotten better at counting animal species…so the old count was probably too low.

Still, it’s good news for tigers, which are endangered (in danger of dying out). In the year 1900, there were about 100,000 tigers in the wild. They lived all across the continent of Asia. But it has become harder for tigers to survive. Much of the rain forests, grasslands, and swamps where tigers live has been taken over by humans—for building and for farming. Humans also hunt tigers. In many cases, it’s because tigers kill livestock (farm animals). Today, tigers are found in the wild only in India and a few other parts of Asia.

Governments and scientists are working hard to save tigers. They are expanding the amount of land that cannot be built on. They are also working to catch people who hunt tigers. Because of this, the tiger population is rising in some countries!

Experts hope that the next time they count the world’s tigers, their numbers will be even higher. 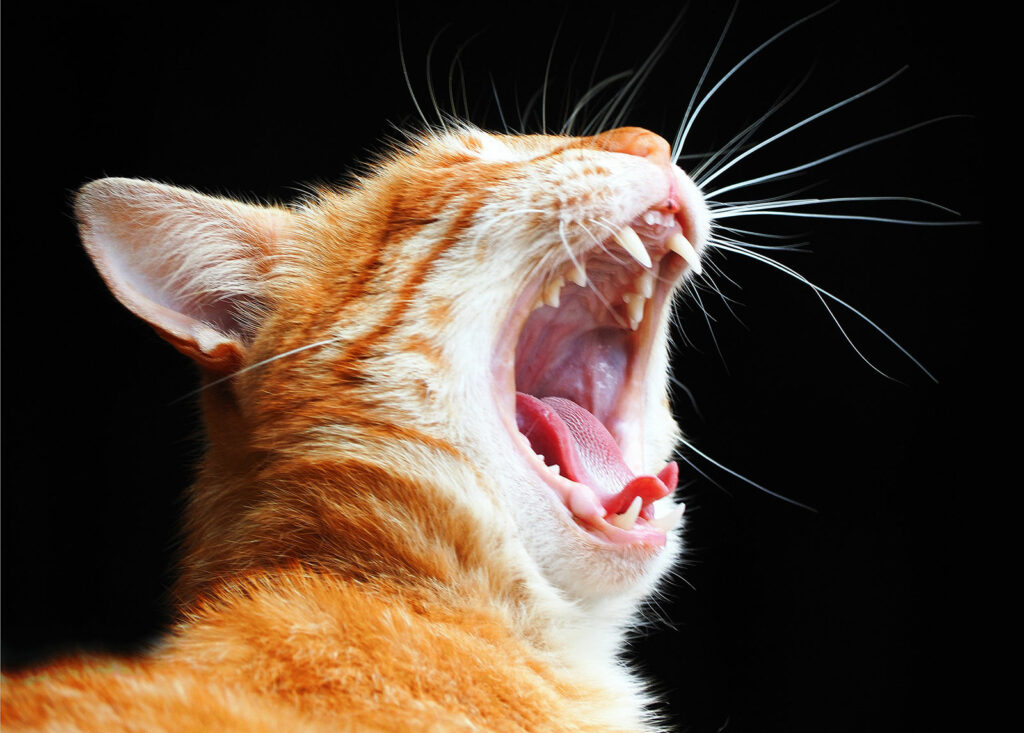 Tigers are big cats. You can probably think of many ways a tiger is different from a house cat.

But in some ways, tigers and house cats are alike. For example, a house cat has the same number of teeth as a tiger! 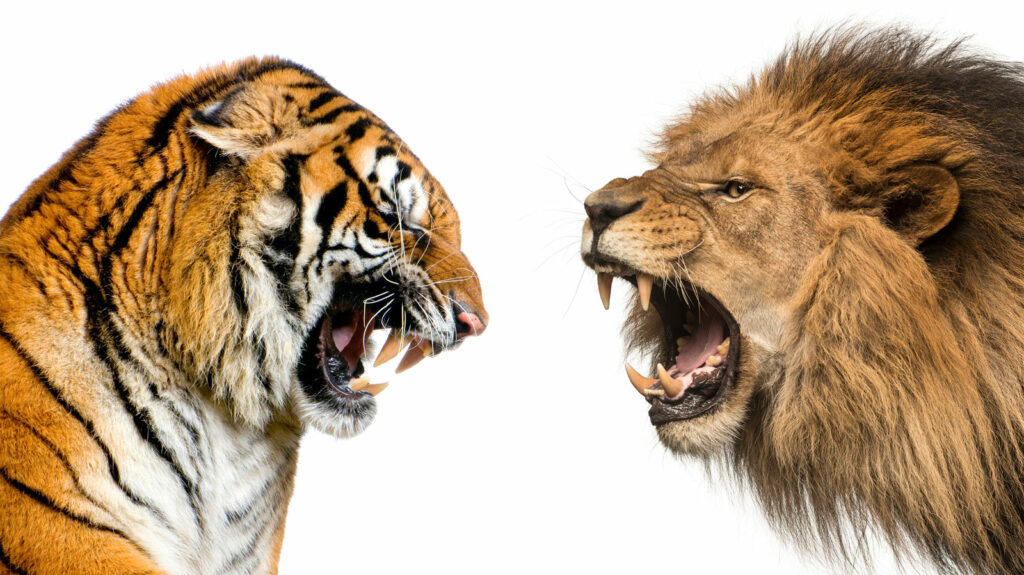 Tigers live in parts of Asia, mostly in forests. They spend most of their lives alone.
Most lions live on grasslands and plains in Africa. They live in groups called prides.

Tigers hunt alone.
Female lions do most of the hunting, and they work together.

Yes! Tigers have webbed feet, which makes them excellent swimmers. They may swim to cool off or to go after their prey.

Sometimes. Lions can swim, but they usually stay on land.
If a tiger and a lion were to fight each other, which one would win? It’s hard to say, but the tiger may have the advantage.
Why?
For one thing, tigers are a bit larger than lions. Also, tigers are used to fighting alone, while lions usually fight (or hunt) in groups. So, if one tiger and one lion fought each other, the win would probably go to Team Tiger. 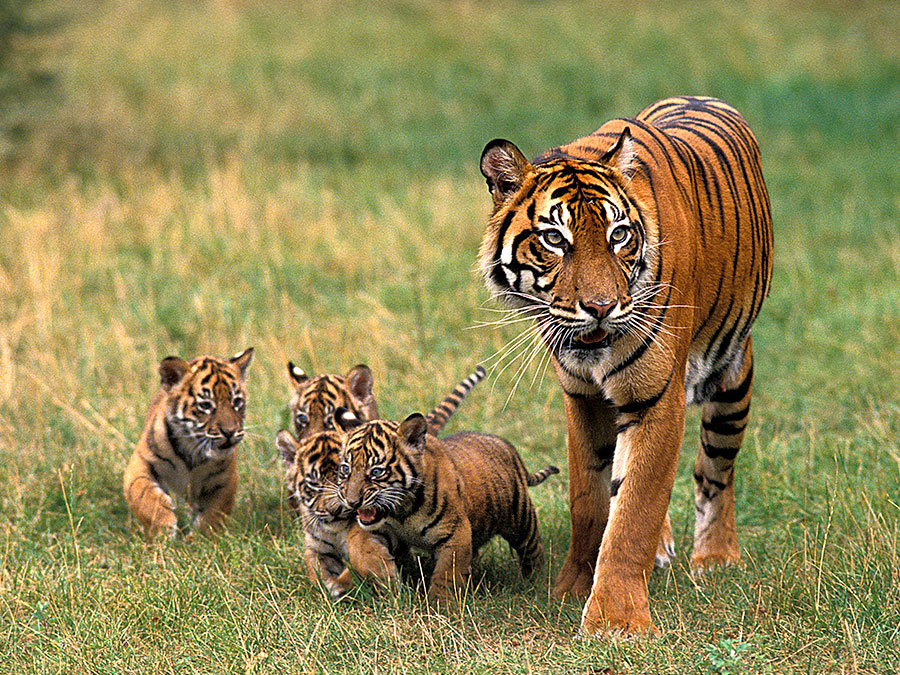 Want to know more about tigers?

See how much of the puzzle you can do.