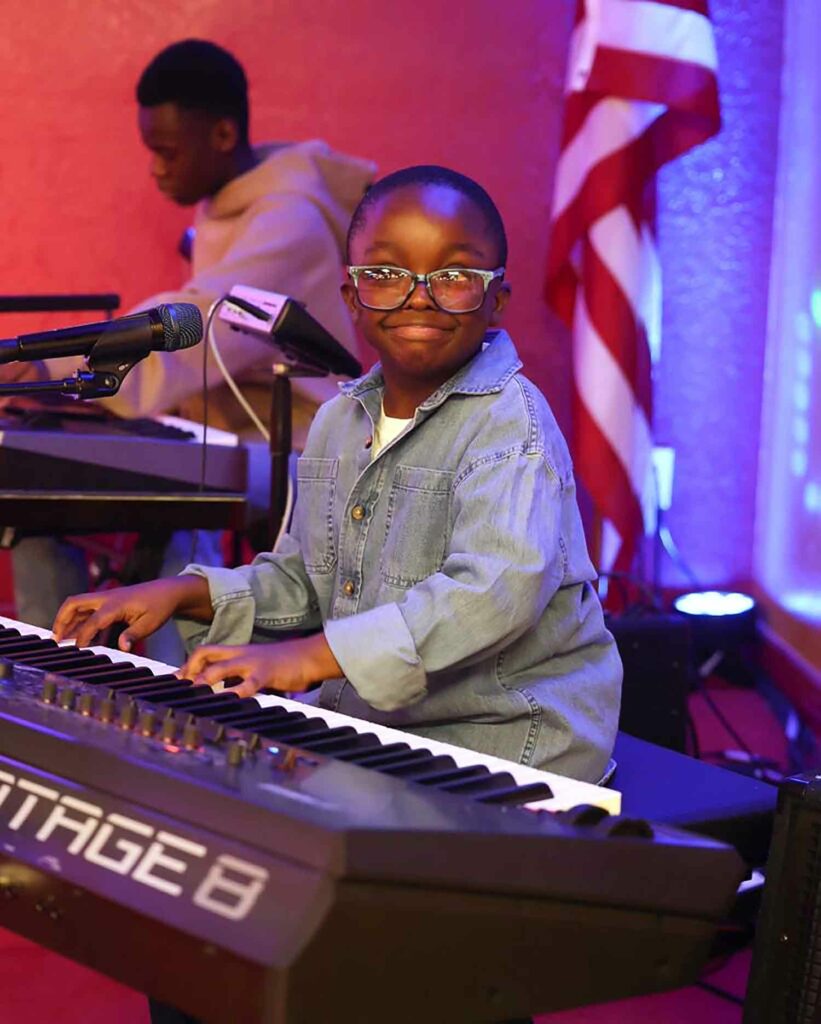 Isaiah Kofie was at home in Aurora, Colorado, one day when he heard music coming from the basement. Heading downstairs, he found his 10-year-old son, Jude, playing an old, unused keyboard.

“I was here watching the news when I heard him play something,” Isaiah Kofie told Denver7 News. “So I grabbed my phone [to take a video], went down there, and was like, ‘Dude, play that again.’”

Isaiah had been a drummer in Ghana, the country where he grew up. Unlike his dad, Jude had never played a musical instrument before. Yet he was picking out a melody perfectly. Jude is what some people call a prodigy. A prodigy is a kid who has an incredible talent.

Jude, who turned 11 in 2022, is now the lead keyboardist at the church his family attends. He also plays at weddings. He even has his own YouTube channel with thousands of followers. Jude can play everything from jazz to classical music. And he has never had a piano lesson.

Amazingly, Jude can play music by ear. He only has to hear a melody and he can figure out how to play it.

Jude’s talents have attracted a lot of attention. A man named Bill Magnusson heard about Jude when he was watching the news one night. Magnusson tunes pianos for a living. He’s also a music fan who knows talent when he hears it. Magnusson was so amazed when he heard Jude play that he bought him a grand piano, and he’s paying for him to have private lessons.

Check out this video, which shows Jude at the piano!

The piano has the widest musical range of any instrument. No other instrument can play such high or low notes! 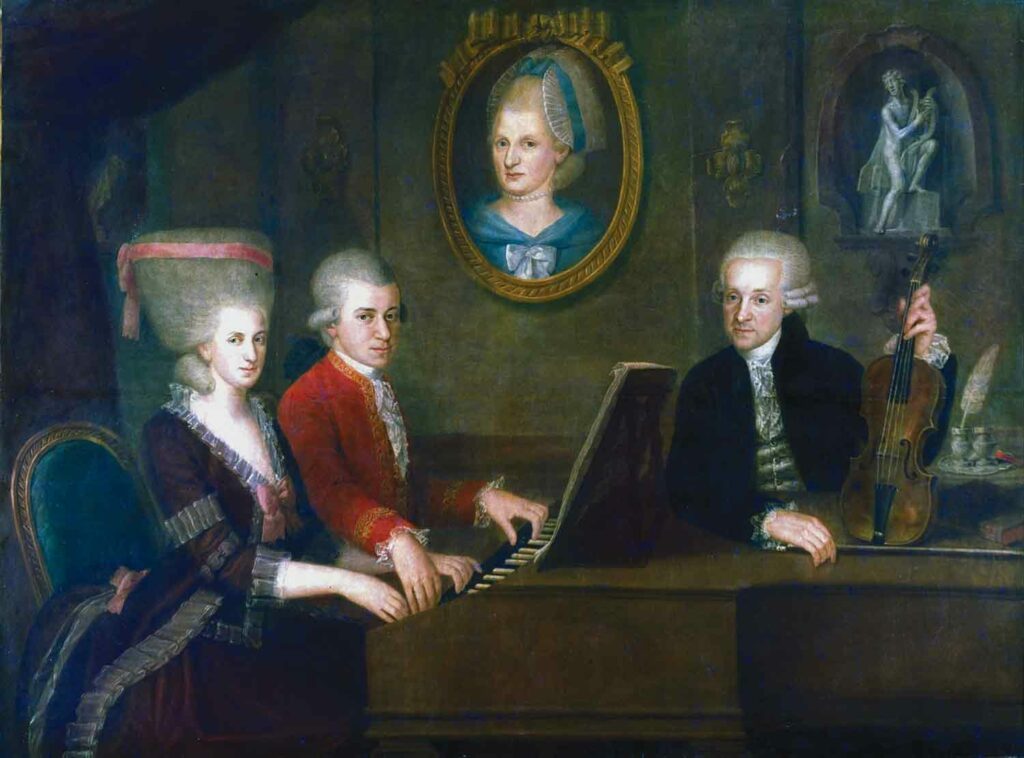 This painting shows Wolfgang Amadeus Mozart and his sister, Maria Anna, seated at the piano. Their father, Leopold, is also in the painting.

Jude Kofie has been called a prodigy because of his natural musical talent. One of the most famous prodigies was Wolfgang Amadeus Mozart. Mozart was born in 1756 in what is now the country of Austria. He could play a keyboard instrument called the harpsichord when he was 4 years old. He started writing music when he was 5! Mozart’s sister, Maria Anna, was also a keyboard prodigy. Both kids got lessons from their father, Leopold, who was also a musician.

The Mozart kids were so amazing that the family traveled all over Europe so people could see them play. They were only 11 and 7 years old at this time. (If they were alive today, the siblings would probably have a YouTube channel!)

Leopold stopped taking Maria Anna on these tours when she reached a certain age. He decided that only Wolfgang should have a job writing and performing music. Things were not very fair for girls back then!

Wolfgang continued to get better and better. He went on to become one of the most famous composers (writers of music) ever. He wrote piano pieces, operas, symphonies, and more.

Press play to hear some of Mozart’s music!

Piano players press on keys and sounds come out. How do keyboard instruments work? Learn more about them at Britannica School.

: having or making a pleasant musical sound

See if you can guess the word.

Scientists say an animal that lived millions of years ago was as long as three school buses!

Bernice King is the daughter of Martin Luther King, Jr. Find out how she is continuing her father’s work.