A New Crown for King James

LeBron James is about to become the highest scorer in NBA history! 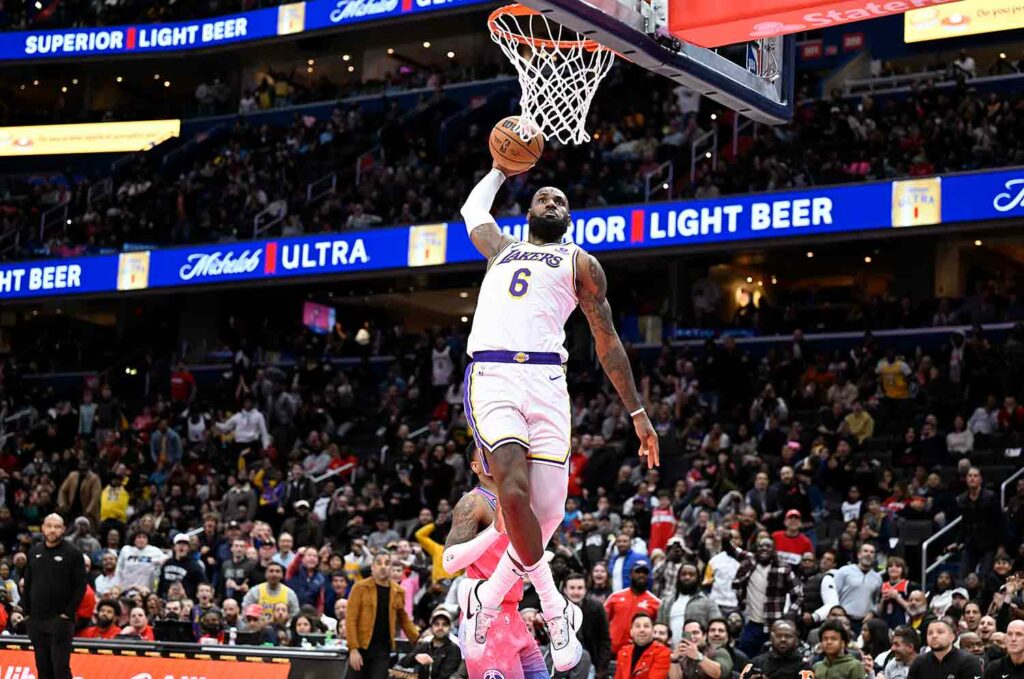 If LeBron James quit basketball tomorrow, he would already be considered one of the best ever. James has been a force in every game since he was drafted by the Cleveland Cavaliers in 2003. Now playing for the Los Angeles Lakers, he hasn’t shown signs of slowing down—even after two decades. In the 2022–2023 season alone, James has averaged 29.8 points, 8.4 rebounds, and 7.0 assists per game, as of mid-January. Pay attention to that scoring average. It’s high. So high that James is close to becoming the highest scorer in the history of the National Basketball Association (NBA).

Experts say that if James maintains his current scoring average, he will take the scoring crown during the February 9 game against the Milwaukee Bucks. And if it doesn’t happen then, there will still be plenty of time. Laker games are scheduled for February 11 and February 13. Any of those dates could end up in the record books.

“I’m excited to see it happen,” former Los Angeles Laker Kareem Abdul-Jabbar told CBS Sports. “I don’t see records as personal accomplishments, but more as human achievements. If one person can do something that’s never been done, that means we all have a shot at doing it. It’s a source of hope and inspiration.”

Abdul-Jabbar should know. He’s the current record holder, with 38,387 career points. Abdul-Jabbar set the record in 1984. So far, no one has been able to top it.

But while James looks set to overtake Abdul-Jabbar, he says he never set out to be top scorer. For all his singular abilities, James is known as a team player—someone who would rather pass the ball to a teammate who has a shot at scoring than try to be the star of the show.

“The scoring record was never ever even thought of in my head because I’ve always been a pass-first guy,” James told ESPN. “I’ve always loved the excitement of seeing the success of my teammates.”

James may not be concerned with breaking the record, but his fans are watching closely to see if—or when—it will happen. 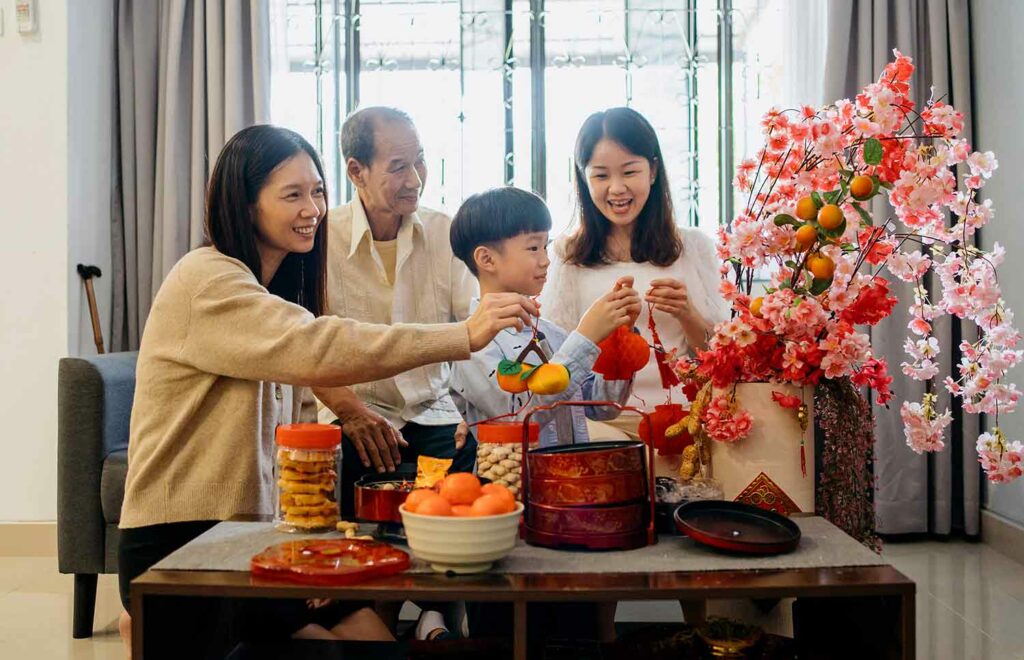 Lunar New Year, a major holiday in China and around the world, begins on January 22, 2023. This annual holiday takes place on the day of the year’s first new moon—sometime in late January or February.

Lunar New Year is celebrated over the course of 15 days. Celebrations take place in several countries. The best known is Chinese New Year.

Lunar New Year is an opportunity for a fresh start. People often clean their homes before the new year to remove any bad luck from the previous year. They also decorate their homes in red, which is said to ward off bad luck.

The holiday is also a celebration. Families get together for a feast, and children receive red envelopes filled with money.

In the traditional lunar calendar, each year is represented by an animal. 2023 is the Year of the Rabbit.

In the lunar calendar, each year is represented by one of 12 animals. Use the wheel to see which animal represents the year you were born.

LeBron James played football in high school—and was really good at it. If he hadn’t picked basketball as his sport, he might have ended up in the NFL!

One of the Greats 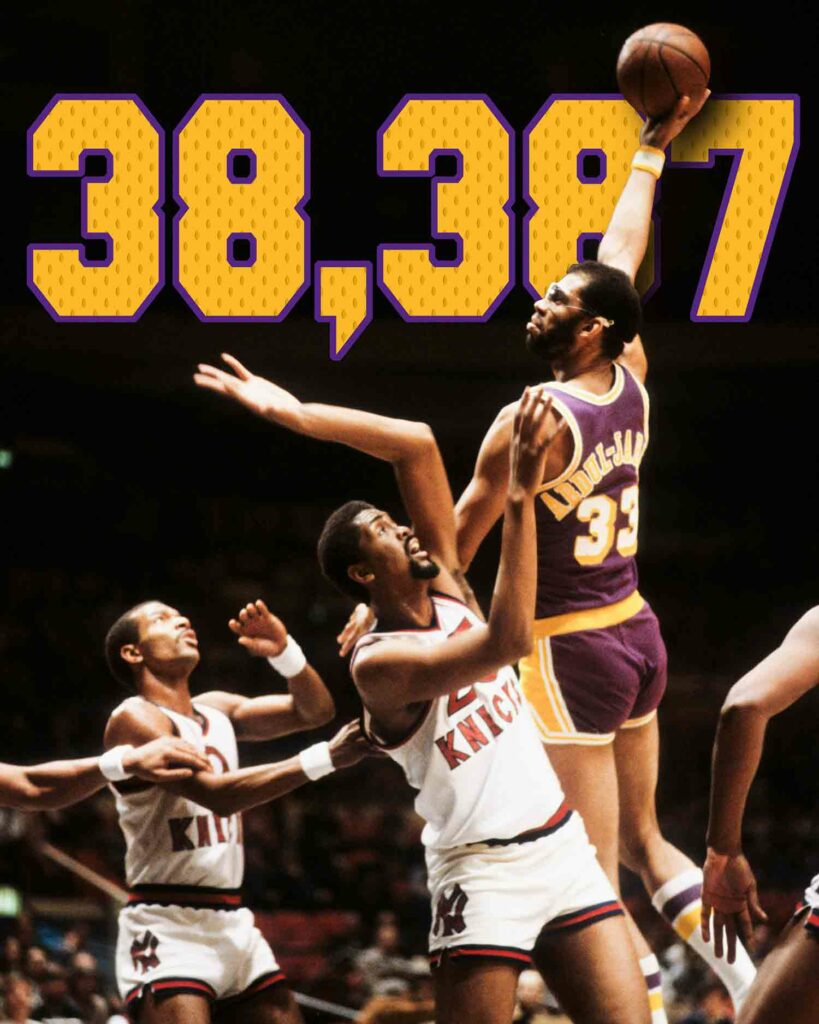 Kareem Abdul-Jabbar (number 33 in this photo) scored 38,387 points in his NBA career.

Kareem Abdul-Jabbar became the NBA’s all-time highest scorer in 1984. Born in 1947, Abdul-Jabbar joined the Milwaukee Bucks in 1969 and was named the NBA Rookie of the Year. He was the league’s high scorer in the 1970–1971 season, when he helped lead the Bucks to the NBA championship. In 1975, Abdul-Jabbar was traded to the Los Angeles Lakers, where he remained for the rest of his career.

At 7 feet 2 inches (2.18 meters) tall, Abdul-Jabbar was a phenomenal scorer. His signature move, the skyhook, involved shooting the ball with one hand from the side of the body. Having perfected this shot, and many other maneuvers, he racked up the points. By the time Abdul-Jabbar retired in 1989, he had been voted Most Valuable Player (MVP) a record six times.

Today Abdul-Jabbar is an actor and a writer who has written several fiction and nonfiction books. He remains a fan of basketball, but he doesn’t like debates over who’s the greatest of all time (GOAT).

“The reason there is no such thing as the GOAT is because every player plays under unique circumstances,” Abdul-Jabbar once told The Undefeated. “We played different positions, under different rules, with different teammates, with different coaches.” 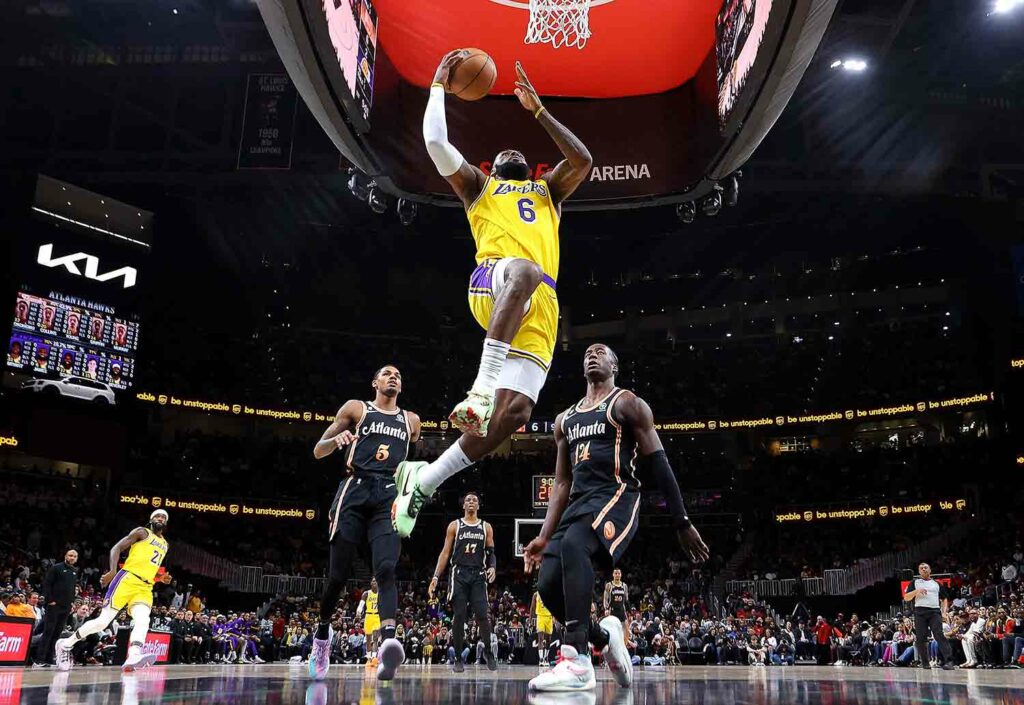 There’s a lot more to learn about the career of LeBron James.

: a very skillful and successful effort or performance