Scientists have identified a planet that has many of the characteristics needed to support life. What do they know so far? 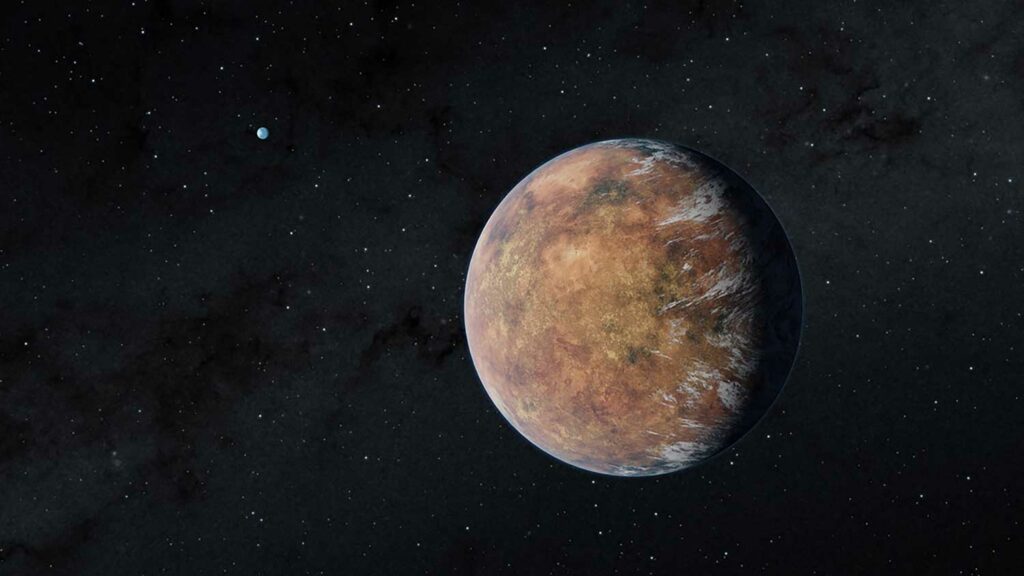 This illustration shows the exoplanet called TOI 700 e, which is nearly the same size as Earth. The exoplanet TOI 700 d is in the background.

Scientists have come closer than ever to identifying another Earth. In January 2023, scientists announced the discovery of an exoplanet, or planet that orbits another star, which seems to be a lot like Earth. The planet, which has been named TOI 700 e, has many of the characteristics that are necessary to support life.

The planet was found in the TOI 700 solar system, which is 100 light years away from Earth. (One light-year is 5.88 trillion miles, or 9.46 trillion kilometers.) The system also includes previously discovered planets TOI 700 b, c, and d. All these planets orbit around a star called TOI 700, but only d and e are in the “habitable zone.” Planets within habitable zones are at the right distance from their star to have a livable temperature and, possibly, liquid water. 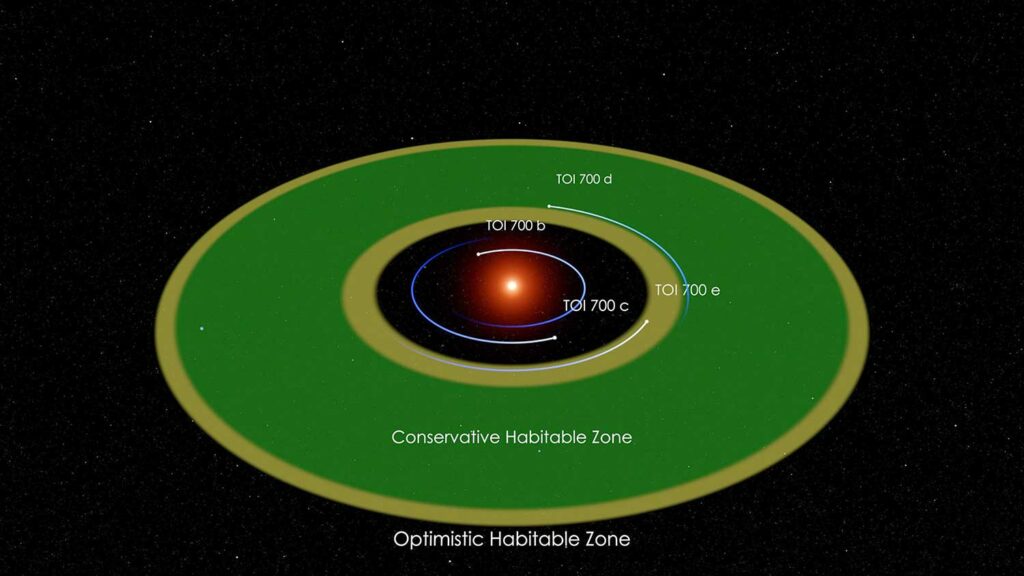 TOI 700 e is about 95 percent of Earth’s diameter. In other words, it’s nearly the same size as our planet. It probably has a rocky surface, another requirement for life. Years are short on TOI 700 e. The planet takes only 28 days to orbit its star. Scientists believe it is tidally locked, which means one side of the planet always faces its star, much like one side of our Moon always faces Earth.

TOI 700 e was detected by NASA’s Transiting Exoplanet Survey Satellite (TESS), a space telescope that surveys the sky in search of exoplanets. TESS monitors huge portions of the sky for 27 days at a time. This allows it to detect changes in the light of stars, which indicate that orbiting planets are crossing in front of them.

The TOI 700 solar system is still somewhat mysterious. We know a lot more about our own solar system, of course. Check out the interactive below to learn more about Earth and its neighbors!

The TOI 700 solar system is still somewhat mysterious. We know a lot more about our own solar system, of course. Check out the interactive below to learn more about Earth and its neighbors! 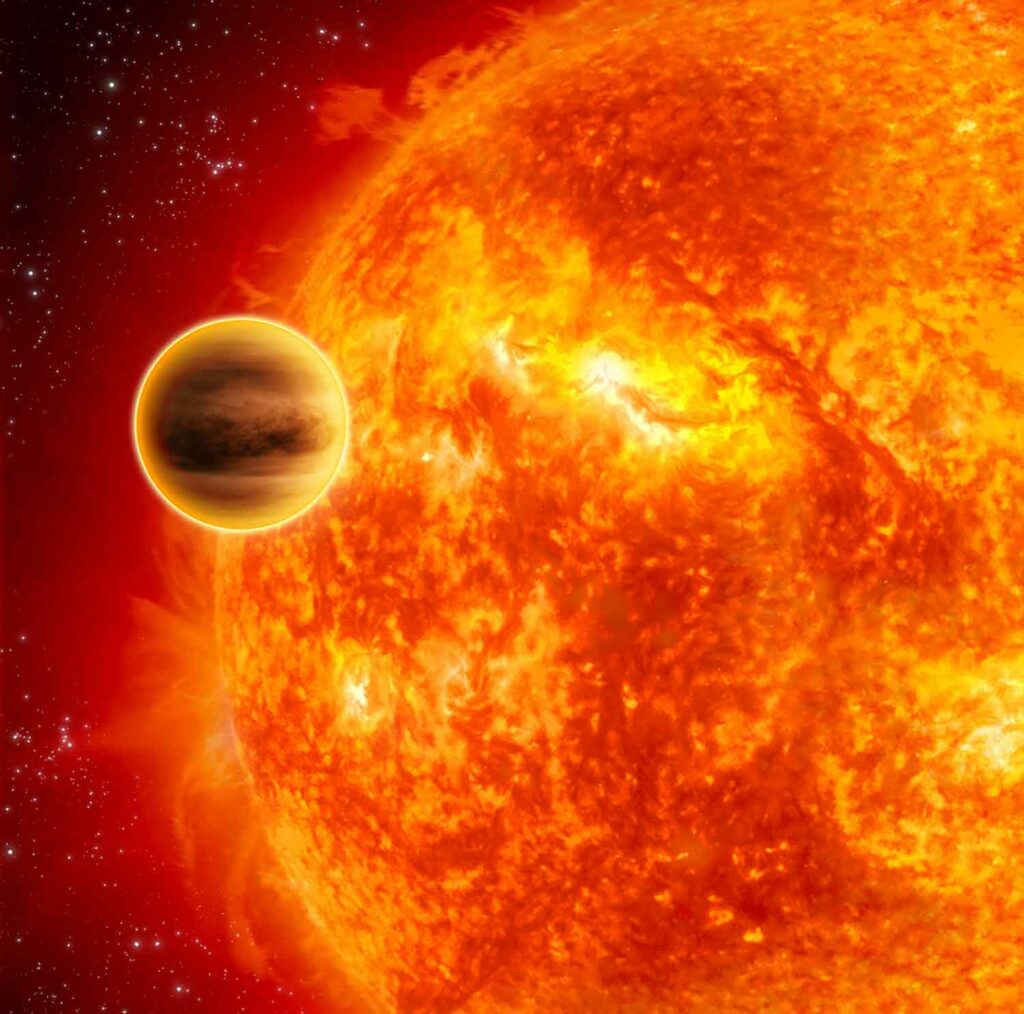 Discovered in 2020, the exoplanet NGTS-10b orbits so close to its star that its year is only about 18 hours long! Temperatures on this gas planet can reach thousands of degrees.

NGTS-10b is orbiting so close to its star that eventually it will be ripped apart by the star’s gravity. 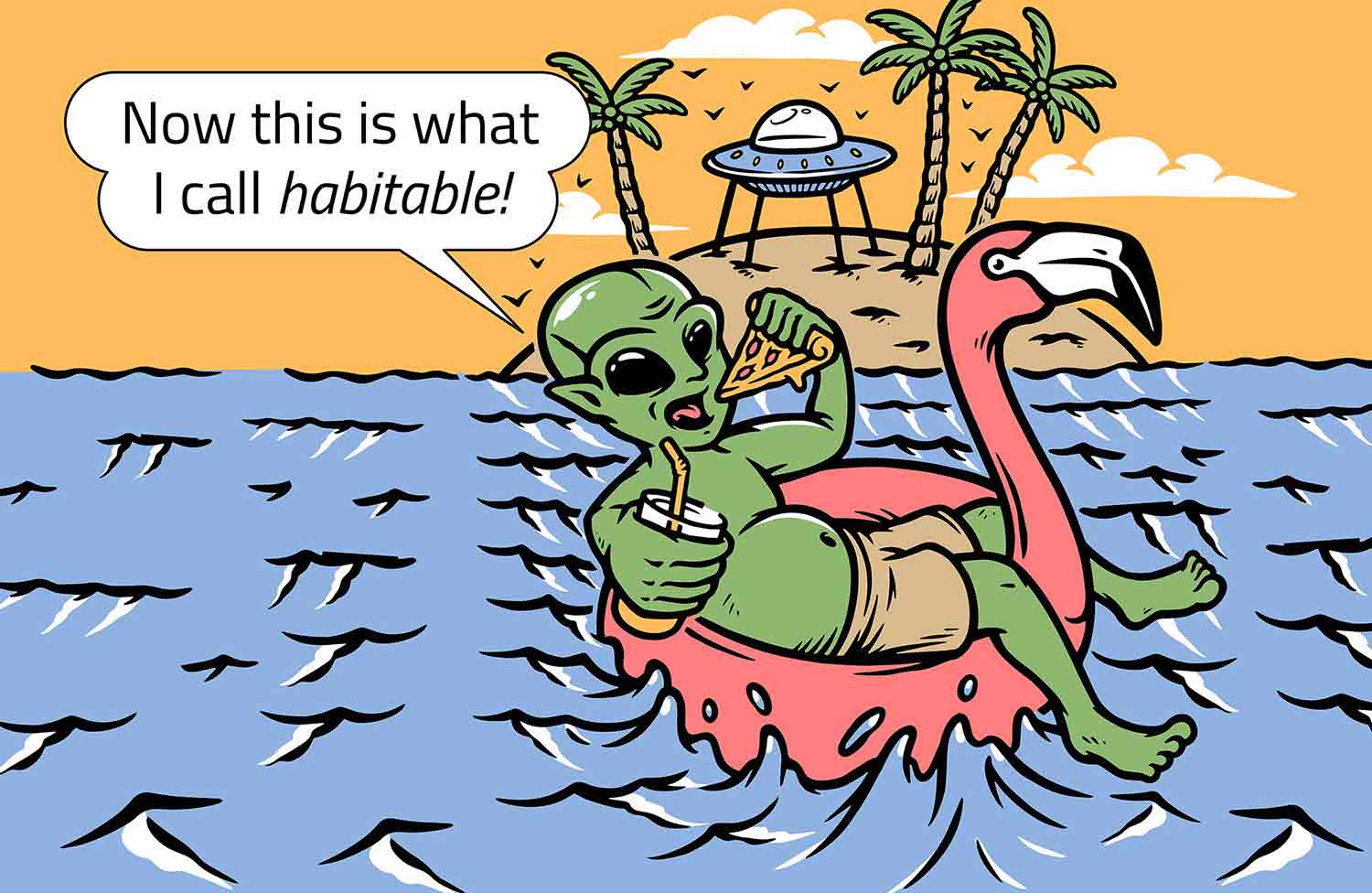 Thousands of exoplanets have been discovered by space telescopes. But the vast majority of these exoplanets aren’t habitable.

What does a planet need to be habitable, or able to support life for a significant period of time?

Scientists acknowledge that there’s a lot they still don’t know. It’s possible that somewhere life exists under completely different conditions than the conditions we require.

Is Earth the only planet that supports life, or are there other beings somewhere in the universe? And do they wonder about us? 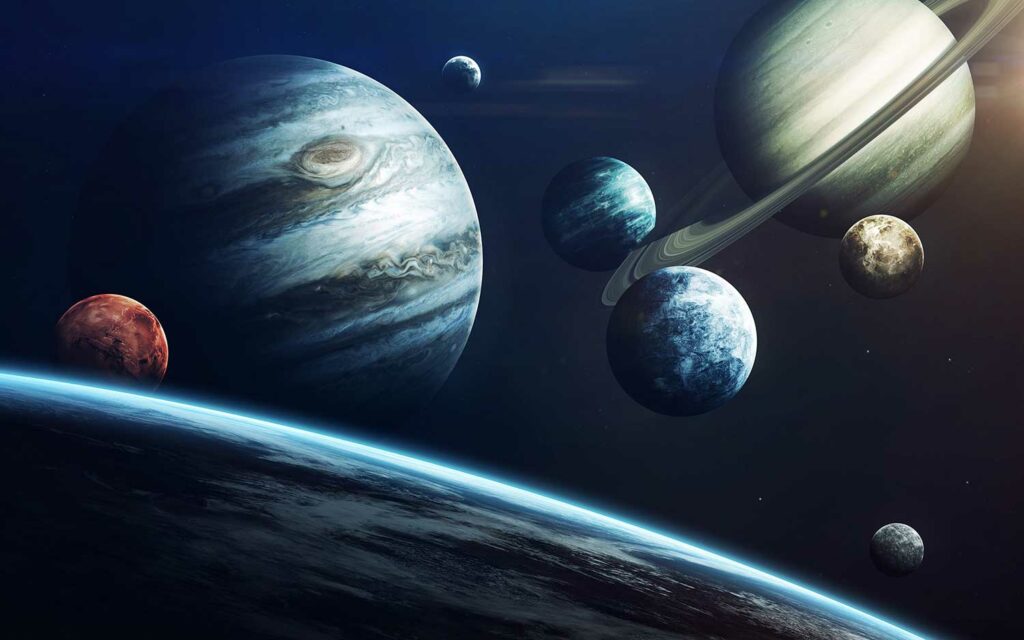 We’re discovering more planets all the time. You can read more about planets—in our solar system and others—at Britannica School.

: a large system (such as the entire universe) that contains many smaller systems

See if you can guess the word.

A New Crown for King James

LeBron James is about to become the highest scorer in NBA history!