The U.S. Congress recently passed the biggest climate law in the nation’s history. 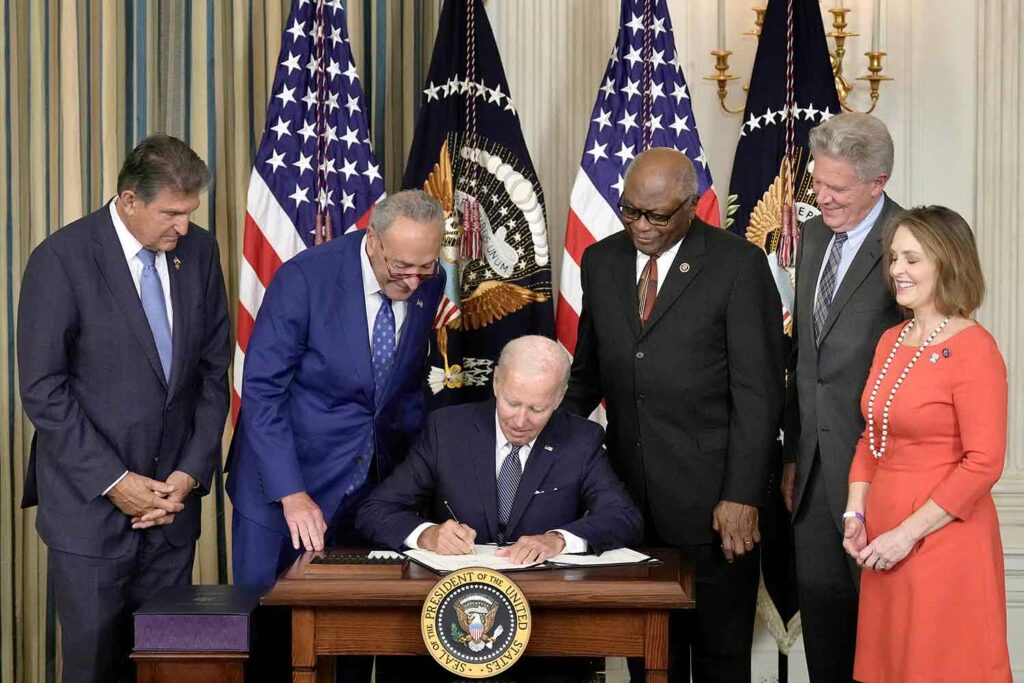 The U.S. Congress recently passed the most significant climate law in the nation’s history. The legislation is set to reduce U.S. carbon emissions at a time when the effects of climate change have become uncomfortably clear.

The law is called the Inflation Reduction Act. (The name comes from other parts of the legislation that aim to lower costs for health care and energy, among other things.) It will devote nearly $370 billion to reducing carbon emissions—the human-made pollution that is the biggest contributor to climate change. The goal is to get Americans to reduce their use of fossil fuels to power their homes, workplaces, and vehicles.

The law creates tax credits and rebates for companies and individuals who invest in renewable energy technology—things like solar panels, wind turbines, and electric vehicles. That means that those who switch to renewable energy will pay less in taxes.

The law also contains other climate protection measures. For example, it devotes funding to installing energy-efficient technology at industrial sites. Money will also be used to restore forests, which help to lessen the effects of climate change. In addition, fossil fuel companies will be required to pay fees when they produce excess pollution. And communities that are being heavily impacted by pollution will receive funding for clean-up efforts.

Experts say the new law is set to reduce carbon emissions by 40 percent from their 2005 peak by the year 2030.

Reactions to the law have been mixed. Some critics say it costs too much money, while others say it does not go far enough to address the climate crisis. But supporters say that, in a year when the effects of climate change have led to droughts, floods, and heat waves, any action is important.

“It’s so important that we do this, and the benefits are still likely to be so much larger than the costs,” Samantha Gross, director of the Energy Security and Climate Initiative at Brookings told the Associated Press. “This is still unquestionably the right thing to do.”

President Biden signed the bill into law on August 16, 2022.

The fashion industry produces one-tenth of the world’s carbon emissions. Making one cotton shirt produces the same level of emissions as driving a car 35 miles (56.3 kilometers).

Many activities produce carbon emissions. Check out this graph to learn more. 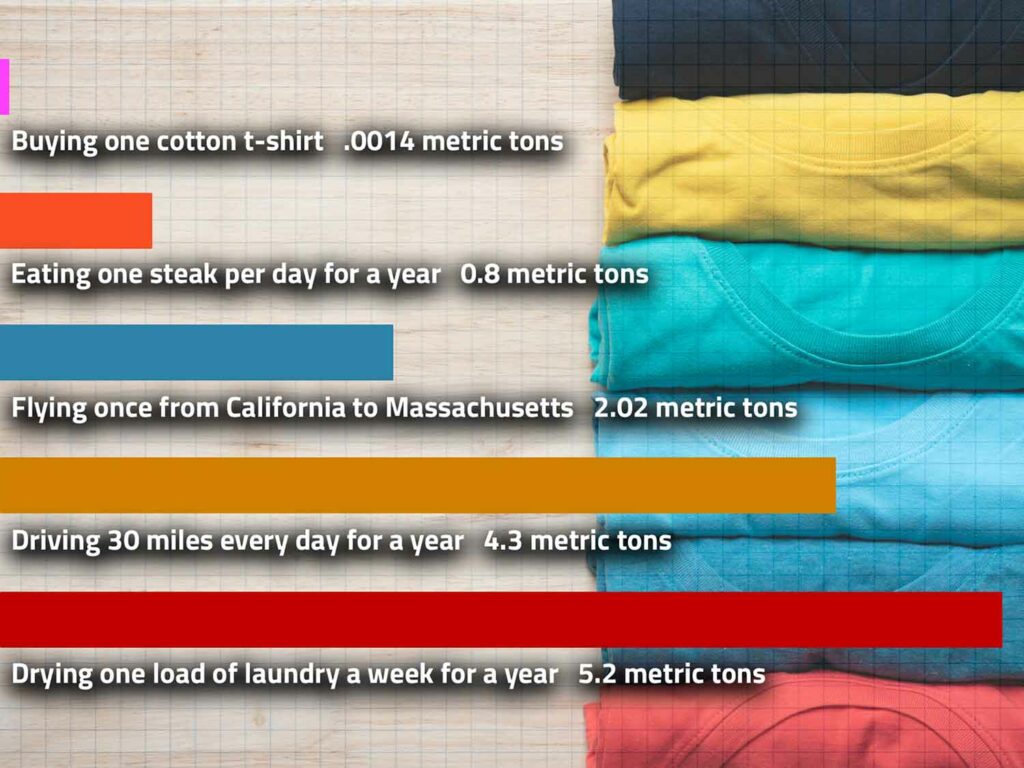 Young people around the world are working to protect our planet. Here are a few of their stories.

In 2018, at age 14, Leah Namugerwa led a campaign to ban the use of plastics in Uganda, where she lives. She was further spurred into action by the rapid deforestation that has taken place in Uganda. Namugerwa decided to celebrate her 15th birthday by planting 200 trees. Soon after, she launched the Birthday Trees Project, which sends seedlings to anyone who wants to spend their birthday planting trees. Namugerwa has spoken about climate action at the World Urban Forum as well as other high-profile events.

In 2018, when she was 15 years old, Greta Thunberg founded Fridays for Future, a movement in which young people skipped school on Fridays and instead protested in front of legislative buildings to urge lawmakers to pay more attention to climate change. Thunberg has spoken in front of the United Nations, the World Economic Forum, and many other powerful international bodies, demanding action and inspiring countless people to join the climate change movement.

When he was 18 years old, Jerome Foster began protesting alone outside the White House, demanding action on climate change. Today, he is involved in many campaigns to curb the climate crisis. He’s also a member of the White House Environmental Justice Advisory Council, which advises the White House and government agencies on how to respond to the crisis. In addition, Foster is a voting rights advocate and the founder of OneMillionOfUs, an organization that mobilizes young people to be more involved with their governments and communities.

The Need for Trees

Many activists are trying to slow the pace of deforestation. Why do we need forests? 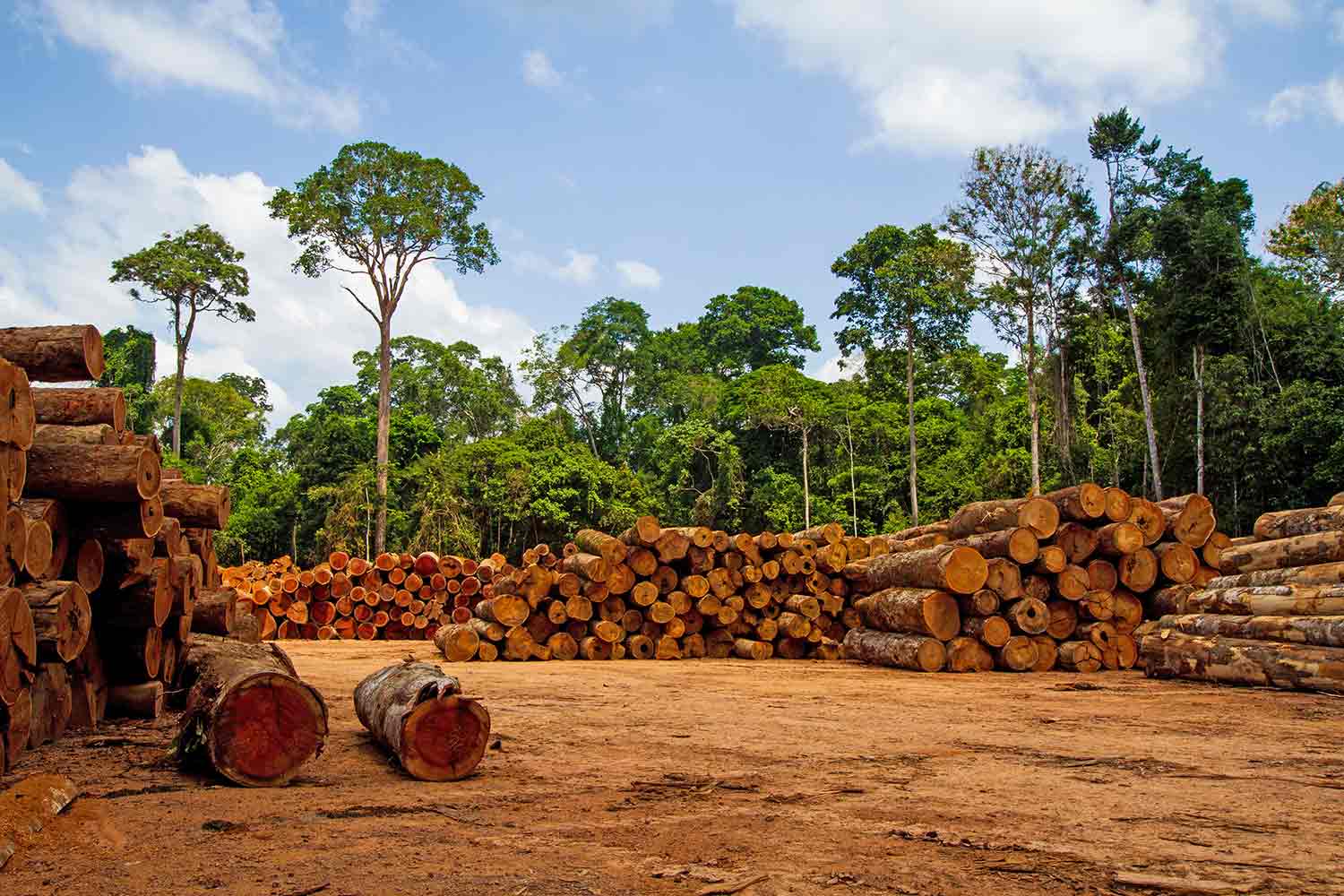 : controlling a situation by making things happen or by preparing for possible future problems

See if you can find all the words.