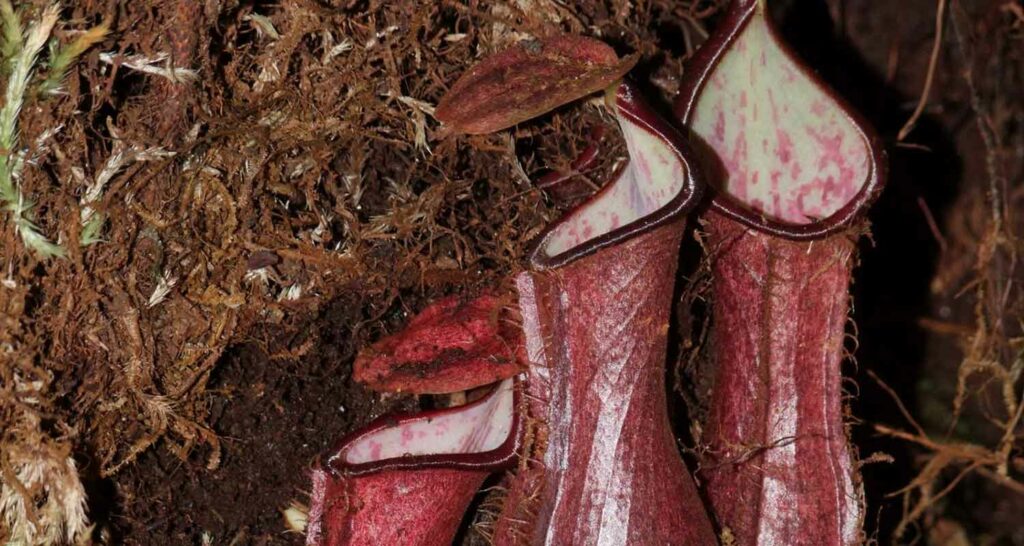 You can never be sure exactly what’s going on under the surface. Scientists on the island of Borneo discovered this when they found a previously unknown species of pitcher plant, a type of plant that’s carnivorous (meat-eating). This newly discovered species, which is called Nepenthes pudica, captures its prey underground.

Pitcher plants have “pitchers” that are open at the top and contain sweet fluid. The fluid attracts insects and other small prey—even rodents, in some cases. These animals climb into the pitcher to get a drink but can’t climb back up its smooth, slippery surface. Instead, they fall into the fluid, where they’re digested by the plant. Most such plants grow their pitchers above ground, but Nepenthes pudica is different because its pitchers are underground.

The scientists discovered Nepenthes pudica by accident. They noticed leaves that they recognized as belonging to a pitcher plant but didn’t see any pitchers—at first. Then they spotted what looked like a damaged pitcher sticking out of the soil. When one of the scientists moved away surrounding moss, he exposed the pitchers and realized they had been growing under the moss.

Nepenthes pudica is the first known underground pitcher plant. There are more than 700 known carnivorous plants. A few of them catch their prey underground. But those other underground meat eaters aren’t pitcher plants. Their traps are small, so their prey is tiny or even microscopic.

Nepenthes pudica’s pitchers, which are up to 4.3 inches (10.9 centimeters) long, trap larger bugs that live underground, including ants, beetles, and mites. Peering into one of the pitchers, scientists found mosquito larvae, nematodes, and a previously unknown worm species. 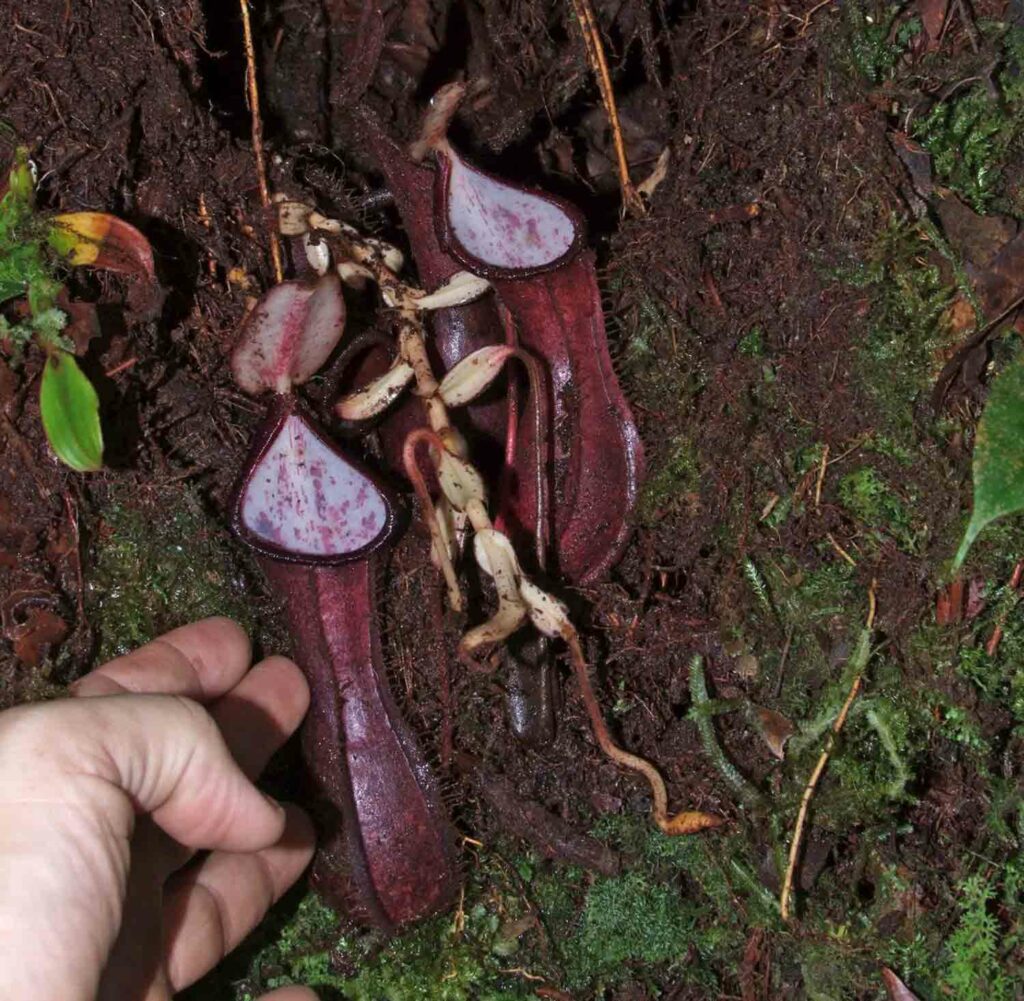 Wewin Tjiasmanto, a scientist who helped discover Nepenthes pudica, said the finding highlights the need to protect biodiversity on Borneo. The island is being threatened as forests are destroyed to make way for palm oil plantations.

“We hope that the discovery of this unique carnivorous plant might help protect Bornean rainforests,” Tjiasmanto told CNN. 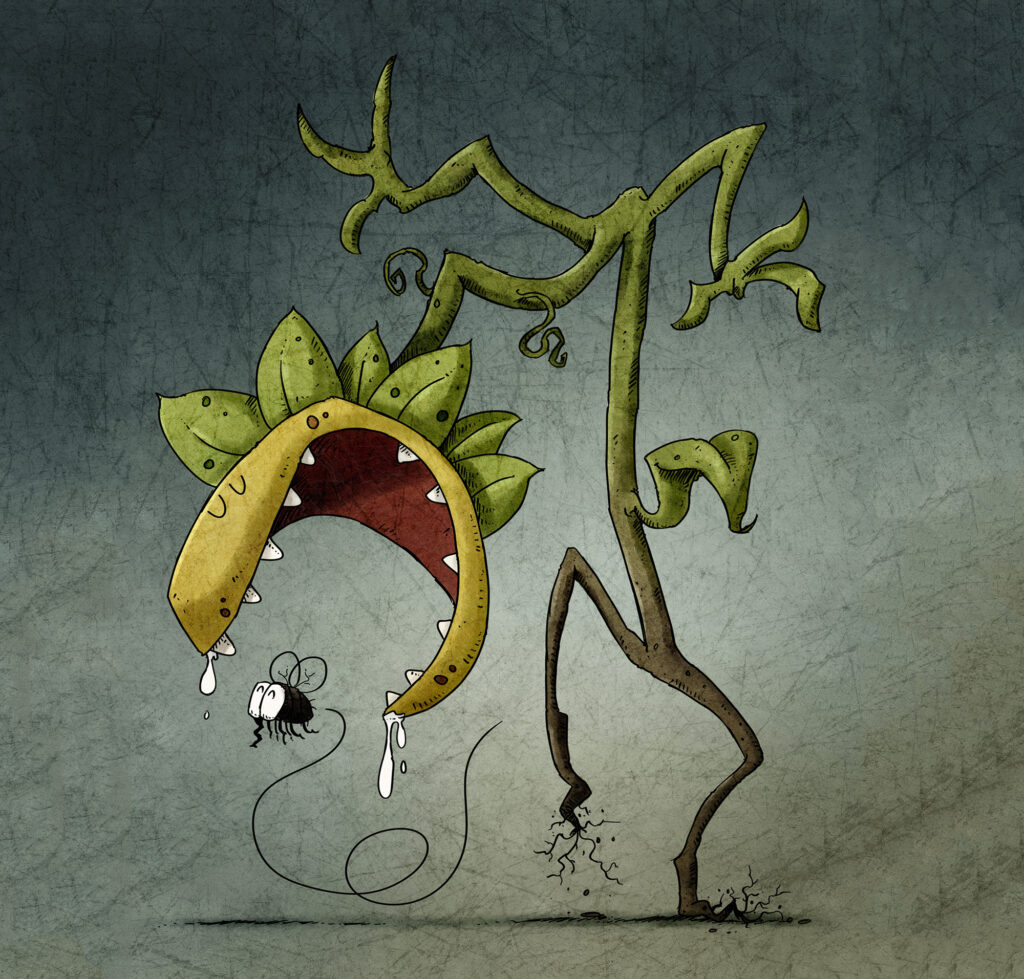 Why do some plants eat meat?

Most plants’ needs are met by sunlight, water, and nutrients in soil. But carnivorous plants develop in soil that lacks nutrients. Instead, they get their nutrients from insects and other animals.

There are hundreds of species of meat-eating plants. Here’s more about just a few of them.

Leaves on this plant come together to form a taco shape that snaps shut, trapping prey inside to be digested. But the leaves will shut only if the fly, spider, or other prey animal touches two of the tiny hairs inside the trap within 20 seconds. This prevents false alarms, such as when a leaf lands in the trap.

Sometimes called “living flypaper,” the sundew has long, tentacle-like leaves that are covered in sticky hairs. The plant’s nectar attracts flies, mosquitoes, and other prey. Once an insect gets stuck on a leaf, that leaf will curl up, trapping the victim so that the plant can digest it. 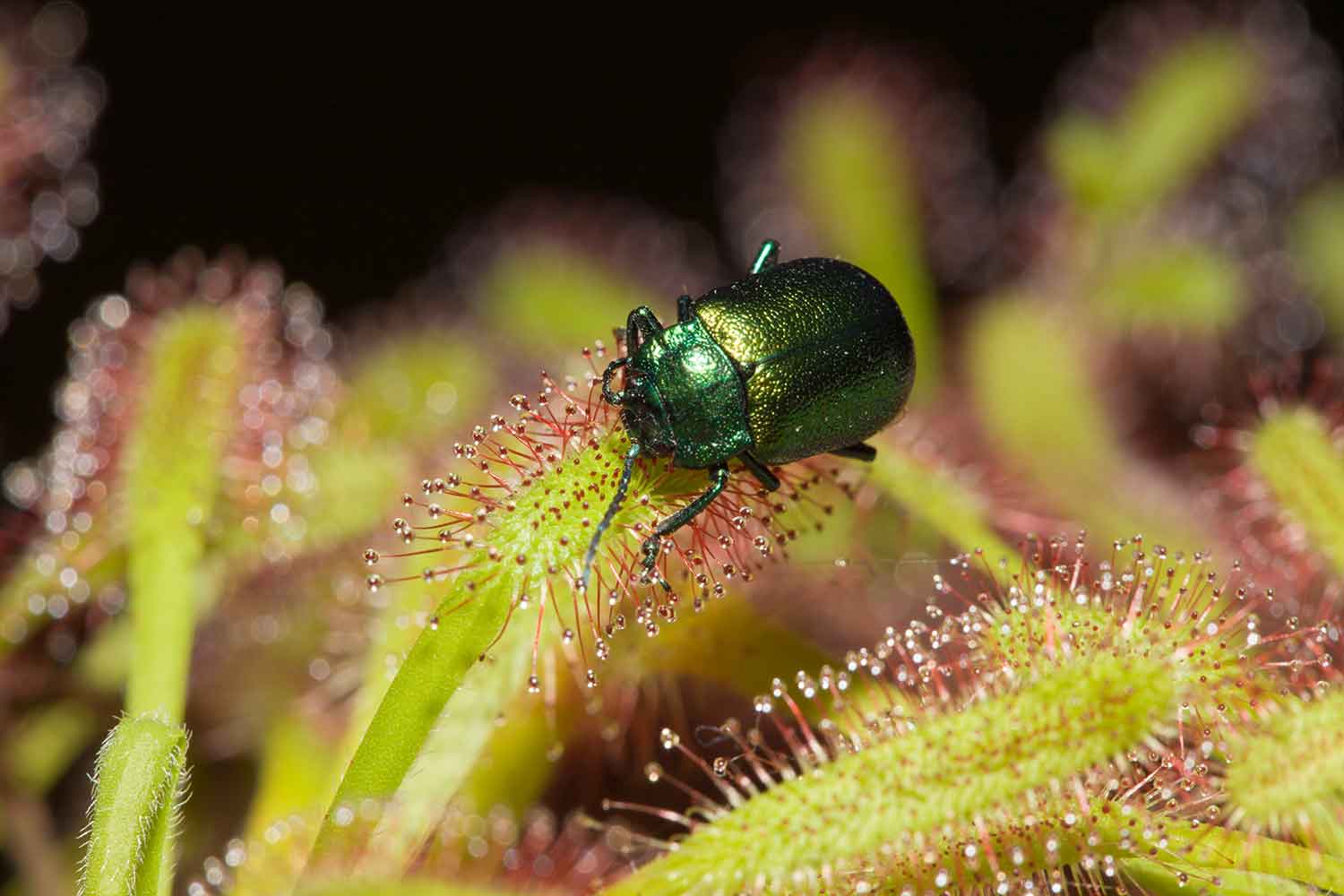 © Reinhard Dirscherl—The Image Bank/Getty Images
The sundew attracts insects that get stuck on its leaves.

The sticky, pearl-colored goo on the leaves of this plant looks a bit like butter—or drops of water. Insects that land on the butterwort to get a drink find that the goo is so sticky they can’t escape. Then—you guessed it—the plant begins to digest them. 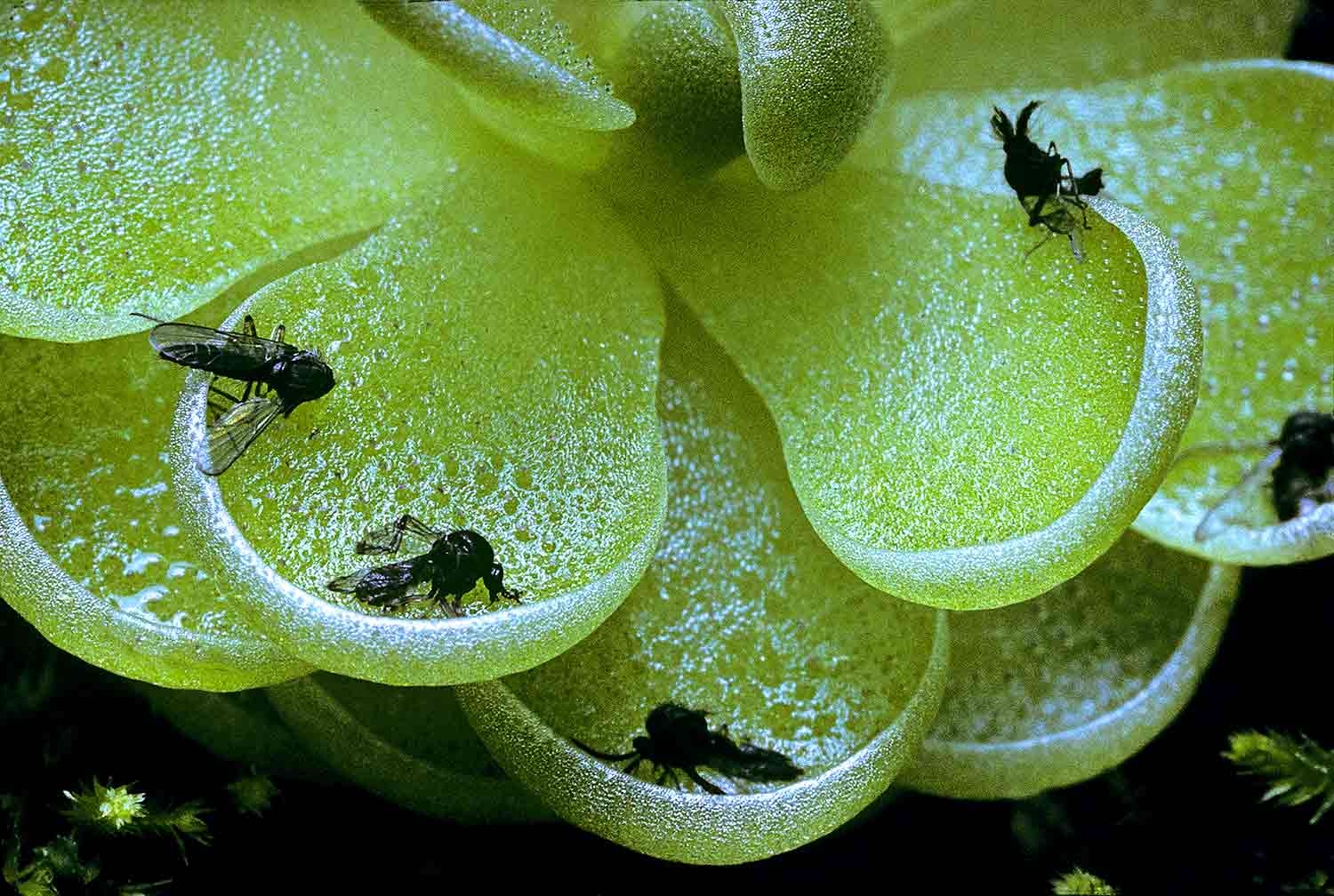 There’s a lot more to learn about different species of pitcher plants.

:  located or living under the surface of the ground

Can you solve the puzzle?